How are Raw Observations Processed to Obtain Pure CMB Data?

I'm confused about how they identify and subtract radiation from unwanted astronomical sources while measuring the Cosmic Microwave Background Radiation.

Here's what I initially guessed:

The problem is this: in point 1. we already assume isotropy (which is one of the things we want to prove) and we don't know whether what we've subtracted includes a component of CMB as well.

Also since we don't know the exact location of each and every galaxy, dust cloud, etc. in the observable universe we can't rely on point 2. We may always think we are looking at the CMB but may be looking at some faint, red-shifted radiation from some astrophysical entity.

Because of this, I know my guesses 1 and 2 (and maybe even 3) above are wrong. My lack of knowledge about the nature of radiation from specific astrophysical bodies makes it even harder for me to draw conclusions. So I was wondering if somebody could explain how it is actually done.

P.S. I have read the question How do we tell the CMB apart from other radiation? but the discussion there is limited to a very specific construed case and I'm interested in a slightly more detailed, but qualitative description of the actual procedures used currently by experimentalists which I know are much more complicated.

The main way that, for example, Planck, removes foregrounds is by making observations at a variety of different frequencies (see image below). This allows comparisons between the different maps that make it much easier to remove astrophysical foregrounds. This does involve prior knowledge of the types of radiation that are most prominent (synchrotron and thermal dust). The accuracy with which Planck does this was vital in challenging the BICEP data a few years ago when their neglecting of the emission from dust led to an announcement of a detection of B-mode polarisation from inflation.

With regard to your 4th point, Planck's predecessor, WMAP, didn't use the data from the galactic disk due to the high intensity of foregrounds here. I'm not sure if Planck does the same (they certainly show cleaned maps of the full sky on their webpages).

Finally the Doppler shift of the CMB due to relative motions of the galaxy and the Earth are easily subtracted. The method for this is a little more mathematically involved, however. The basic idea is that we can deconstruct the full map in terms of a sum of functions (spherical harmonics) and the dipole caused by the relative motion only affects one of these (the one for which l=1) which can consequently be ignored. (look here http://background.uchicago.edu/~whu/intermediate/map5.html for more details). 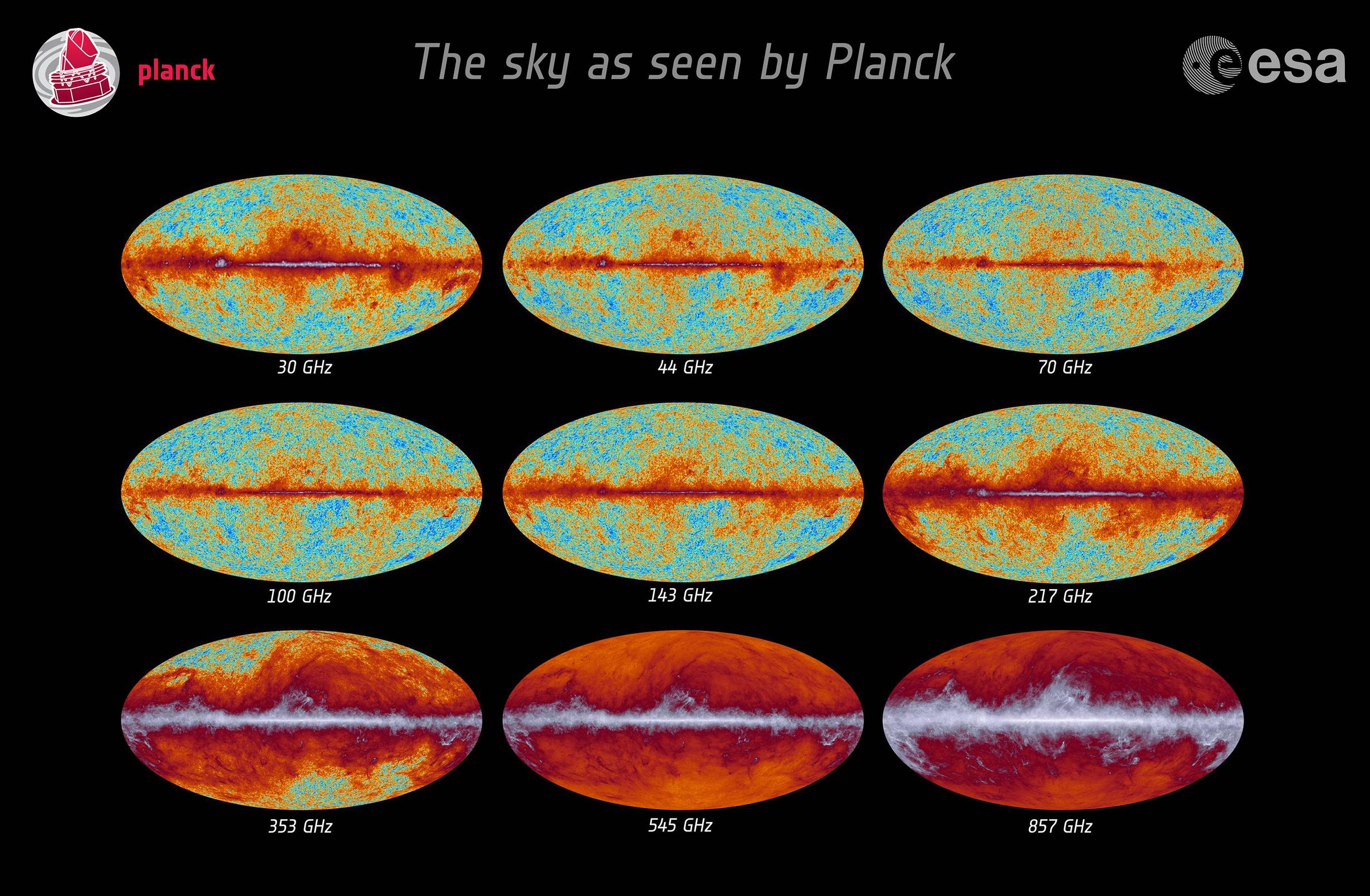 3
How do we tell the CMB apart from other radiation?
2
CMB absorption by interstellar medium and contamination with galactic microwave photons

12
How/why can the cosmic background radiation measurements tell us anything about the curvature of the universe?
11
How the CMB anisotropy is linked to the existence of cold dark matter and dark energy?
5
Recent Planck probe results: how unexpected?
3
How do we tell the CMB apart from other radiation?
3
Finding the CMB temperature anisotropies contributed at different orders due to a uniform boost
0
How to distinguish between primordial versus kinematic anistropies of CMB
3
Does the pattern of CMB anisotropies change over cosmic time?
1
Cosmic microwave background dipole anisotropy
0
How can cosmologists distinguish between CMB variations caused by dark matter and those created by baryonic matter?