Second Law of Dynamics and Pulleys 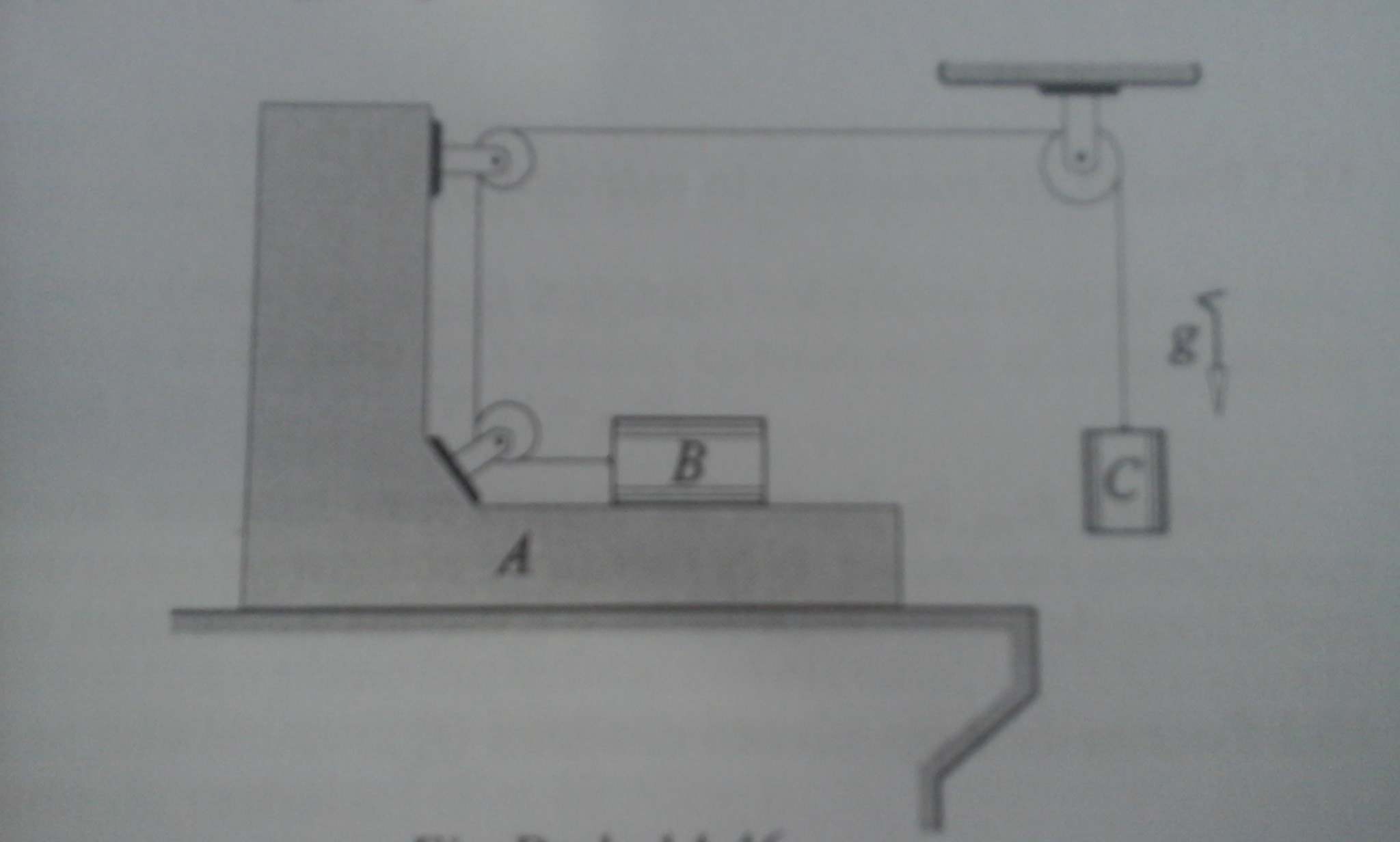 The book solve the problem in the inertial frame of reference of Earth. He writes Newton's Second Law for the three bodies (no problem here) and then say that we can consider the block $A$ as a "giant moving pulley", so we have $\vec{a_{A}} = \frac{\vec{a_{B}}+\vec{a_{C}}}{2}$, and then, combining the Second Law with this vector equation, we have $a_{A} = 2\;\mathrm{m/s^2}$ I understand the vector equation for moving pulleys, but I don't understand why we can take the block $A$ as a "giant moving pulley". Can someone explain this please?

I think it is easier to consider to the string length. String length is constant, so we have: 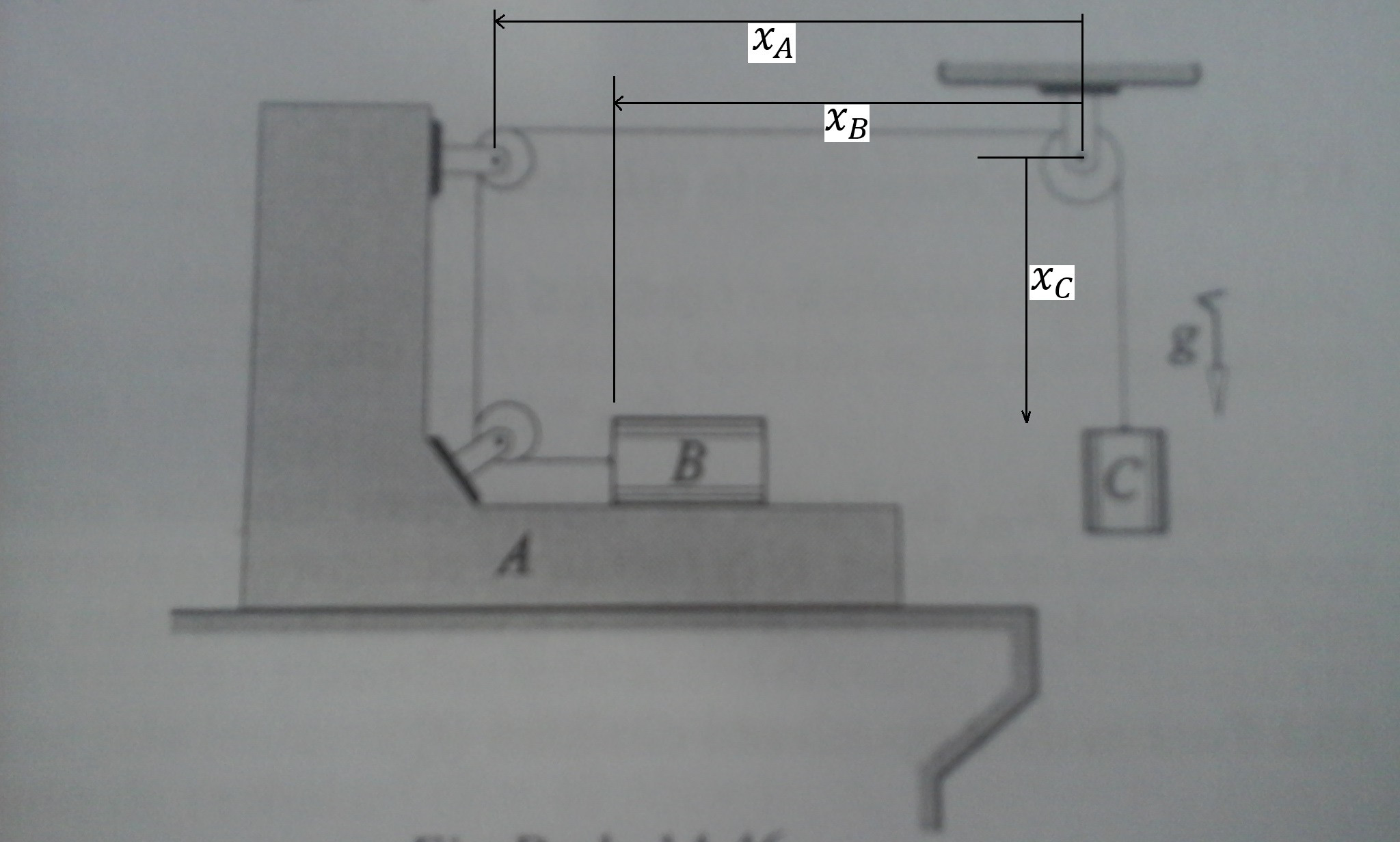 Now, we have four equations and four unknowns so that we can solve them.

The system can be reduced to one with only one pulley: 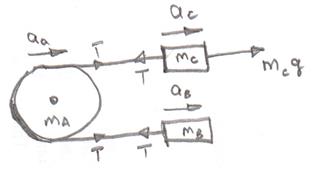 Using Newton's second law you can get three equations for each of the masses but as is often the case in such problems you need a fourth as there are four unknowns.
The fourth equation you find by looking at the geometry of the system assuming that the string is inextensible.

So you can imagine that Block B rests on the smooth table, instead of on Block A. Both Blocks A and B then slide on the smooth table. Block A is attached to the 2 small pulleys, and can be lumped with them into a single pulley which slides to the right, as in Farcher's diagram.

A word of caution : unlike the pulleys Block A does not rotate, so the "giant pulley" idea could not be used if the rotational KE of the pulleys had to be taken into account.

Not the answer you're looking for? Browse other questions tagged homework-and-exercises newtonian-mechanics equivalence-principle or ask your own question.

30
Why is Newton's first law necessary?
2
Force division of moving pulleys?
5
About reference frame in Newton's second law?
1
Rotational Kinematics - Newton Second Law
0
Angular velocity of two connected pulleys (halved velocity)
5
Why can we use Newton's second law for a massless pulley in this problem?