Why is it easier to go uphill on a lower gear?

In cars as well as bicycles, when we are on a lower gear, the driving wheel (the one on the wheels) has a bigger radius compared to when on a higher gear.

So on a lower gear the bike/car would move lesser compared to the higher gear for the same no. of revolutions of the engine.

Now my question is, why does that fact make it easier to go on a uphill on a smaller gear? Does that prevent slipping? Beacuse torque applied is more? Or what?

Can someone explain with a free body diagram?

The power input is roughly constant (that of a car is dictated by the total engine power while for a bicycle it depends on the user). The gear or similar tools adjusts the mechanical advantage so that a low gear will express the engine power in force rather than speed (recall that power is force times speed). On higher gears the force is traded in for speed.

It has to do with how the torque is transmitted from the pedal gear and the wheel gear. The chain transmits the force equally, but the change in radius produces a change in torque.

So if the wheel and the pedal gears are similar in radius, the behavior is similar to riding a mono-cycle: all torque applied is transmitted unchanged.

The opposite case is when the wheel gear is smaller radius: the torque applied is reduced in the wheel.

Now, you may wonder: "Then what is the point of having gears that reduces the effect of the force applied?"

The thing is that both are linked by the chain, and this also links the rotational speeds of the gears, so if the gears were the same radius all the time, the faster you would go means you would have to rotate much faster, to increase your linear speed. This situation is much better when the radius of the wheel gear is smaller, since small angular rotation in the pedal gear, multiply and generate higher revolutions in the smaller one. Hence, you can make it go faster maintaining a normal pedal rotation for you.

I think we should focus on hike of potential energy within us during climbing through a ramp. That`s why, when we climb either by cycle or walking, we feel it bit laborious. So, taking higher gear ratios, will increase the velocity definitely but it will take more effort making it MORE laborious than usual.

I am sharing a link of a video tutorial with numerical explainaion how gear ratios effects on speed:-
click here to watch it.
N.B.-Same thing(lower gears) must be maintained when driving a motor-vehicle uphill. Otherwise,the engine can be stalled or permanent damage can take place.

Here is my answer. I think it's self explanatory enough: 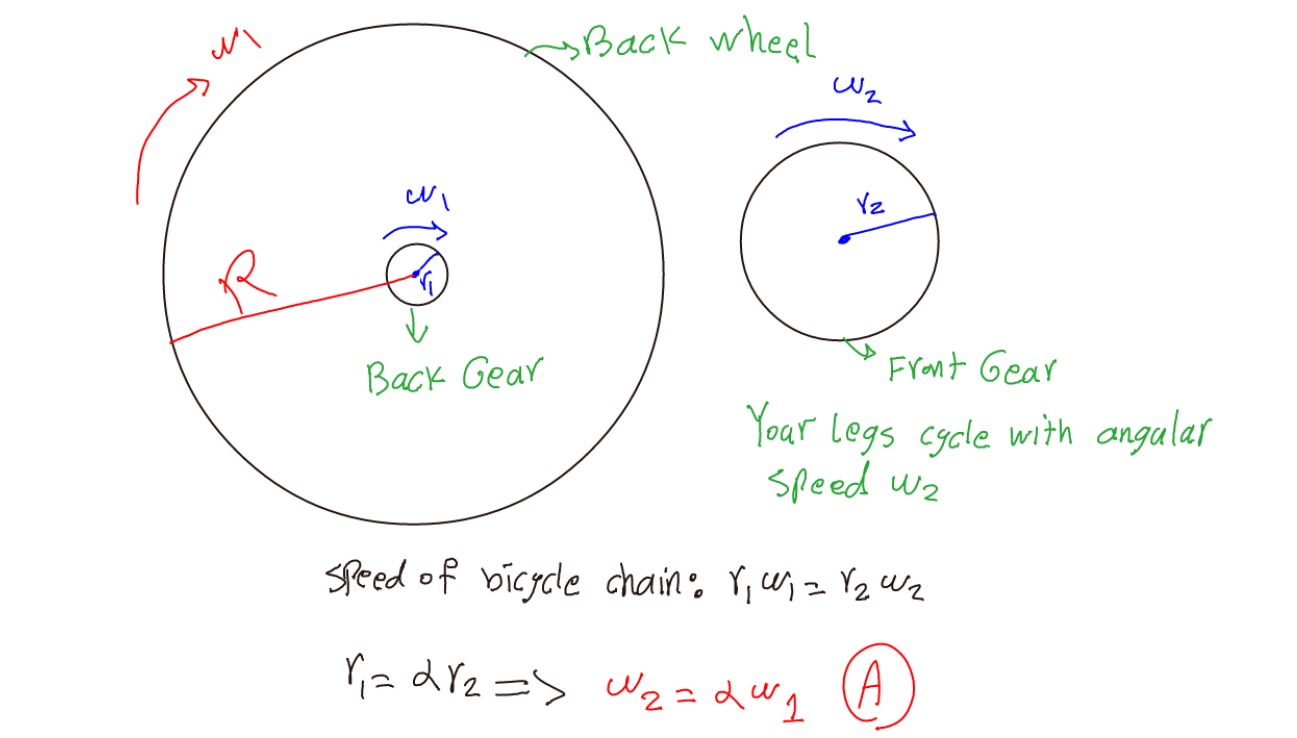 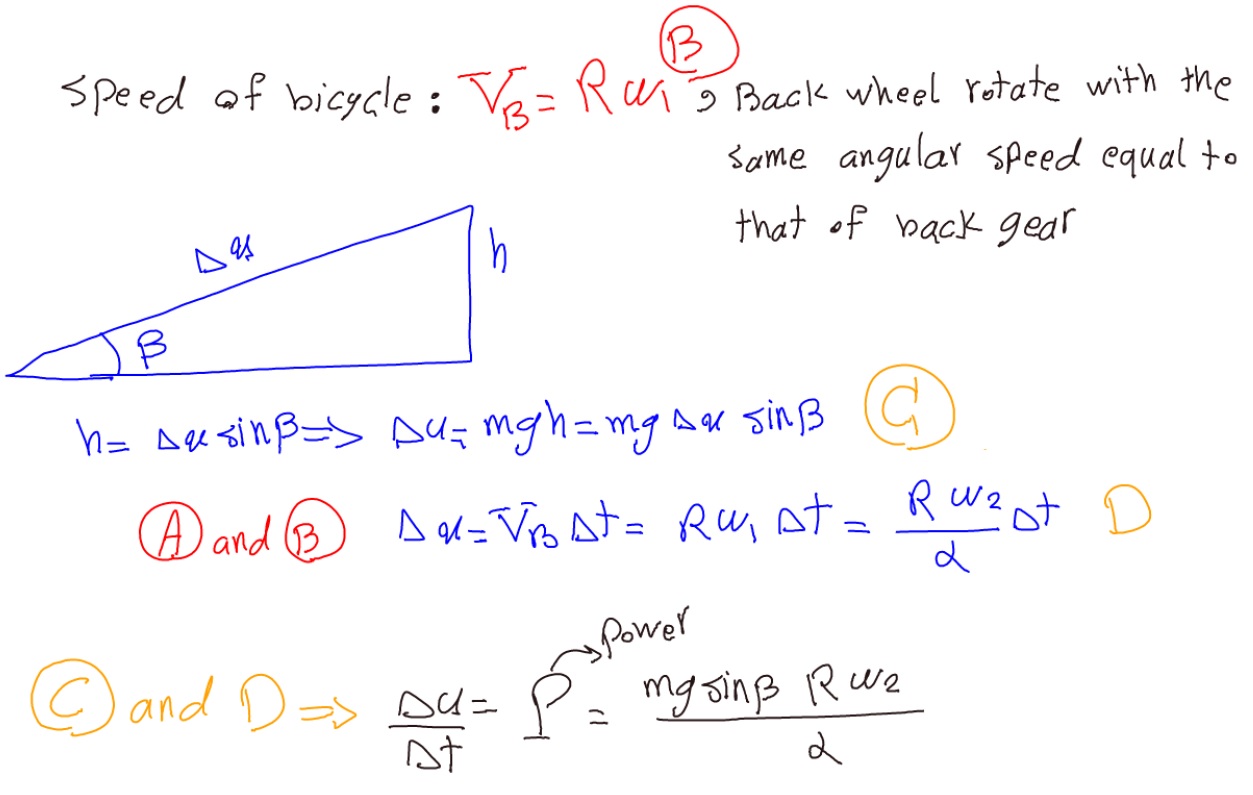 Because of hp and torque. When in a low gear, the rpms are higher and the hp and torque kicks in at higher rpms.

Not the answer you're looking for? Browse other questions tagged newtonian-mechanics classical-mechanics forces torque or ask your own question.

7
When driving uphill why can't I reach a velocity that I would have been able to maintain if I started with it?
2
Calculating the acceleration of a car
7
Tractor wheels — large vs small
0
Why do systems with a fixed gear-ratio still use gears?
2
Relation between force and torque for a set of gears/bicycle
18
In car driving, why does wheel slipping cause loss of control?
3
Newtonian Mechanics - How does something like a car wheel roll?
0
Power in 1st Gear
0
Force to start moving a car
0
How to estimate the frictional losses of a car drivetrain?