How did steady-state universe deal with entropy?

Until the 1960's the general consensus was that the universe is infinite years old (steady-state).

The second law of thermodynamics says that entropy always increases, so we'd expect that within a finite amount of time after "the beginning" the universe would be ultimately "white noise".

In other words, how could there be stars, planets or "things" if infinitely amount of years ago there universe would be totally chaotic?

I would like to answer with the words of L.D. Landau, from his book Statistical Physics (first edition $1958$): 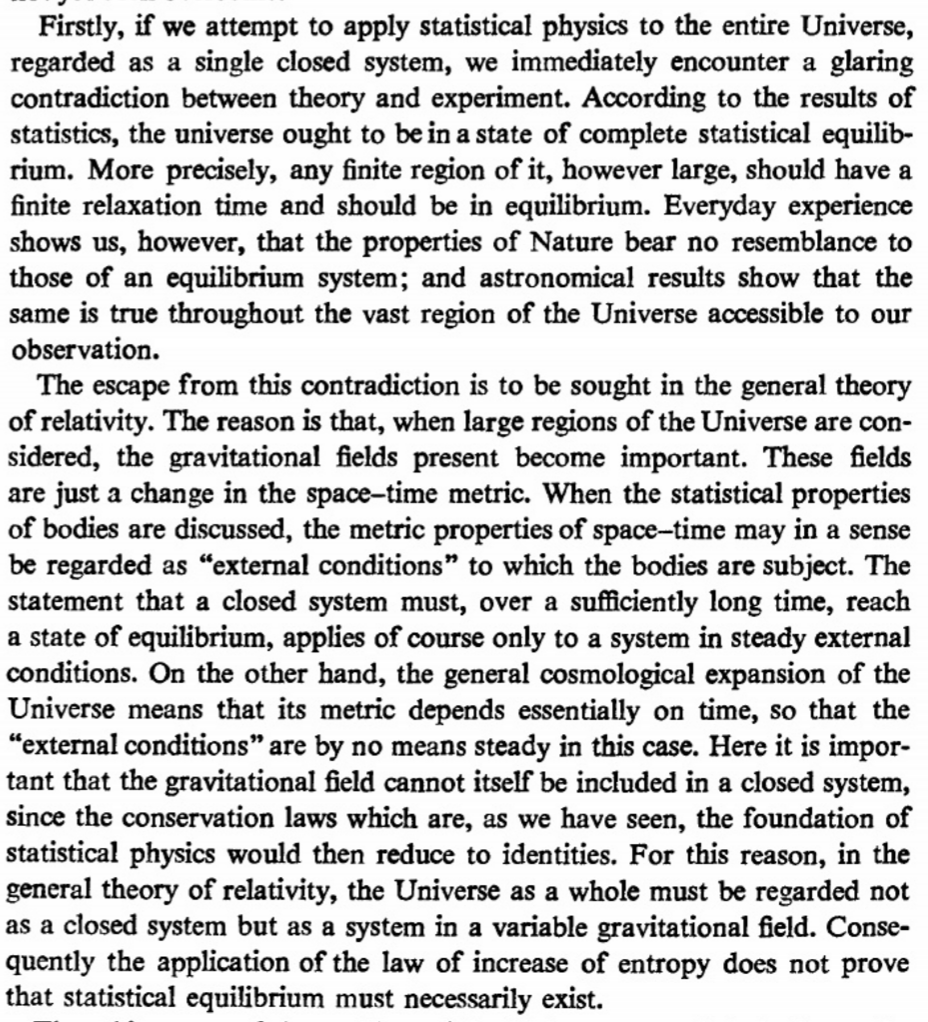 The second law of thermodynamics says that entropy always increases

That is a common misconception. Second law of thermodynamics applies to thermodynamic systems and talks about changes of their equilibrium states only.

Thermodynamics says that entropy increases in a closed system.

The Steady State Theory claimed that the universe was not closed.

In 1929 Hubble showed that the universe is expanding. To explain how an expanding universe can be Steady State, they claimed that new matter was created continuously to keep the density constant.

This new matter would have very low entropy, thereby letting entropy have a Steady State too.

Not the answer you're looking for? Browse other questions tagged thermodynamics cosmology entropy history or ask your own question.

18
How long will the Universe's hydrogen reserves last for?
6
Entropy of an empty universe
28
Why was the universe in an extraordinarily low-entropy state right after the big bang?
4
Looking out into the universe means looking back in time - how does that work?
16
Victorian cosmology after the second law of thermodynamics but before relativity?
2
How does the second law of thermodynamics follow from low entropy of early universe?
7
Entropy and gravitational attraction
2
Does ΛCDM imply infinitely many Boltzmann brains?