Can anyone really state , what is meant by "thin spherical shell/thin sphere"?

Generally speaking, it depends on what is given to you.

Keep in mind that whether it was hallow or not, for a conducting sphere you will always have $\rho _v=0$ and all the charge distributed at the surface as $\rho _s$.

Now, a spherical-shell is simply a 3-D spherical shape defined as the region between two concentric (empty) spheres. Just like the area between two circles but in 3-D. 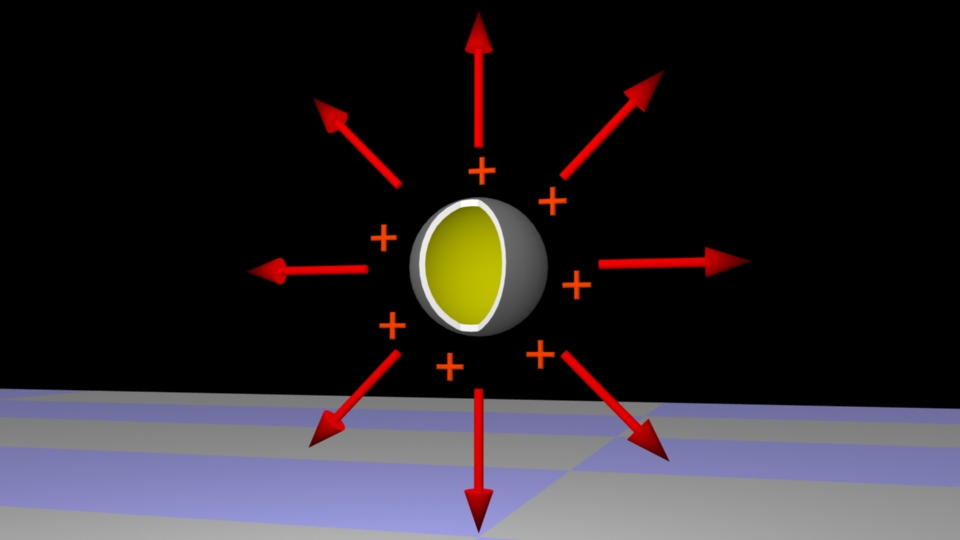 A charged spherical shell cut-away section may look like the image here, with thickness being very small relative to the diameter.The thickness is the conducting portion and the charges should be accumulated on the outside of this hollow sphere, with zero charge inside the hollow portion.

Not the answer you're looking for? Browse other questions tagged electrostatics electric-fields symmetry charge gauss-law or ask your own question.