Imagine a magnetic conductor with a cylindrical cross section, surrounded by a coil with a time varying current of $$I = I_0\cdot \cos (2\pi f t)$$ The conductor is split into two parts, the first with a conductivity and a relative permeability of $\kappa, \mu$, the second with $4\kappa, \mu$. There is a magnetic field $B$ through the conductor, which is caused by the current and therefore time varying as well: $$B = B_0\cdot \cos (2\pi f t)$$ 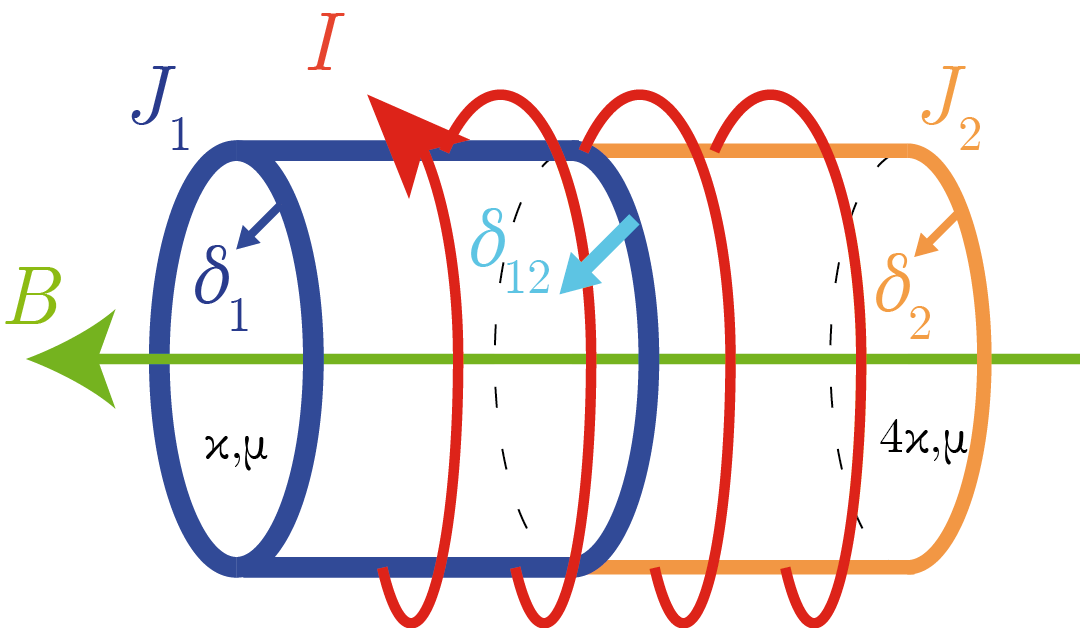 The change of this magnetic field induces a voltage inside the material and causes a current density $J$. This current density has the value $J_1$ on the surface of the left conductor and $J_2$ on the right side.

where a $\alpha$ is the propagation constant. I found out by simulation, that at the boundary between both materials, the blue one, and the orange one, applies:

But I'm really struggling to prove that. Can someone give me some hints, how I could get these relations analytically? 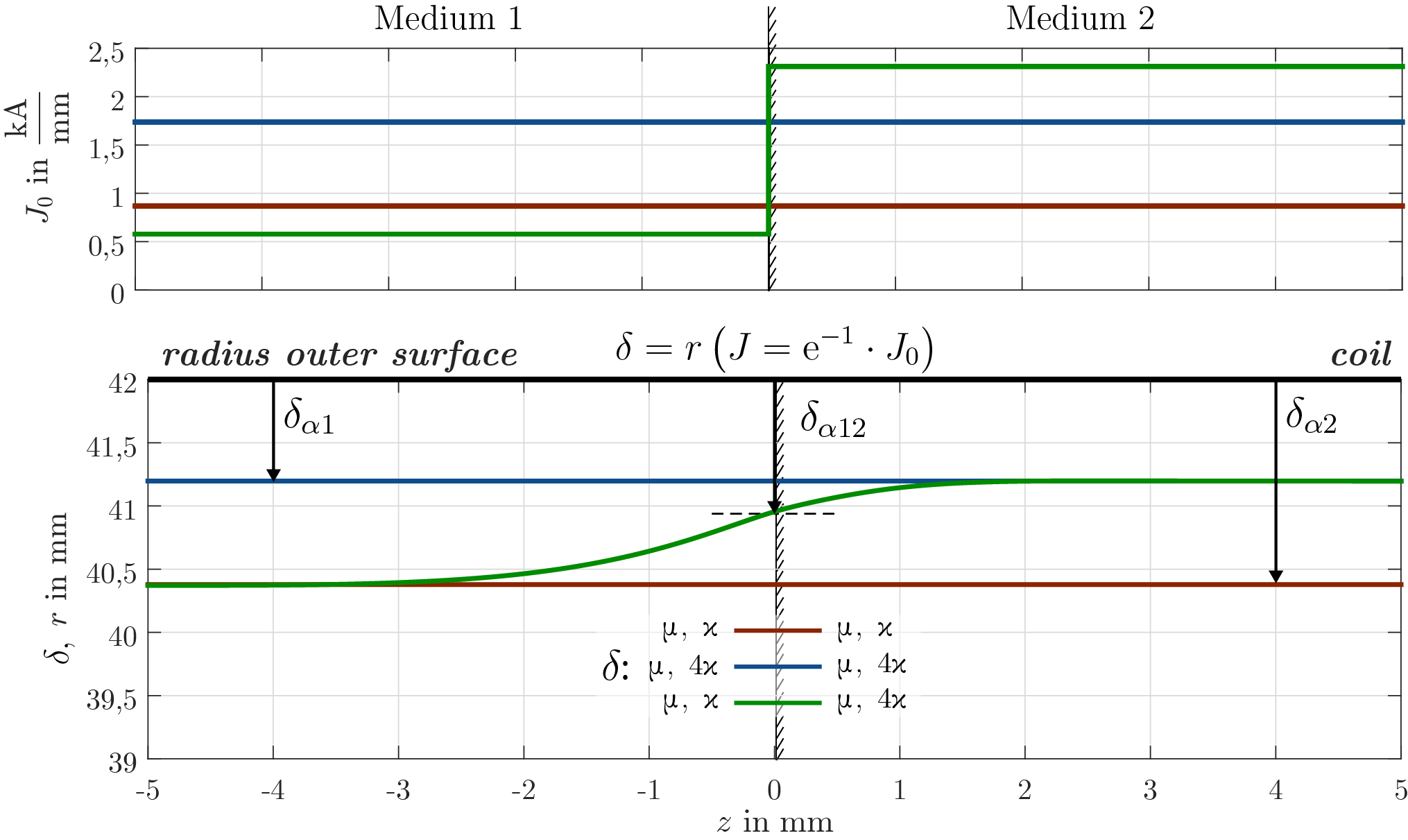 Well, I hope I didn't go too much off track. I'm open for discussion.(possible solution path is on the bottom)

I would now suggest to look at it similar to a semiconductor PN-junction problem, and calculate the change of $\kappa$ on the interface due to the differences in charged particle density. The drift currents will do the charge compensation on the interface.

So the diffusion current is: $$I_{diff}=qD\frac{dn}{dx}$$ Using this formula you get some current, this affects the local $\kappa$ and creates a $\kappa'$. Using this value you should get the $\delta$ on the boundary(and even the functional dependence on the distance from the interface).

Not the answer you're looking for? Browse other questions tagged electromagnetism waves or ask your own question.