How to calculate the velocity needed for a rocket to get to a L1 point (escape a body without orbiting)?

I'm looking to calculate parameters around launching, say, a model rocket STRAIGHT to the moon. This does not mean through orbital insertion into a stable ~17,000 MPH relative to earth's surface and then Hohmann Transfer maneuvers.

What I mean is reaching an altitude that would correspond to the Earth-Moon L1 Lagrangian Point https://en.wikipedia.org/wiki/Lagrangian_points, with a minimal amount of velocity left to fall toward the Moon. For the purposes of the calculation, this could mean getting there with zero velocity (though it would need just a slight bit more, and have to be timed perfectly with the Moon's rotation). 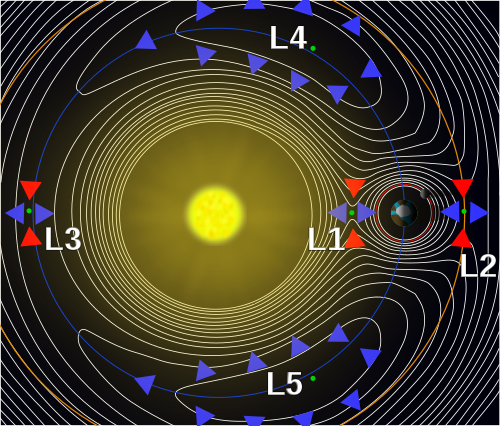 4.Without air resistance, how much energy would be required to get a given mass to this altitude?

5.What does the formula for this look like (getting to a specified altitude of a given astronomical body)?

The formula above it for a two body system, along the center line of such a system. You could replace $d_{L1}$ with a smaller distance if you want to go less than all the way to L1 along this line.

6.If you were to launch from, say, 100km up with a few weather balloons, how would the formula need to be adjusted?

7.What type and how many rocket engines would be required to get a tiny model rocket to this altitude, regardless of feasibility?

8.Other than the issues of landing safely, would this be a more efficient way to transport supplies to the moon if they could survive the crash landing?

If fuel is not used to make a soft landing on the Moon, this would definitely increase efficiency.

None of the above considers the gravitational potential of the Sun. If you don't mind crashing into the Moon, launching when the Moon is between the Earth and the Sun would minimize the amount of energy needed. This would add a third term involving the Sun's mass and distances to the Sun to each of the potential energy equations.

As previously suggested by user "I like Serena", since Earth is rotating about its own axis, a rocket launched from Earth will have an initial velocity component due to this rotation. It is optimal to launch from near the equator to take advantage of the maximum velocity due to rotation, as well as greater Earth diameter/less gravity. Launch should be timed such that the rotational velocity component is directed to the Moon as much as possible, at which time the direction of the Moon will be generally eastward.

For more information on low energy transport to the moon, without using Hohmann transfer, and without crash landing, see Low Energy Transfer to the Moon. An alternative low-energy approach was used by the 1991 Japanese Hiten mission.

To calculate the energy required, use the law of preservation of energy, which dictates that:

Btw, note that a rocket would and should not launch straight up, but in the direction of earth's rotation to gain the maximum benefit of that rotation.

Not the answer you're looking for? Browse other questions tagged gravity rocket-science or ask your own question.

8
Effects of space mining on Earth's orbit
4
Could we make a trebuchet that could launch objects to a stable orbit?
9
Calculating Atmospheric Pressure on an Imaginary Planet
8
Can we escape Earth's gravity slowly?
3
What would have been required to boost Mir into a stable orbit?
16
Why do we launch rockets during the day?
1
In a rocket, when is the Earth's gravitational field negligible?
2
Projectile Path Farther Away From Earth