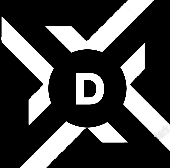 I am an avid programmer with two years of experience. My first programming language was Java (I started it 6 years ago), but I quit because I thought it was too hard. I picked up after 4 years with Windows Batch, then Visual Basic Script, then Javascript, then Python, then C#, and now Ruby. I have learned and experimented with other languages along the way, but I haven't learned enough about them to include them. I also have knowledge of over 12 languages, including Python, C#, Ruby, HTML, Javascript, a little bit of Java and C++, and more. I am also currently developing my own language, called Delkarix. It is mainly programmed in C#. It is currently about 20-25% done. The idea had arisen 6 years ago, the concept had arisen 2 years ago, and the development had began 1 year ago, being written first in Windows Batch, then Javascript, then C#, then in Python, then Ruby, and in C# once again. I will most likely be finished by Winter 2019 (assuming I work nonstop on it).

We respect a laser-like focus on one topic.

This user hasn't posted yet.