A phase transition is a change in the nature of a phase or in the number of phases of a system as a result of a change in the external conditions. Examples: melting/freezing, vaporization/condensation, ferromagnetic transition, superconducting transition.

A phase transition is defined as

A change in the nature of a phase or in the number of phases as a result of some variation in externally imposed conditions, such as temperature, pressure, activity of a component or a magnetic, electric or stress field.

To the order parameter are associated a thermodynamic potential $G$ (usually the free energy) and a conjugate field $H$:

For example, in a ferromagnet the conjugate field of the magnetization is the external magnetic field $\mathbf h$.

The other derivative of the thermodynamic potential is the entropy:

Other relevant quantities are the susceptibility $\chi$ and the specific heat $C$: 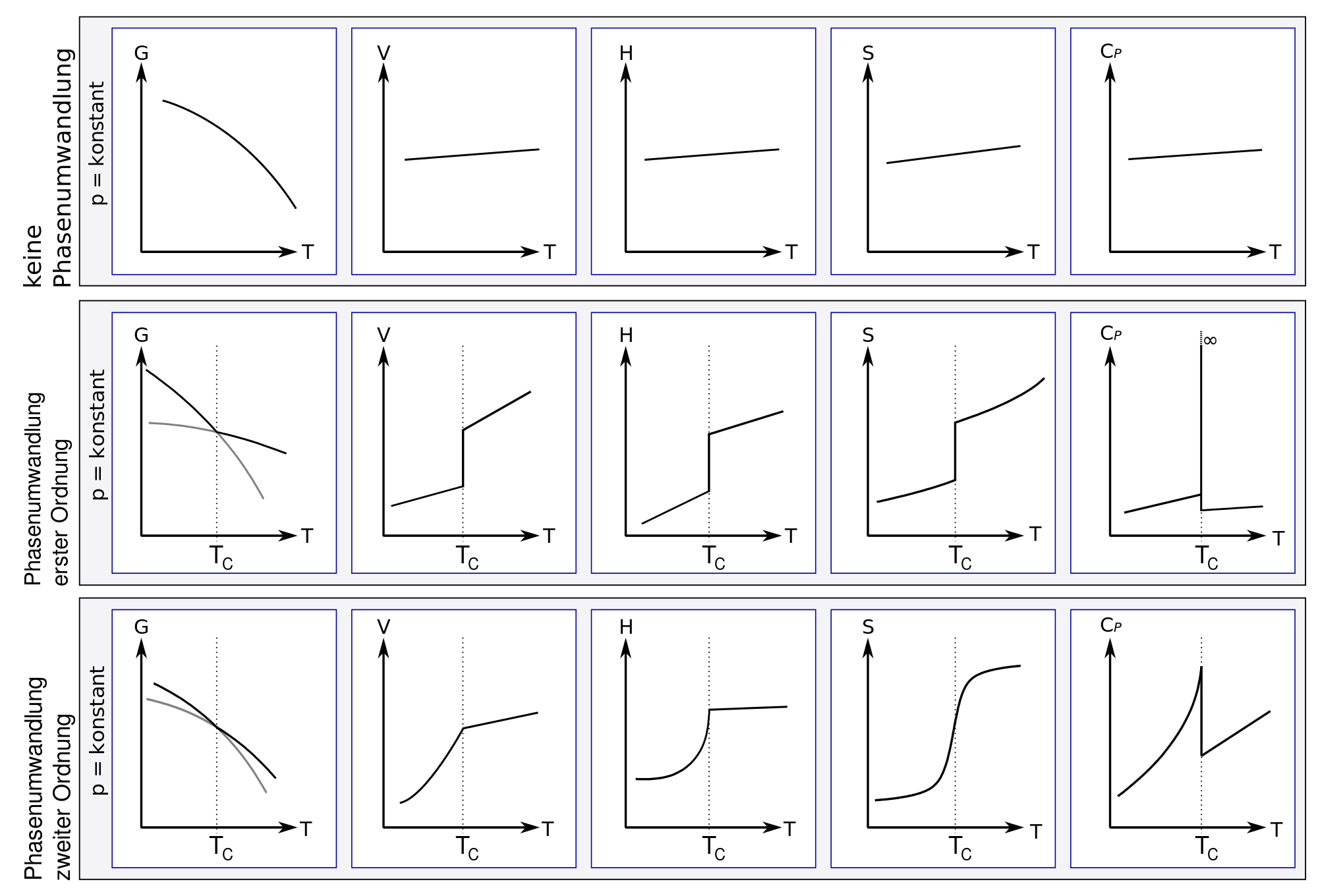 Second-order phase transitions are characterized by a power-law singularities in the susceptibility and in the specific heat at the critical temperature $T_c$:

In addition, we have the relations

The exponents $\alpha,\beta,\gamma,\delta$ are known as critical exponents. The following relations are valid in general:

Why does snow disappear without melting?

Is the pressure always the same for each phase of a two-phase system?

Does the intermolecular forces change during phase transition?

Does the intermolecular forces change during phase transition?

Why does snow disappear without melting?