objects distorted by the earths curvature

We are doing a project where we hope to make people think about the fact that the earth is round.

We want to imagine if we in London could see others places in the world and how the earths curvature would distort them.

We want to make chairs.

How would we make this exact ? We are trying to find the degree of curvature of certain places in relation to london. We hope to distort a model of a normal chair in software like CAD by inserting a 'degree of curvature' .

The curvature of the Earth is not enough to really 'curve' any object that's city-sized or smaller. The reason for this is that the radius of the Earth is really big.[citation needed]

To make this more precise, say you make your chair one metre wide, and you have the edges pointing towards the centre of the Earth. You can then form an isosceles triangle between the chair's top and the Earth's centre, whose sides are $w=1\,\text m$ and $R_\oplus=6,370\,\text{km}$, so that the angular deviation from parallel edges is, to very good accuracy, $$ \delta\theta=2\arctan\left(\frac{w}{2R_\oplus}\right)\approx\frac{w}{R_\oplus}\approx2.7\times10^{-9}{}^\circ. $$

If you want to get the curvature of the Earth to be noticeable, you need objects and distances that are comparable with $R_\oplus$. As you note, inter-city distances are often on this scale.

Thus, one thing that I would suggest is having a 'roadsign' that points to where the other cities actually are. For example, the distance from London to Sydney is, as the crow flies, $d=3,465\:\mathrm{km}$, and this means that they subtend an angle of $$ \theta=\frac d{R_\oplus}\approx 0.54\:\mathrm{rad}=31^\circ. $$ This means that if you're in London and want to point straight to New York, you need to point west-by-northwest but also about thirty degrees below the horizon. 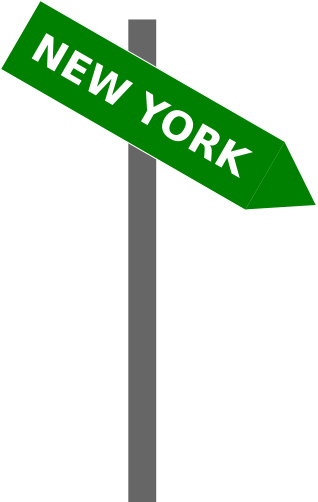 That is, I think, your best shot.

KISS. Have a tall ship cruise toward shore from 50 or more miles out. The crow's nest appears then down the masts to the ship's deck. Calibrate mast length vs. distance and you have an empirical measure of curvature at sea level. The math, entry below, is explicit.

Not the answer you're looking for? Browse other questions tagged experimental-physics earth curvature or ask your own question.

1
How far do we need to be removed from the earth to show the curvature with a viewing angle between 42 and 48 degrees?

1
Are there any good references on the "gravitational" curvature of spacetime of a moving mass being distorted due to special relativity?
3
The actual space curvature
1
Does the warped space around the Earth push objects towards the Earth?
5
Berry Curvature and Curvature Tensor
2
Derivation of the Berry Curvature and Bloch Magentic Moment in Graphene
0
What formula is used to calculate the drop off due to the curvature of the Earth?
1
Earths electric charge: is it neutral?