How does Fraunhofer diffraction depend on the orientation of the sides of a lens?

Matt in his answer on What does a hexagonal sun tell us about the camera lens/sensor? mentions

* a hexagonal aperture has six sides but only three unique orientations as there are three pairs of parallel sides.

I think It makes sense to have three pointed star in case of three blades.

But how does a six blade aperture also result in a three pointed star?

As has been stated in the answer you linked to, the propagation of light from the pupil of an imaging system to the image plane can be modeled by a very close approximation called Fraunhofer Diffraction.

Fraunhoffer diffraction is simply a Fourier transform (FT). Thus it is easier to write:

where $\mathcal{F}$ will represent the FT, including the necessary scale factors and substitutions mentioned.

A property of the FT important for this discussion is called Convolution Theorem. In terms relevant to this answer, this theorem states that the multiplication of two patterns in the pupil of the lens is equivalent to the convolution of the FT of those patterns in the image plane. We can write this as:

So how does this apply in the case of a camera lens? Well, in the pupil of a camera lens, there is some optical field -- i.e. some pattern of light on its way to the image plane. Keep in mind that it is not yet a clearly focused image, but an optical field which will become an image by the time it arrives at the image sensor. Also in this plane is the aperture stop, which blocks some of the light. This aperture stop can be considered as a function which is multiplied by the light field on its way through the pupil. It multiplies the incoming filed by 1 where there aperture is clear, and by 0 where light is blocked. In other words:

So what does $P$ look like? The exact computation of the necessary FT is messy and complicated, but there is a basic rule of thumb which provides a good qualitative description of the FT of some basic shapes:

Sharp edges in the input to the FT are represented by bright streaks in the output, with the orientation of the streak being perpendicular to the edge which produced it. 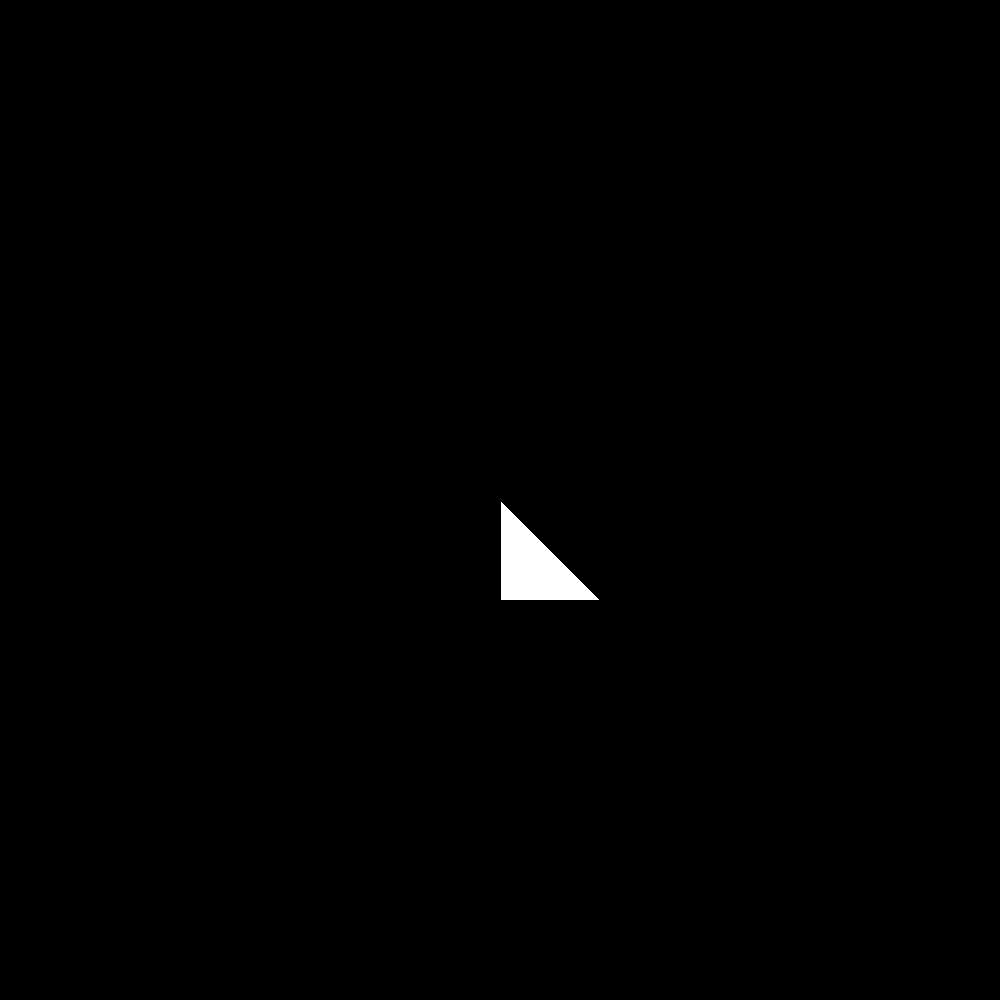 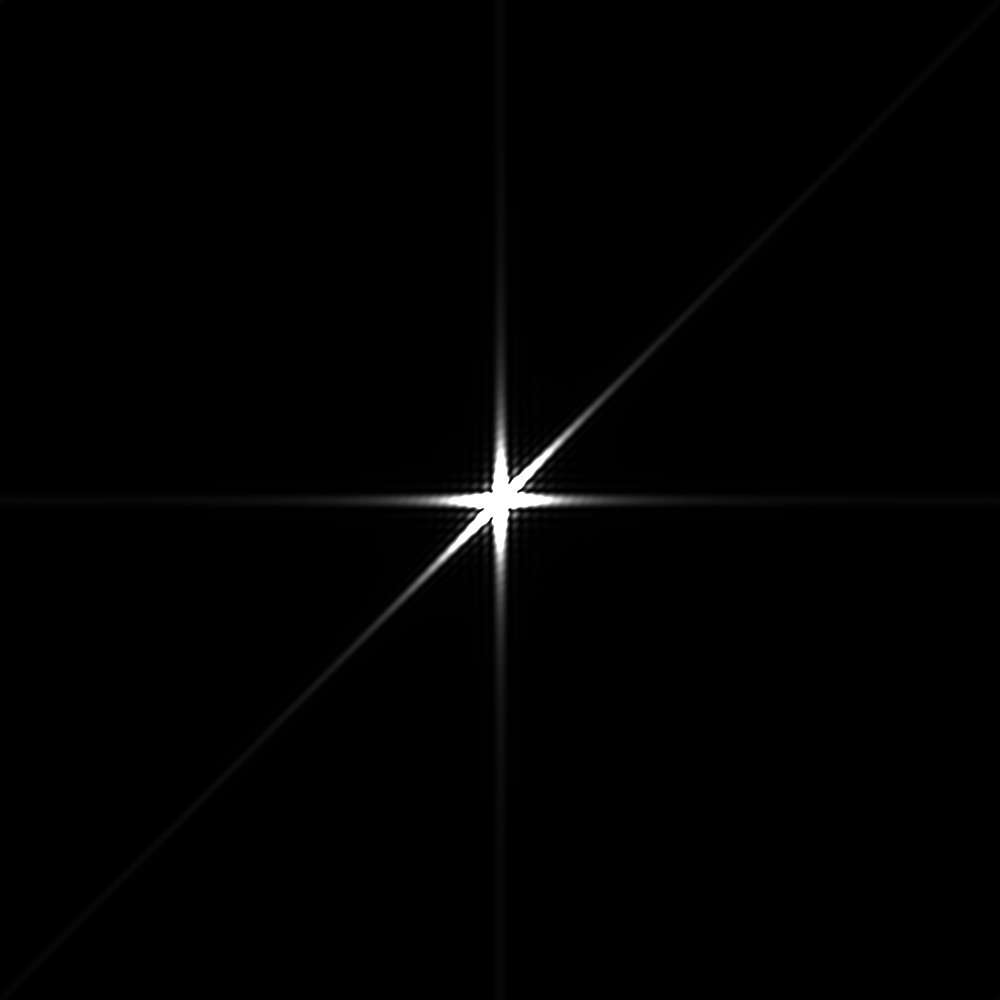 In the (more realistic) case of a hexagonal aperture, there will technically be 6 streaks, but because the opposite sides of a hexagon are parallel to each other, the streaks in the PSF will be in parallel pairs, so they will overlap and you will only see 3 distinct streaks in the image.

*This is only true in the case where the lens is optically perfect. In reality, aberrations in the optics also contribute to the PSF, but a description of that is beyond the scope of this answer.

Fraunhofer diffraction is virtually a two-dimensional Fourier transform. So we just have to attempt to make a Fourier transform of an appropriate function and see how many rays the resulting "star" look like.

20
What are these rays that appear in photograph of sun?
3
Fraunhofer diffraction simulation for a hexagonal aperture, what are the typical units?
-1
Why do we see discrete light spikes coming out from a light source?