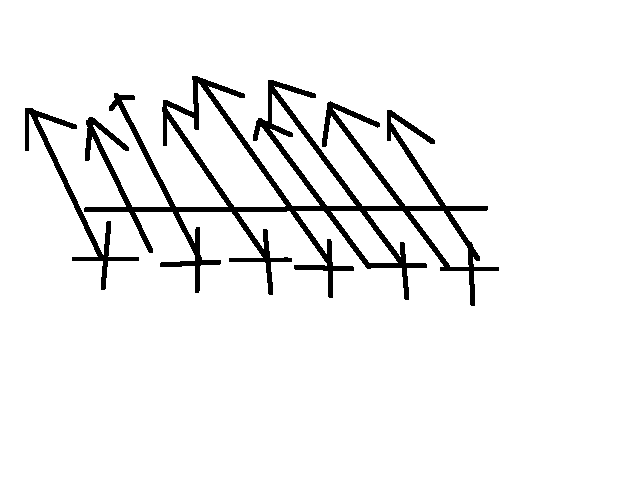 In the above diagram the field lines are not perpendicular to the surface, but they don't intersect any surface charges so there wouldn't be any movement and the system would be an equilibrium. So why is the book's explanation valid?

Maybe the picture below can help: 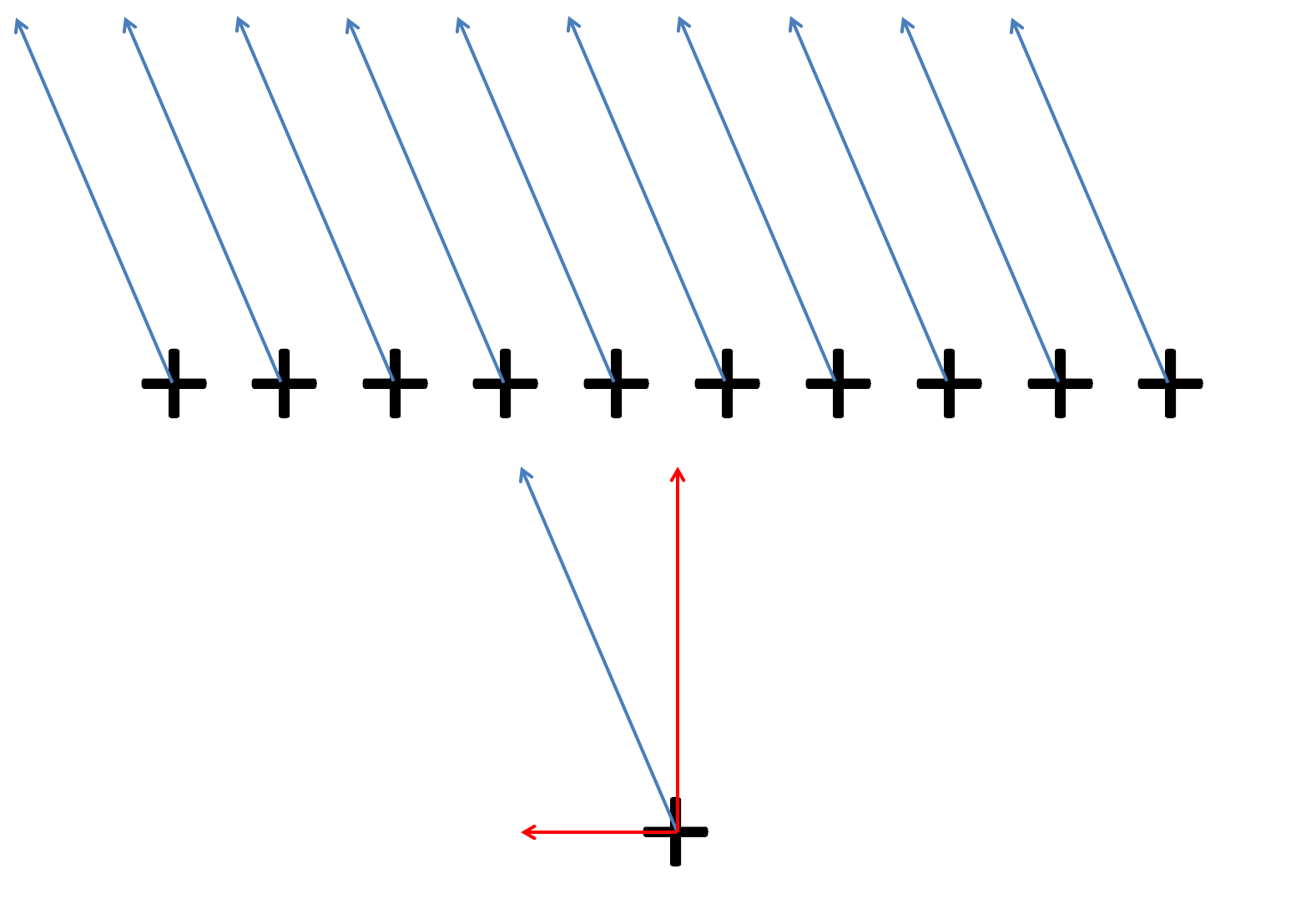 It can get a little confusing, but keep in mind that a vector field has a vector associated with each point in space, and when you draw vectors that represent the field, the vectors you draw represent the field exactly at the tail of the vector (the point where the vector begins), and nowhere else, no matter how long the arrows are. So then the length is just telling you the strength of the field at the point corresponding to the tail of the vector, and the direction is telling you the direction of the vector field at the point corresponding to the tail of the vector. In other words, we don't care whether the vectors "intersect" a charge when we draw them, because the vectors are only telling us something about the point at which they originate (their tail) and nowhere else. (i.e. In my picture, I know something about the field at each charge, but nowhere else. Even though the vectors extend up and to the left, they are telling me nothing about the electric field at points above and to the left of the charges, only exactly at the charges. Thus each of these charges feels an electric field to the left, as drawn (and also a component pointed up). These components are shown in red in the bottom part of the figure. Since they (the charges) are in a conductor, they are free to move to the left as long as they feel a field pointed that way. (They won't move up though, because they would have to jump out of the conductor to do that, assuming these charges are lying on the surface of a conductor.))

I hope that helps to clear it up. To reiterate, these vectors tell us about the field at each of the charges. So each charge must be feeling a field (and therefore a force) to the left, with the vectors as drawn.

Dfg, you have not drawn an equilibrium electric field and the charges will move. We can decompose the field you drew into two parts -- the perpendicular part, and the horizontal part. This horizontal part pushes the charges to the left.

You are confused about the field lines not intersecting the surface. In this case they do. Outside of equilibrium, fields can permeate conductors, and fields can have components parallel to the surface.

Perhaps it makes it clearer to think about it this way: imagine you had a conductor in equilibrium with all of the field lines perpendicular to the surface of the conductor. Then you apply an electric field to the left. Before the charges have time to move, you draw a picture of the fields and charges. That is the picture you drew.