Blueshift and increase in energy! 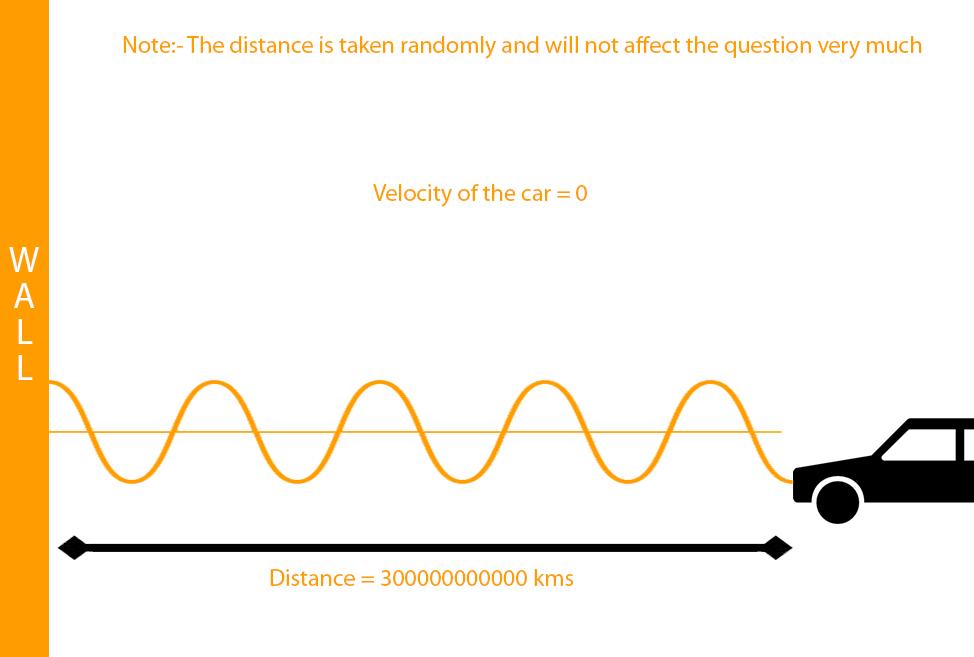 Imagine that there is a car and it is not moving but its headlights are on. There is a wall in front of the car but is very far away. Right now energy is being used only in switching on the headlights. Now the car starts moving at a very high speed. 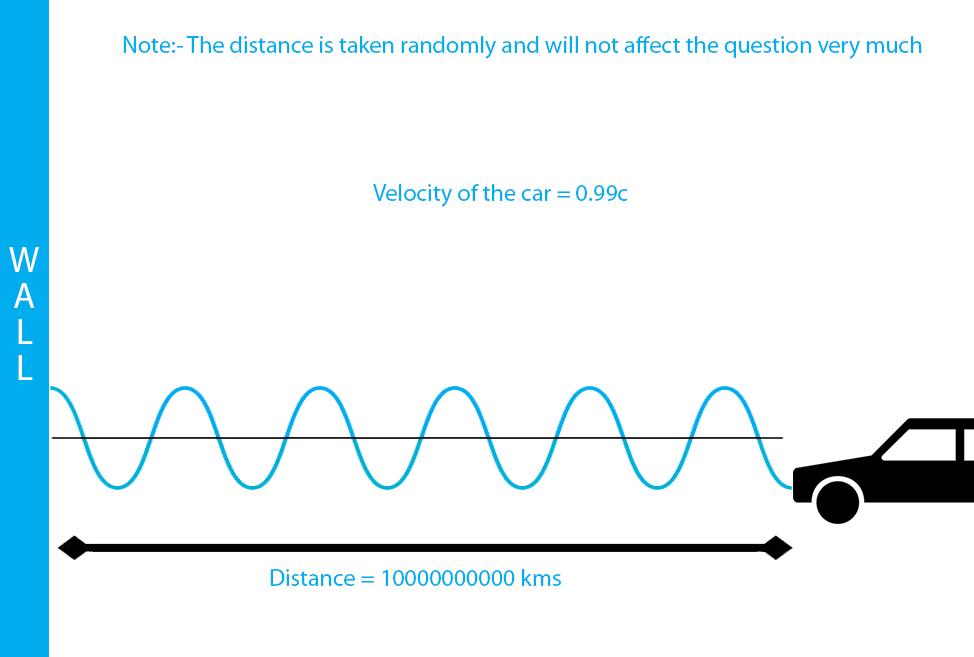 As I have shown in the picture, there is a blueshift of light and so the energy of light emitted per unit time has increased. Now my question is that from where does this extra energy come from.

Some arguments that prove that extra energy is generated. If the car was moving without the headlights off but at the same speed, the energy would have been used in the movement of the car. Now if the car was not moving and only the headlight was on, the energy would have been used in powering the headlight. But when we take both the cases simultaneously, then we see that there is an increase in the net energy. For further explanation I will give some equations.

So from where does this extra energy of light come from?

The extra energy comes from the kinetic energy of the moving car. The radiated light is carrying away some momentum and is decreasing the speed (and therefore kinetic energy) of the car.

There is no extra energy - the blueshift is due to an increase in the observed frequency, not the actual frequency. The light is still being emitted at the same frequency so the same amount of energy is used.

Not the answer you're looking for? Browse other questions tagged energy-conservation kinematics doppler-effect or ask your own question.

2
Finding Speed with the Energy Principle - Nuclear Fission
0
Are all effects that change color perception examples of redshift/blueshift?
6
Bremsstrahlung vs energy conservation
1
Relation between work, kinetic energy and potential energy
1
Conservation of mass energy and kinetic energy in different reference frames
5
Redshifting of light from a moving light source
4
Bending of light from a moving light source
25
trouble reconciling doppler shift for energy and momentum of light
2
Why does a light source emitting photons seem to violate conservation of energy?
0
Which Doppler formula if light were to travel at non-relativistic speed?