I am trying the understand the failure modes of braided tubes containing high pressure gas. Here is an example of such a braid with a variable radius:

The tubes have an internal liner for sealing purposes, but nearly all stiffness (pressure resistance) is supplied by the high strength fibers. Therefore, to first order we can imagine that all stiffness is supplied by the fibers, which are allowed to reshape themselves at will to define the shape the tube. Specifically, if $t \in [0,L]$ is the material arc length of a "standard fiber", the geometry is described by 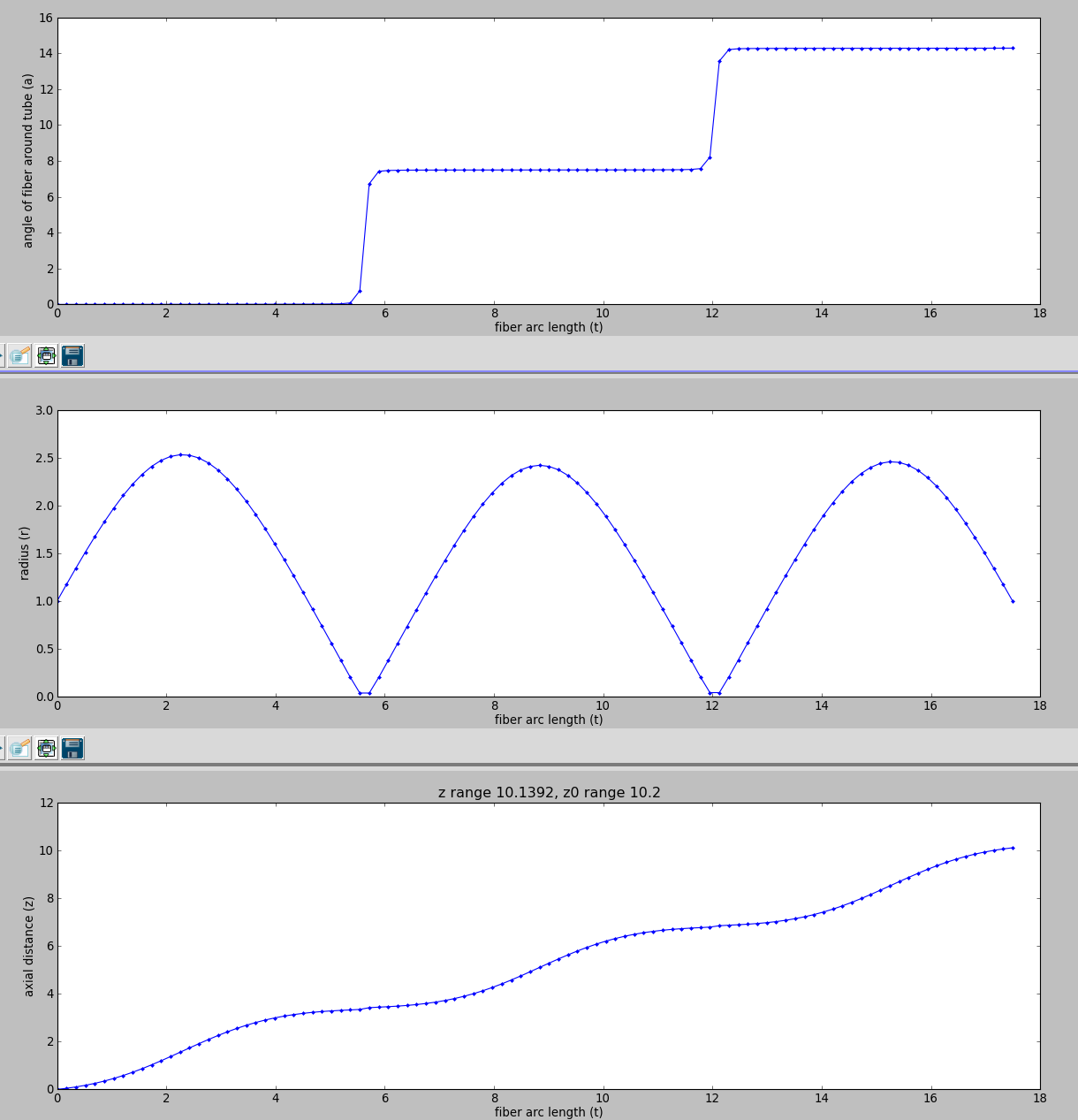 For most of the tube, the fibers are straight (not rotating around the tube). Since the angles at the ends are clamped, angle change must occur somewhere; this is accomplished with jump discontinuities in $\phi(t)$ at points where $r(t) = 0$. However, this behavior is not what is observed in practice: initially straight tubes seem to hold their shape quite well even for high pressures (until the liner material fails).

Thus, my conclusion is that assuming no fiber interaction does not work. This is not a particularly surprising conclusion, since the fibers have a nonzero cross sectional shape, but I am not sure exactly what interaction phenomenon dominates or how best to represent it. The braid lock that prevents ropes from arbitrarily elongating is similar, but may or may not be slightly different in character.

Browse other questions tagged solid-mechanics or ask your own question.

0
Why shear stress is developed only in the two set of planes for a rotating pressurized solid cylinder? Why not in the third set of plane?
0
Is bending stiffness reduction a good model for beam wear and tear?