Why does a tail of a balloon poodle not collapse?

I was just wondering. How can it not collapse? There is pressure in the tail top and in tail itself. How can that little "bridge" (with that I mean the part that in not inflated, see image 2) and tail top sustain and not collapse? 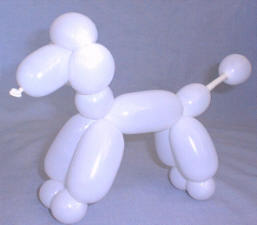 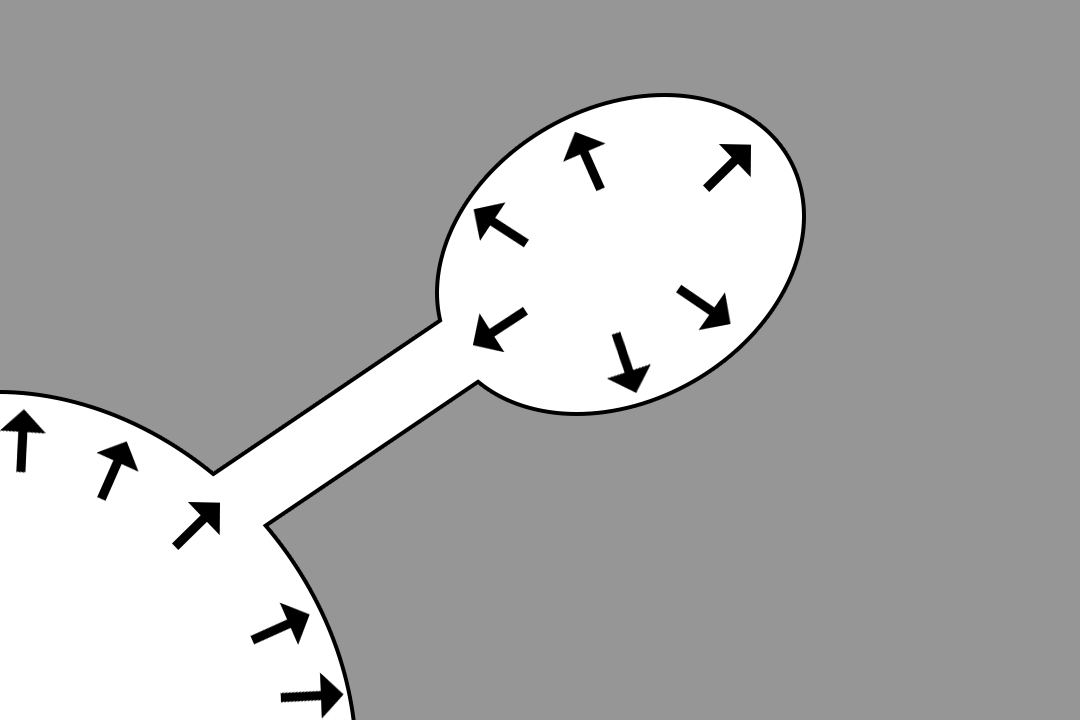 2. Scheme of the balloon tail with a schematic "pressure"

As you can see in Image 2 I guess that the pressure is something like that. My best guess is that the surface tension or strenght of the "bridge" is strong enough to sustain. But I would like to know what you guys think!

The smaller the radius of curvature of an elastic membrane, the more pressure is required to stretch it. If you squeezed the terminal bulb to a smaller diameter, it would continue to collapse. Also, the act of stretching permanently deforms the rubber, making it less elastic. Nice poodle!

It's a bit unclear from the question, but I'm assuming you're asking why the tubular "bridge" remains straight, rather than bending under the force of gravity (as an un-inflated balloon would do).

The basic reason is because the pressure in the balloon wants to keep the walls of the tube as far apart as possible (even to the point of stretching the rubber). In order for the tube to bend, the walls would have to come together and fold over as a kink in the tube. As long as the force from the pressure differential which holds the walls apart is greater than the gravitational force exerted by the (quite light) end of the tail, it will not collapse.

Alternatively, the walls could stay inflated and the rubber would simply stretch to make the tube bend over. In this case, the gravitational force would have to overcome the elastic force of the rubber.

In either case, if you were to add some weight to the end of the tail (e.g. by taping a coin to it), you would certainly observe one of these two failure modes, as the weight overcomes the pressure and/or elastic resistance.

1
If you put a latex balloon in a vacuum, how much would it expand?
11
Inflating a balloon (expansion resistance)
4
Relationship between balloon size and pressure
35
Can a balloon be inflated with electrons?
6
Which balloon has the higher pressure and why?
1
Is a well inflated tire less prone than a deflated tire to flatten due to a sharp object?
1
Does Pascal's Law hold true in this scenario?