I know this is essentially a mathematic question, but I received no answer on math SE. Moreover it has a direct application in physics, so I thought to ask this here too. 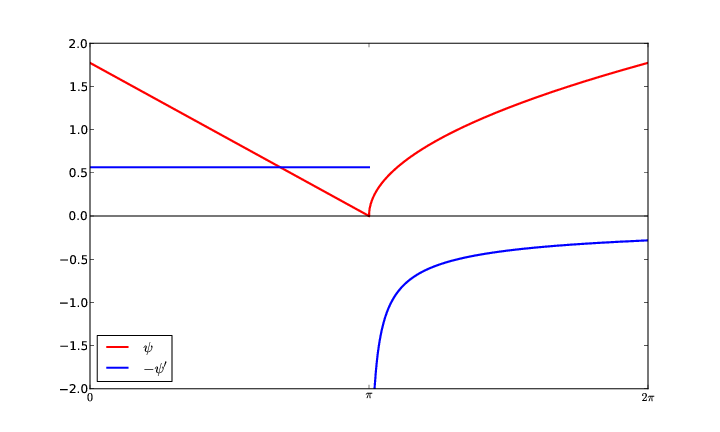 Am I wrong? If not, which is a correct continuity domain for $P$?

Sorry, the answer to this technical question needs some mathematical technology.

The space you are looking for is $H^1(\mathbb R)$, the first Sobolev Hilbert space. It is made of the functions in $L^2(\mathbb R)$ admitting the weak first derivative represented by a $L^2$ function in turn.

So, to see $P$ as a bounded (i.e. continuous) operator it is not enough to restrict it to an appropriate domain, but you also have to change the topology (norm) of the domain, passing from that of the simple $L^2$ to that of $H^1(\mathbb R)$. The topology in the co-domain remains that of $L^2$.

Not the answer you're looking for? Browse other questions tagged quantum-mechanics homework-and-exercises mathematical-physics operators hilbert-space or ask your own question.

1
(Level: Undergrad) Continuity Conditions on the Wavefunction and Initial Values
10
Floquet quasienergy spectrum, continuous or discrete?
4
Bounds on Matrix Elements of Unbounded Operators
1
Barrier Potential for bound states
1
Differentiability of wave function at boundary in infinite square well
4
Coherent state basis of (relativistic) particle Fock space
0
How to handle a delta-function divergence from an infinite-dimensional trace of a quantum operator with a general continuous parameter?
0
Projection of bosonic and fermionic creation and annihilation operators