Why does charge accumulate at points?

This is a very trivial question, but I can't seem to reason it out, again, as to why charges gather at points and edges.

I think, on would need a model to understand how it works in principle. 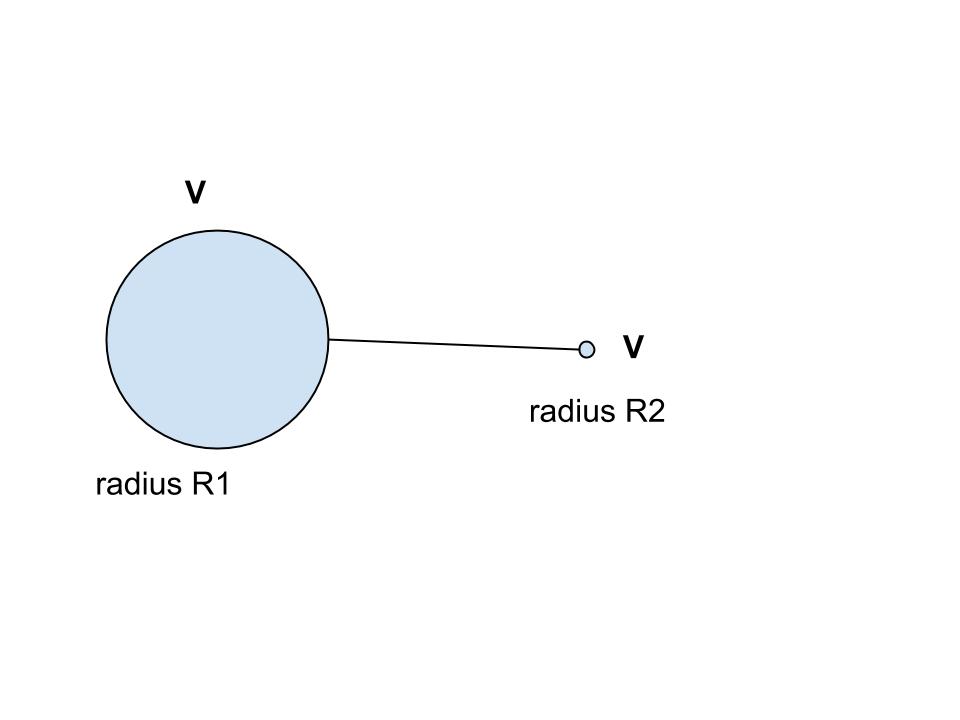 Let us consider the simplified system represented on the figure. You have two metallic spheres with radii $R_1$ and $R_2$ respectively.

They are linked via a metallic wire as well.

Because all these guys constitute a single metallic object, they must have the same potential that I noted $V$.

Let us assume for simplicity that the charges are uniformly distributed on the two spheres with two different surface charge densities $\sigma_1$ and $\sigma_2$.

Now, that the stage is set, there are two competing effects which have opposite influence on the increase of the charge density:

Let's take for granted that excess charges in conductors gather on the surface. Since this is the case, only the component of force on the electrons parallel to the surface is important. Now imagine a charged, conducting square, and think about the charges near the corners of the square. The net force on such a charge (call him Bob) parallel to the edge of the square must be zero. The charges between Bob and the corner must exert a force along the perimeter that cancels the force from all of the other charges. Most of the other charges in the square are pushing Bob toward the corner, so Bob will move closer to the corner in order that the force from the other corner charges increases. This same reasoning carries through for other pointy situations. If you have a charged conducting sphere with a needle attached to it, all of the charges in the sphere are pushing toward the tip of the needle, but only those at the tip of the needle push back.

Because of the steady-state requirement that the electric field be normal to the surface of the conductor (and zero inside), regions where the surface has a small radius of curvature (i.e. points and corners) have a high divergence of the field, which from Gauss' Law means a significant local charge density.

I find this easier to visualize than trying to understand the mutual repulsion in a complicated geometry.

4
Why is the susceptibility $\chi(t)$ real?
0
Questions about Faraday cage
1
How does Laplace's equation $\nabla^2U = 0$ indicate saddle points?
0
electric field of a static charge very far away and basic question about electromagnetic waves
1
Why does a moving charge create electricity
6
If monopoles are excised points in a $U(1)$ bundle, how are they affected by other charges?
2
Accelerating Charge Radiates, so why can't we make a laser emitter out of it?
2
Charge Distribution on a Strip