This and many other articles out there say that quantum gas can go below zero kelvin.They(the professors) teach that -273.15ºC is lowest temperature anything can attain and that's why it is called absolute zero.

My question is not about whether materials can or can't attain sub-0K temperatures. I'm asking, should we stop calling 0K as absolute zero?

I think saying absolute zero is correct, since temperature goes from near $0^+\mathrm{K}$ to near $0^-\mathrm{K}$, without going through $0\mathrm{K}$. 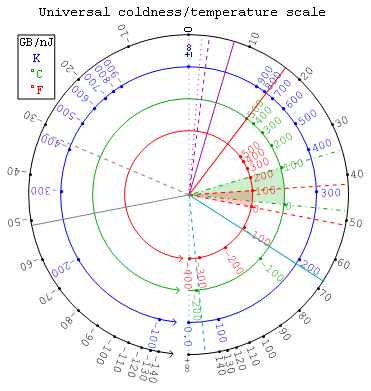 So you could say that $-100\mathrm{K}$ is higher than $\infty \mathrm{K}$. This why in some cases, temperature is not well defined and we should use coldness $\beta = \frac1 T$ (I've seen some papers which recommend other definition of entropy to avoid negative temperatures).

Physicists later realized that the absolute temperature of a gas is related to the average energy of its particles. Absolute zero corresponds to the theoretical state in which particles have no energy at all, and higher temperatures correspond to higher average energies.

So temperature is defined by the way entropy varies wrt. energy.

And in quantum mechanics you will learn that absolute zero doesn't imply zero energy.

Still, this is more terminology and conventions than physics, since some word is correct if it's accepted by the rest of the people.

Temperature is casually associated with hot and cold. How can something be “colder” than absolute zero? The answer lies in a more precise notion of temperature. Temperature is a single-parameter curve fit to a probability distribution. Given a large number of particles, we can say each of them has a probability to have some energy, P(E). Most will be in low-energy states and a few in higher-energy states. This probability distribution can be fit very well with an exponential falling away to zero. Of course, the actual distribution may be very noisy, but an exponential fit is still a good approximation (see the figure, panel A). Negative temperature means most particles are in a high-energy state, with a few in a low-energy state, so that the exponential rises instead of falls (see the figure, panel E).

To create negative temperature, Braun et al. had to produce an upper bound in energy, so particles could pile up in high-energy rather than low-energy states. In their experiment, there are three important kinds of energy: kinetic energy, or the energy of motion in the optical lattice; potential energy, due to magnetic fields trapping the gas; and interaction energy, due to interactions between the atoms in their gas. The lattice naturally gives an upper bound to kinetic energy via the formation of a band gap, a sort of energetic barrier to higher-energy states. The potential energy was made negative by the clever use of an anti-trap on top of the lattice, taking the shape of an upside-down parabola. Finally, the interactions were tuned to be attractive (negative). Thus, all three energies had an upper bound and, in principle, the atoms could pile up in high-energy states.

It's not a very important question that if we should stop calling absolute zero by it's current name. It's just a name, and misleading though it may be for works such as those mentioned, it is the general case. Quite like most engineering books which contain circuit diagrams with positive charges moving! That is quite obscene, but it's what they call convention.

3
Is there an upper limit to temperature in thermodynamics or statistical mechanics
1
Relations between pressure and temperature
6
Didn't we mess up with the temperature?
0
How to perform experiments near absolute zero temperature when the background temperature of the universe is 2.7 K?
0
How does this author conclude that the volume of the gas is zero at -273.15 degree Celsius?
2
How do we do experiments on gases at zero Kelvin?