Why does the point of intersection of two shadows look brighter?

When I sit in my garden during the day I always keep looking at the two intersecting shadows of two rods. It looks something like this: 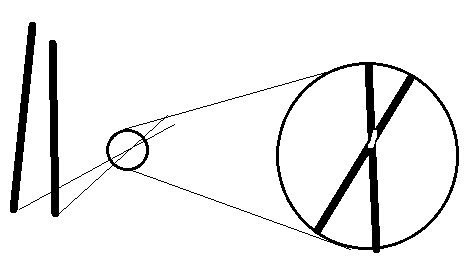 What I find weird about it is that at the point of intersection of the shadows, instead of becoming darker, they become bright. Can anybody explain why this happens?

There is not only the optical illusion. Rods are thin so shadow is smooth (the Sun isn't a point source). The smoothness produces a dip of the shadow intensity at the rods intersection.

3D plot of the shadow intensity: 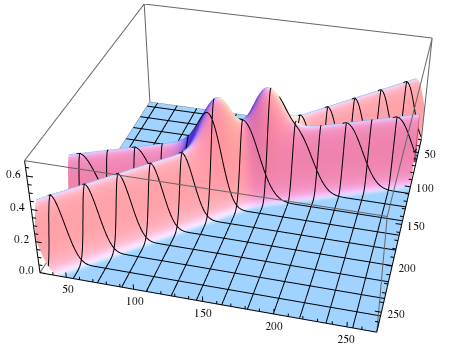 The dip between two maximums looks like a bright area.

What you are seeing is a optical illusion. Think of the shadow from each rod as darkening the ground by one unit. On average, you have two units of darkening from the two shadows combined. However, where the shadows cross there is only one unit of darkening. Your visual system "sees" this local relative brightening as bright spot.

I usually notice this effect when looking at electric wires between utility poles against the sky. Each wire looks black, but there appears to be a bright spot where they cross from my vantage point.

A shadow is an area where direct light from a light source cannot reach due to obstruction by an object. It occupies all of the space behind an opaque object with light in front of it. 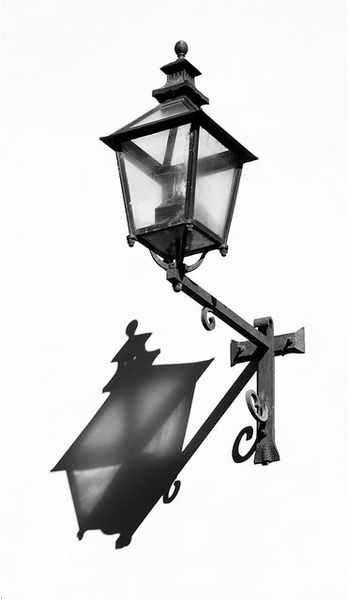 Edit:
I didn't believe initially with olin lathrop answer. But when I saw the below picture, I really started to believe. 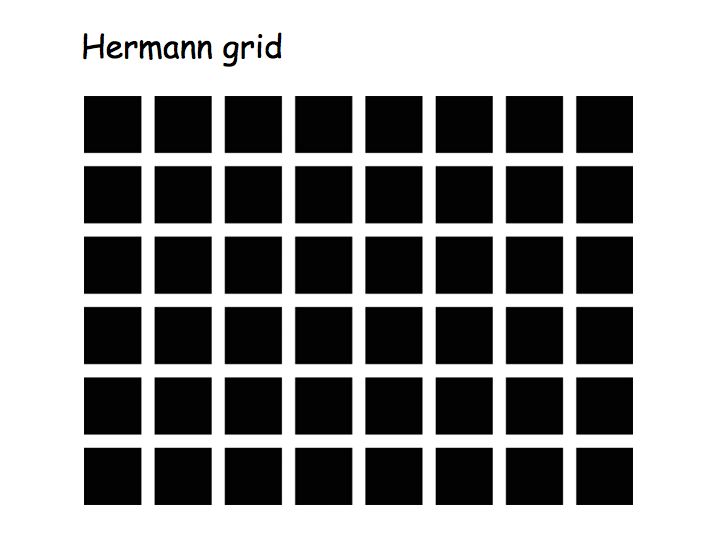 Actually there are white spaces in between the dark squares, but we are seeing dark spots in between (in your case you can exchange colors). It is the ghost image, an optical illusion. It is caused when our cone receptors lose sensitivity due to overstimulation. When I tried in home, my cone receptors were not over stimulated, so I didn't see bright spots at the intersection points.

Not the answer you're looking for? Browse other questions tagged optics visible-light perception shadow or ask your own question.

14
Why does the sky suddenly look gray through this window?
7
What does a light wave look like? (3D model)
5
Does the brightness of day follow simple harmonic 'motion'?
2
Why don't flying birds have shadows?
2
Why are shadows sharp close to the object, but blurry farther?