Why does the airflow in the mid-stratosphere of the northern hemisphere rotate FASTER than the earth?

I have been playing around with this nice visualisation and noticed that in the mid-stratosphere (P=10hPa), the airflow around the equator and south of it is in the opposite direction to the earth's rotation [airflow relative to a fixed point on the surface], as one would expect.

In the northern hemisphere though (centered around Svalbard) the air flow is in the same direction as the rotation of the ground below and is at high velocity. This seems somewhat counter-intuitive - what is the reason for it? 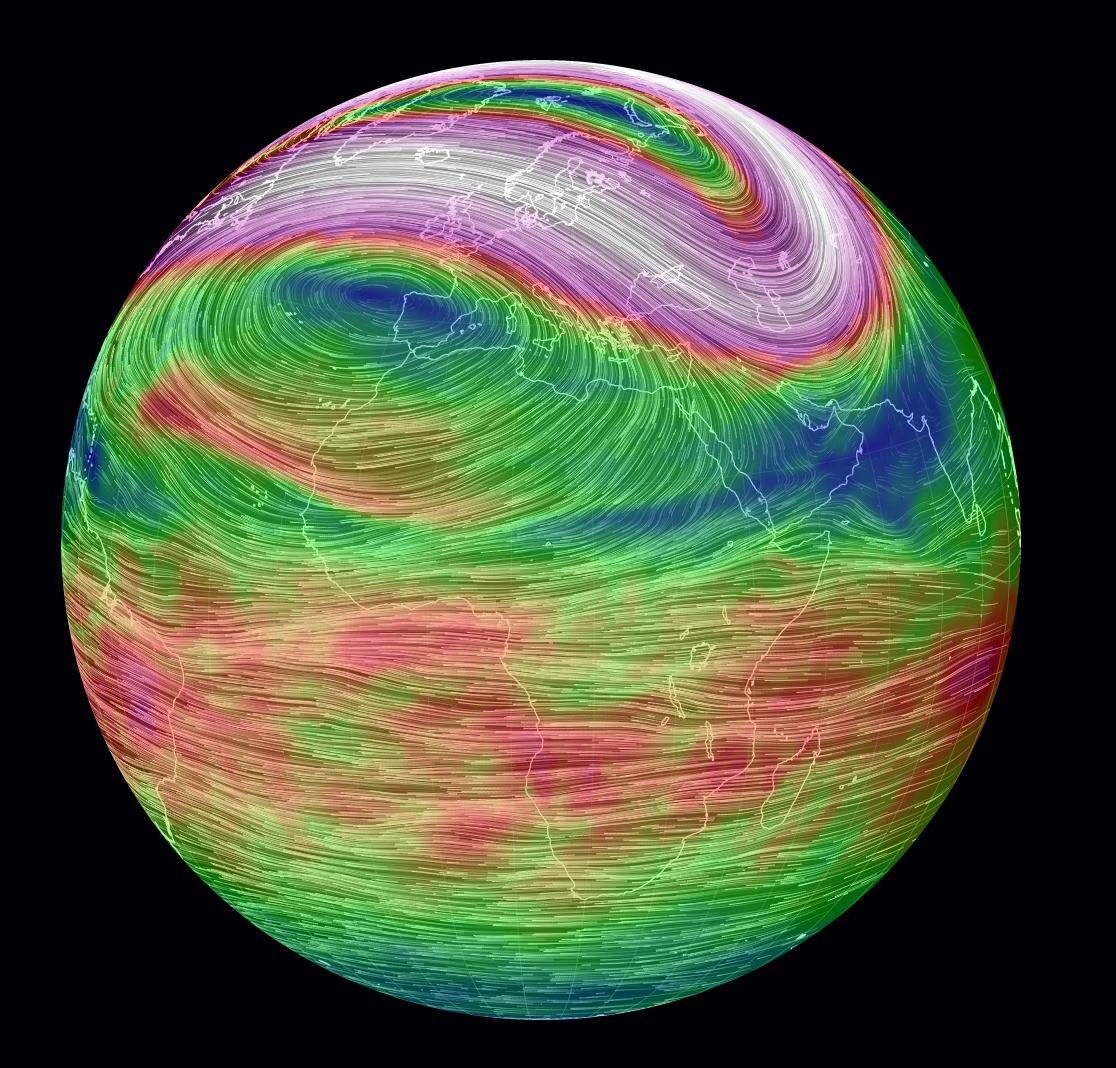 There's all kinds of awesome and complicated stuff going on in that image... so let's look at a much simpler one to see what you mean (source):

If we stopped the Earth from rotating, then the air would flow from the equator to the poles just based on temperature gradients. However, because the Earth is rotation, there is a Coriolis force that acts on the air as it moves. This causes northward motion to turn towards the east (generating westerly winds).

Not the answer you're looking for? Browse other questions tagged earth atmospheric-science or ask your own question.

94
Why does the atmosphere rotate along with the earth?
8
If there was a black hole on earth, what would it look like?
5
Does the Earth rotate vertically too?
2
Why does the Earth rotate on its axis?
1
What happens to the water on the surface of the Earth if the Earth is not rotating about its axis in the Earth-Moon system?
2
If I drive East, how much lighter am I than if I drive West?
0
Does the atmosphere rotate slightly slower than the earth surface?
2
Will August be always summer in the northern hemisphere?