How much water from ice and after how much time? [closed]

I need two formulas in dealing with ice and water.

I know that there are many variables: temperature, density and so on.
So you can give and more complicated formulas.

Also, for second question I suspect that outer area of ice is also effecting speed of melting.

This is a lot more difficult because it depends on many factors such as air temperature, wind velocity, etc. Therefore it is very difficult to calculate time taken in calorimetric problems.

Ruben's answer to the first question is complete. Additionally, you may remember the density relation between water and ice by their volume ratio by the same mass is 11:10 from ice to water.

For your second question, if you are interested, there can be more to just "many variables are important".

To start, one needs to think about why would ice melt and what is changing from ice to water.

Microscopically, water molecules are bound together by intermolecular forces, which are attractive and electrostatic in nature. The binding is countered by the random movements of the water molecules. The intensity of the movements is related to temperature. 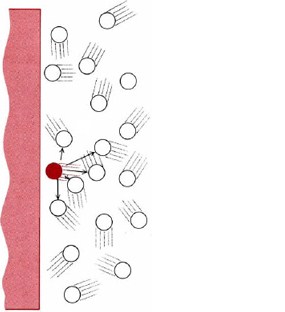 The ambient temperature represents the overall speed of movements of the surrounding air molecules. The air molecules collide with water molecules. Hence, then faster the air guys move (higher the ambient temperature), the faster the water guys will want to move. That is, ambient temperature is positively correlated with water. Similarly, air flow helps.
Contact with air of higher temperature is one way to promote melting. Contact with other substance such as fluids and solids is different too.
Further, the ice may release or absorb heat with (electromagnetic) radiation. For example, if you place ice under the sun, it melts fast. That is not because the sun being hot. Yes, the sun is super hot, but it's also duper far. The electromagnetic radiation (which is sometimes called light) causes the acceleration in melting. The radiation from ice, on the other hand, tends to be negligible. 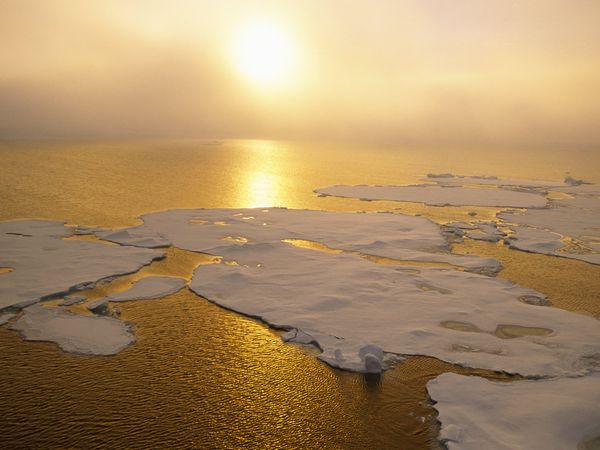 Perhaps one last aspect is that the intermolecular forces are not exclusive to just between water molecules. It is possible that the surrounding medium strongly attracts water molecules. In that case, I suspect melting is promoted.
All of these aspects - thermal contact (ie. molecular collision), electromagnetic radiation, and solvation effect (binding energy) - are related to surface area of your ice object. I don't think there is any dispute in whether the correlation is positive or negative.

So, how do we find time? It is difficult!

One way is always to carry out an experiment. Following the discussion above, one should control all aspects related to melting but one. For example, letting surface area change and nothing else and measure the time it takes for some volume of ice to completely melt. For this reason, it is better if the medium is homogeneous, as in either the water is in vacuum (in which case only radiation matters) or it should be in contact with the same material from all sides and if the medium is moving, the shape of your ice should possess some symmetry so that it is not at some special angle against the movement of the medium.

The instrument that studies the heat change of a system is called calorimeter. Such a study is call calorimetry. In the case of ice melting, the time interval of no temperature change should be the time of melting.
Another way is to run computer simulation. Computer simulation is particularly useful if you are studying one particular mechanism through which ice is melted or which the melting rate is changed. For example, you model the influence of collision between air and water molecules. Perhaps you would modify the size of the air molecules and you would simplify the picture by making all molecules hard spheres. Typically, there are things we don't understand or can't model. In that case, we assume some things are random. For example, it is impossible and fruitless to track the motion of each molecule. Therefore, we make collision a random event. At any given time, there is a chance of collision. One important aspect in simulations is to determine what parameter to keep track of. I mean, what do you mean by melting really? Suppose you are tracking the density of the substance, then after what point should the form ice object be considered water?
Finally, mathematical modelling. This category splits into two. One is model with physical reasons. One other is model with whatever is easy to model with. For example, Newtonian cooling is of some significance, because it is easy! Newton's cooling formula can found here.

Well, I gave a really long answer. Two last things to note. One is that the random movements of ice molecules are not alike of those in air, which is similar to the balls on a pool table if you shake the table super hard. To the contrary, the movements are localized vibrations. In fact, in ice, the most prominent modes of vibration are those in which the molecules vibrate in sync. (A general vibration is the sum of such modes. Think of a random wave like the random trajectory in the picture. 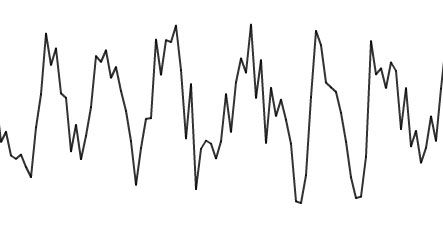 (source: hodgers.com)
It can be regarded as the overlap of many waves with regular shape like a sine function.) This relates to the remarkable fact that when melting the temperature of water is fixed at zero degree celcius! If their movements are in sync, no wonder their temperature in different regions of the ice-water mixture is the same. (Remember, temperature = intensity of movements.) Along this line of thinking, the ice is melted when the amplitude of the total vibration (sum of all sine waves) become comparable to some distance unit.

In summary, melting and its rate depends on

Three principle ways to study the problem were mentioned.

Often one compares at least two of the above three to check the validity of one's findings.

Lastly, you probably expect ice to finish melting in 5 minutes from daily experience. Try it out! In water, in air. Exposed under the sun, hidden in a case. I wouldn't be surprise to find it varying from a minute to near an hour.

Not the answer you're looking for? Browse other questions tagged homework-and-exercises water ice or ask your own question.

16
How fast does an ice cube melt in a microwave?
3
What happens to water level when ice XII melts?
16
Ice cube left in water at 0 °C for a thousand years
1
How does the temperature in a bucket of water with ice change over time?
4
Why does not ice float in this case just instantly after melting?
2
Ice melts slower in salt water?
14
Why does an ice-cube turn faster and faster while melting in water?
6
Salt water and ice, vs. plain water and ice