If I have a four wheeled vehicle (small wooden block with metal nail axles and plastic wheels) and apply a force X to it, would it be made faster by keeping one wheel off the ground in order to reduce friction? My thought is that the remaining three wheels would then have more weight on them, and thus more friction -- but is this added force more than offset by the loss of friction in the missing wheel?

Update: After some back and forth with Ruben I think I have gathered the following --

The friction per wheel exists in both contact with ground and to a much greater degree contact of axle to wheel. There is a small and most likely negligible wind resistance component.

This is an interesting question. It looks to me like three-wheeled version is probably faster.

If $C$ were independent of $F_N$ as in the AC model, then it wouldn't matter how many wheels we had. Four wheels would give a certain amount of friction per wheel, which would be multiplied by four. Switching to three wheels would increase $F_N$ at each wheel, and therefore the friction per wheel, by a factor of 4/3, but this would only be multiplied by 3 wheels, so the effect would cancel out.

If fewer wheels give better efficiency, the question would be why we don't all ride around on unicycles.

For cars, I think four wheels are chosen for stability (and maybe handling?).

For train locomotives, the large number of wheels is so that the locomotive can be heavy (and get good traction) without damaging the tracks.

Friction is what keeps the wheels from spinning (i.e. traction), the friction that you want to reduce in order to gain speed, is air resistance. Removing a wheel adds more strain (friction) to the axes, probably making the car slower (keep in mind that the 4rth wheel still has some friction even though it is removed).

Each wheel needs to be as lightweight as possible compared to the weight of the car, so all the kinetic energy goes into forward motion of the car, not into rotary motion of the wheels. That is an argument for fewer wheels. At the same time, larger wheels will have less rolling friction than smaller ones.

The wheels need to have a hard outer surface, not rubber, so you don't lose energy flexing the rubber.

The wheels need to spin easily with as little friction as possible, and not wobble. Like if you spin them with your finger, they should continue spinning for a while, and not get into a wobbling action that will really create friction.

The weight of the car should be more toward the front, for directional stability. If the weight is toward the rear, the slightest sideways force will tend to turn the car, making the sideways force worse and causing the car to slide against the side of the track. (In airplanes this is called a ground loop.)

ADDED: As I think about it, it might even make sense to go down to just two wheels, to reduce rotational energy even more. Then have the weight slightly forward of the axle, and have a teflon or low-friction skid in front. (Think of it like a dragster car - most of the weight on the wheels in back, very little in the front.)

As for the basic question 3 vs 4 wheels: I suppose that it would be easier to align 3 wheels than 4 - and in that sense the three wheeled solution has a chance of being faster. However, I am pretty sure that any three wheeled solution will have less lateral stability - and if the car has a tendency to shift left and right, the friction from the side of the wheels (against the track and against the car) all quickly become the dominant force.

As for rolling friction: there is a non-linear factor in "real" friction problems, which argues in favor of spreading the normal force over more wheels. This is because when a wheel deforms, the contact area goes up with force (assuming a constant "pressure" inside the tire), but the size of the deformed region (volume of tire that is deformed during contact) goes up faster than the contact area. This means that there will be relatively more power dissipation in a heavily loaded wheel vs two more lightly loaded wheels.

This is an effect that is negligible for a pinewood derby car - but it is very real on large vehicles with inflated tires and heavy loads. In those situations, more wheels is better. 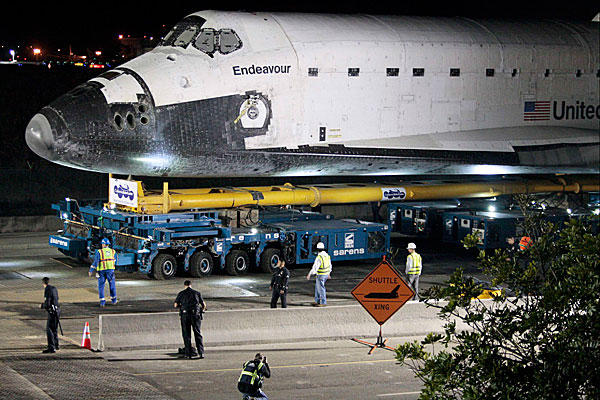 Lots of wheels to spread the load. This limits the force per wheel, and thus the distortion of not only the wheels, but of the road surface. Fewer wheels means each wheel "sinks deeper" into the road below, and tho would mean that the wheel is always "rolling uphill" - a significant factor in rolling friction for heavier objects. This is nicely visualized in this diagram (from http://www.phy.davidson.edu/fachome/dmb/PY430/Friction/actroll.gif)

But as I mentioned - this is unlikely to be a factor in your little car.

3
6 wheels more efficient than 4 wheels?
1
What causes angular and linear deceleration in a sliding and rotating ring?

9
Does a car use friction to move?
17
Does ABS shorten stopping distance of a car?
3
Maximum acceleration for wheel-driven vehicle from standstill
3
When does Rolling Friction come into play?
1
No friction in pure rolling - how about driving a car?
6
How does a car gain kinetic energy?
1
How to calculate the resistance impulse of a wheel on an axle when it receives torque during acceleration?