Electron in a covalent bond: what happens when it moves out?

Let's look at a covalent bond in, say, a water molecule:

H is bonded to O by a pair of electrons.

But electrons are in constant motion. What happens when the electron leaves? Why does not the bond break? Both nuclei on both sides of it cannot move, obviously.

Also, if the electron has to orbit around it's respective atom, does it mean that it would actually spend only 1/10 of the time in the "sweetspot" position (right in between the two cores), and will spend 9/10 or most of its time "orbiting" (ie. out of that position)?

I am rather puzzled by this. Any ideas will be greatly appreciated.

But electrons are in constant motion.

This is wrong, as we can't classically interpret electrons. They are a wave function that describes their probabilities. So you should look at a covalent bond as a situation where it is very likely you will find the electron around those two atoms.

Also, it electron has to orbit around its respective atom, does it mean that it would actually spend only 1/10 of the time in the "sweetspot" position (right in between the two cores), and will spend 9/10 or most of its time "orbiting" (i.e. out of that position)

Indeed... This would be strange. However, calculating the probabilities, we find out that it is most probable to find the electron in its "sweetspot". This does not mean that most of the time the electron is in the mid-section of the nuclei, as I just said, you can't think of an electron as "being around" any spot, at least until you measure it...

Covalent bonding is a complicated thing. The laws governing how electrons behave in atoms and molecules are the laws of quantum mechanics, and so an attempt to understand these things in terms of 'orbiting electrons' is likely to fail. The reality is that electrons don't have well-defined positions and velocities --- you simply cannot say that your electrons are here at one instant of time and move round to here at a later time.

Instead, the most complete description of our electrons we can give is not their postions and velocities but instead an object called their wavefunction. A wavefunction can be thought of as a probability density function for the position of a particle. That is to say, it is a function (just like $x^3 + 1$ or $2^x$) that describes the relative likelihoods of finding the electron at each point in space. 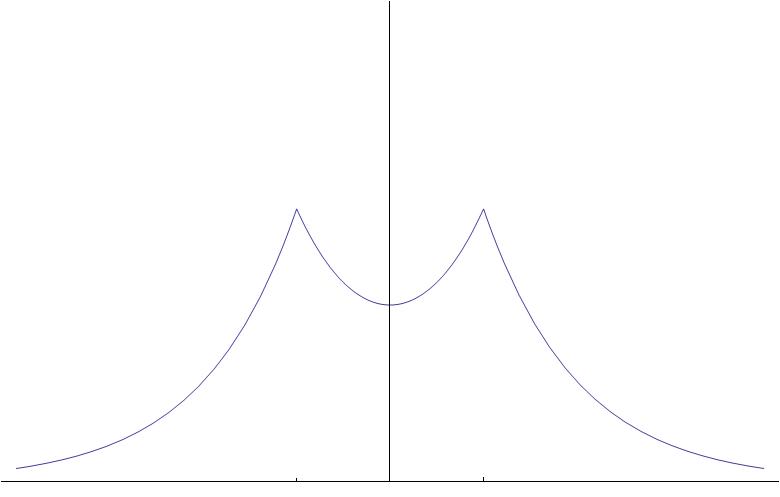 But electrons are in constant motion. What happens when the electron leaves? Why does not the bond break?

The bond would be weaker, but only for a short time, in which the 1836-times heavier nucleus won't go anywhere far. The negatively charged electron is attracted back to the nuclei, since they are positively charged.

In common situations, water molecules are in large number and they mutually interact, so rogue electron wouldn't get too far - it would end up on the closest molecule and perhaps be part of the separation process

Not the answer you're looking for? Browse other questions tagged quantum-mechanics electrons quantum-chemistry or ask your own question.

10
What makes the difference between ionic and covalent bonds?
1
Splitting molecule
1
What happens to covalent bonds after the nuclear transmutation of an atom in a molecule?
9
What *really* happens to atoms in chemical reactions?
1
Measuring electron position in covalent bond
3
Covalent bonds are EM (electrostatic/electronegativity) or not?
0
Are individual atoms inside a molecule (covalent) still really EM neutral?
0
Why are we able to use the uncertainty principle in quantum mechanics to calculate momentum/position?
1
Quantum mechanical description of how bonding works?