Is An Exploding Beer Bottle An Accurate Simulation Of A "Frost Quake"?

A Frost Quake or Cryoseism is similar to an earthquake except it is triggered by ice expansion instead of tectonic activity. A Cryoseism may also refer to the sudden movement of a glacier, but I am only interested in the thermodynamic expansion that result in explosive action.

I wish to create an artificial cryoseism in the laboratory.

Conditions favoring cryoseisms are known to include:

1.) When temperatures rapidly decrease from above freezing to subzero, in the first cold snap of spring.

2.) Water is a key ingredient that must permeate the sand, gravel, and rocks during a cold-snap.

3.) Cryocisms generally occur 3-4 hours after a significant change/drop in temperature.

4.) Snow is rarely present because its insulating properties actually hinder rapid changes in temperature, which are what instigate the cryoseism.

Taking a rock out of a fire and dropping it into cold water will often cause the rock to explode from raw thermodynamic contraction. However, a cryoseism seems like a much more refined creature needing careful planning. I am slightly skeptical that wet sand and gravel can create cryoseisms. There would have to be a pre-existant shell of ice within which liquid water might freeze and expand to create the pressure necessary to explode the shell. It would seem that a rock or chunk of ice shaped like a hollowed out explosive cannon ball. would be an optimal design as the shell should burst creating a concussion known as a cryoseism. The main question remaining in my mind is what materials, dimensions, and/or methods should be used to construct the shell?

The dimensions will no-doubt be material specific and so the cheapest shell will definitely be made of ice.

However, that seems a little lame and there certainly are more interesting materials that a shell could be made of such as iron, rock, other metals, and even ceramics perhaps. Would a plastic bottle explode? The plastic seems to expand more than other materials so maybe a brittle and thick bottle or a glass bottle. Ok so I googled "glass bottle exploding in freezer" and I found this video of a guy waving a smashed beer bottle held together by frozen beer. In case the video gets moved I uploaded a screenshot: 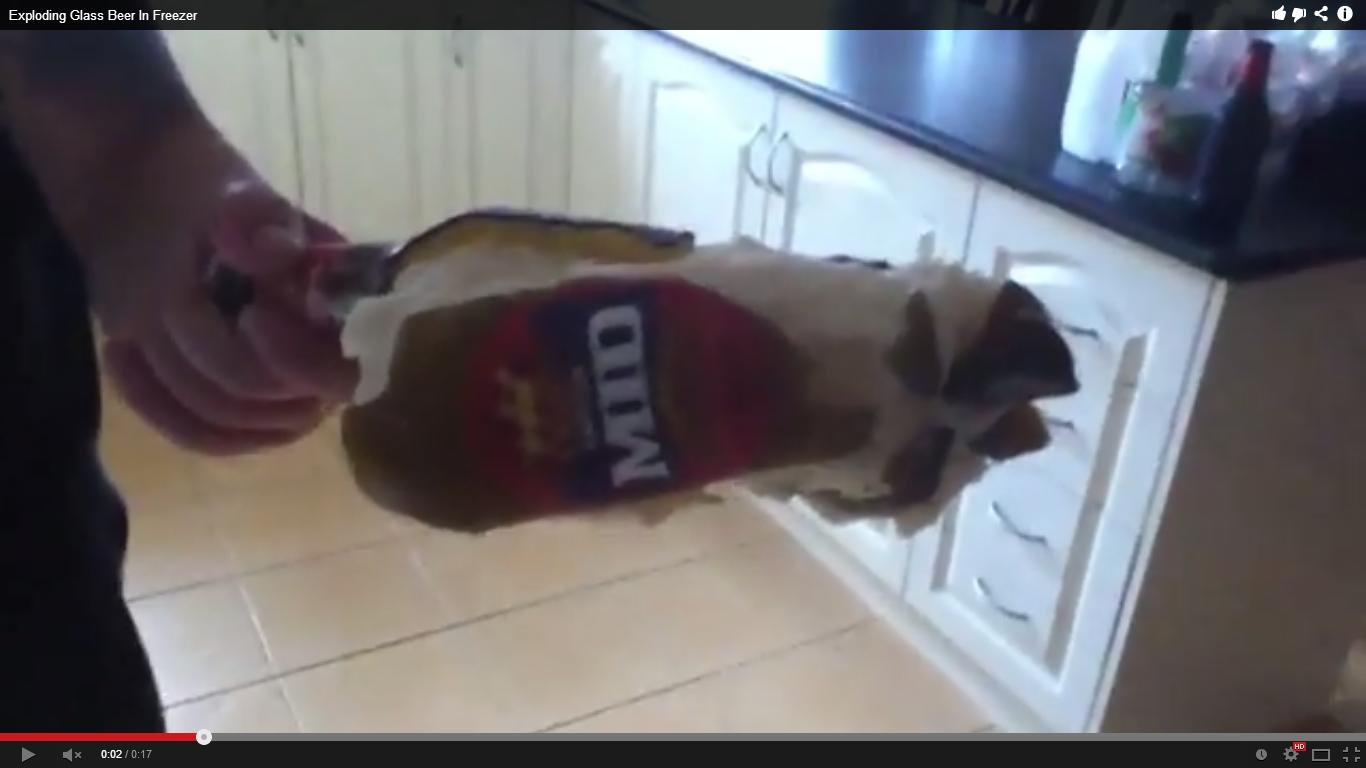 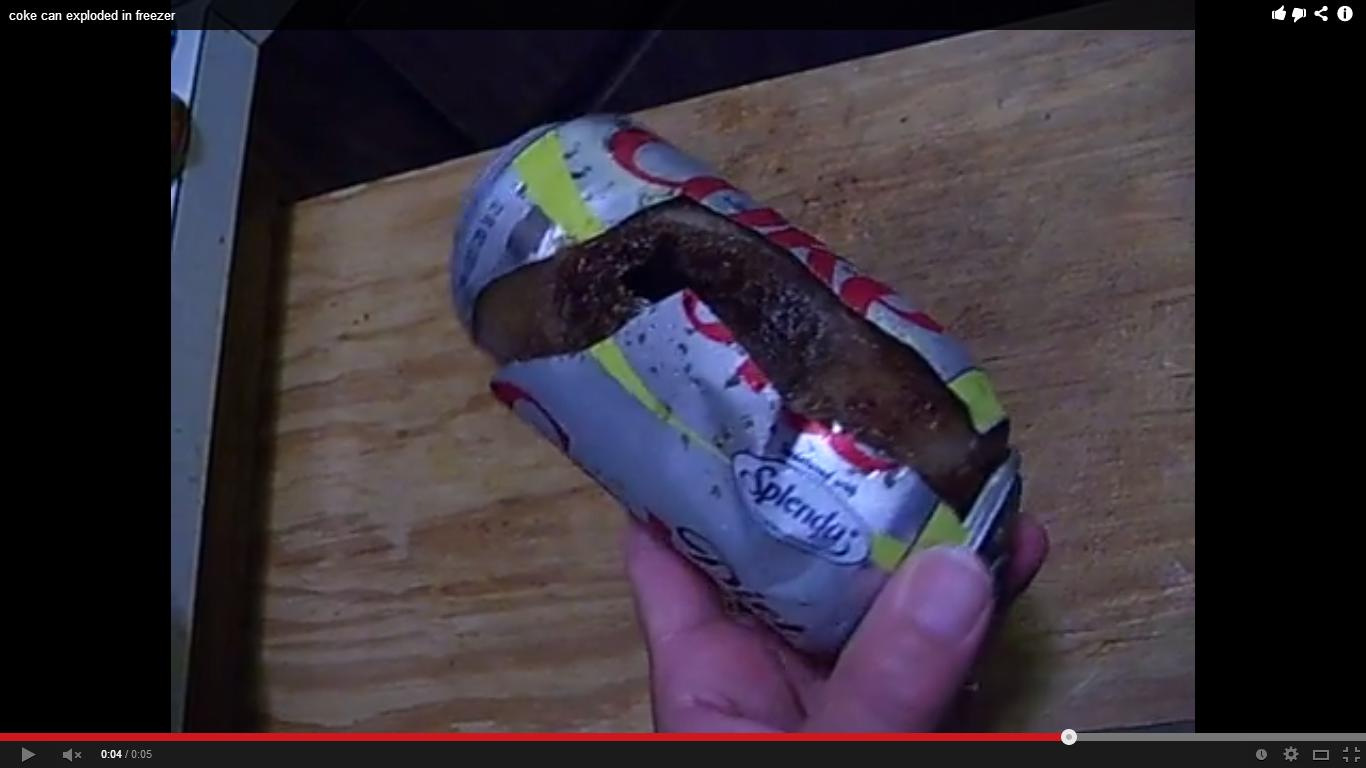 So basically I need to take a beer and score the glass with a glass cutter and then video it freezing... Ok things to do! But wait, is An Exploding Beer Bottle An Accurate Simulation Of A "Frost Quake"? I mean some of those concussions called frost quakes could be beverages exploding.... right?

Take a brick. Use a brick saw to cut a channel in the brick about 1/2-3/4 of the way through it. Seal the ends of the cuts, fill the slit with sand (or maybe leaves) and then water. Put into the freezer, monitoring with a video loop that terminates when the brick cracks

2
What ice pack formula can hold the largest energy difference?
0
How cold does this ice have to be to freeze this water bottle solid?
0
Chardonnay, air versus water
2
Will an ice cream scoop with oil-filled handle cool down my coffee more effectively than without the oil?
1
Melting ice made with tap water
66
Why was water freezing almost instantaneously when shaking a bottle that spent the night outside during a frosty night?