NB For last question, I mean when I were to find the total energy of this boson gas system, which I know below a critical temperature Tb, the Bose Einstein condensation becomes important, and we would do the separate sum thing as usual

(see first Pic) , Now I wonder why when we do the sum of the energy we integrate the states above ground state , does it mean all the particles at ground state have zero energy?? and we only have to concern those above the ground state? 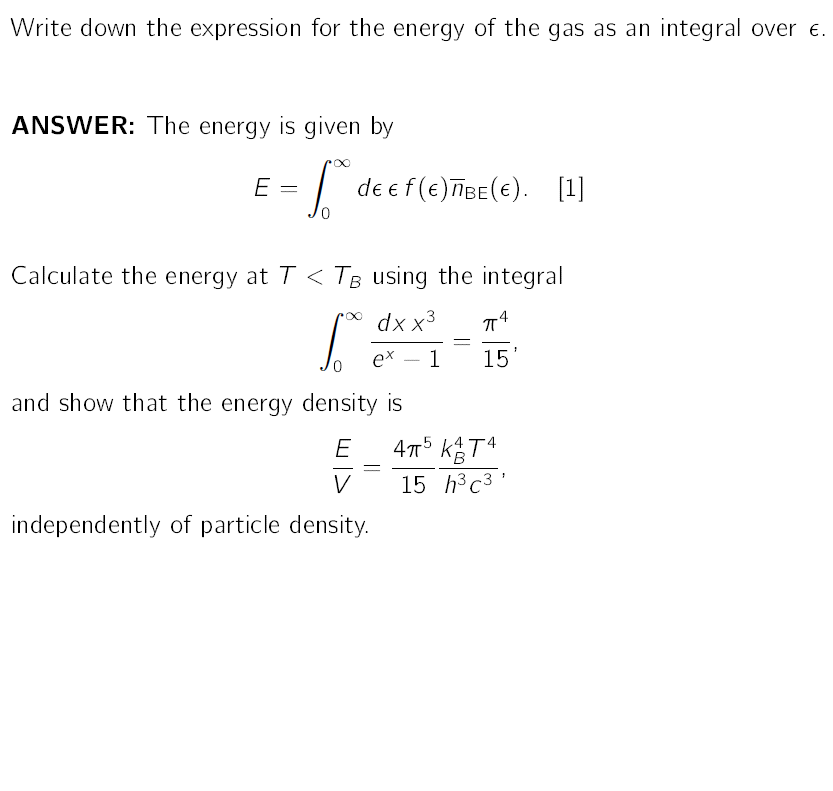 By passing to the grandcanonical ensemble, the particle number is allowed to fluctuate. You can imagine coupling your system to a 'bath' with which particles can be exchanged.

This is analogous to passing from microcanonics to the canonical ensemble by fixing temperature and thus allowing the energy to fluctuate. Both temperature and chemical potential play the roles of Lagrange multipliers for the constraints on energy and particle number.

In the derivation of the Bose-Einstein-distribution one usually sums up a geometric series of the form $$ \sum_{n=0}^\infty (e^{-\beta (E-\mu)})^n $$ To ensure convergence, it must be $\mu\leq E_0$ ; $E_0$ the groundstate, often chosen as 0. This is sort of an 'artifact' from the idealization of perfectly non-interacting bosons. If one takes an interaction into account, this behavior is (often) regularized and $\mu$ may take values larger than 0. In situations without particle conservation, such as the photon-gas, the chemical potential is zero.

[Update]
Shifting the Hamiltonian by a constant in order to make the groundstate have zero energy, doesn't affect anything since you are considering the difference $H-\mu$. Any offset in $H$ might be absorbed into $\mu$. Even in the canonical setting, this merley produces a shift in the free energy.

In a one-particle setting, shifting the Hamiltonian produces an additional global phase of the wavefunction. This also does not lead to observable effects.

But: Zero-point energies do bear physical significance. At least in settings with non-trivial boundary conditions. The most prominent example is the Casimir-Effect.

As to your last question: That's what BEC means. A macroscopic number of particles occupying the groundstate. Their constribution to the energy is $n_0\epsilon_0$ which can be takes a zero after everything said.

Not the answer you're looking for? Browse other questions tagged thermodynamics statistical-mechanics solid-state-physics chemical-potential or ask your own question.