The assignment is to eventually calculate the forces on the BD beam of this picture: 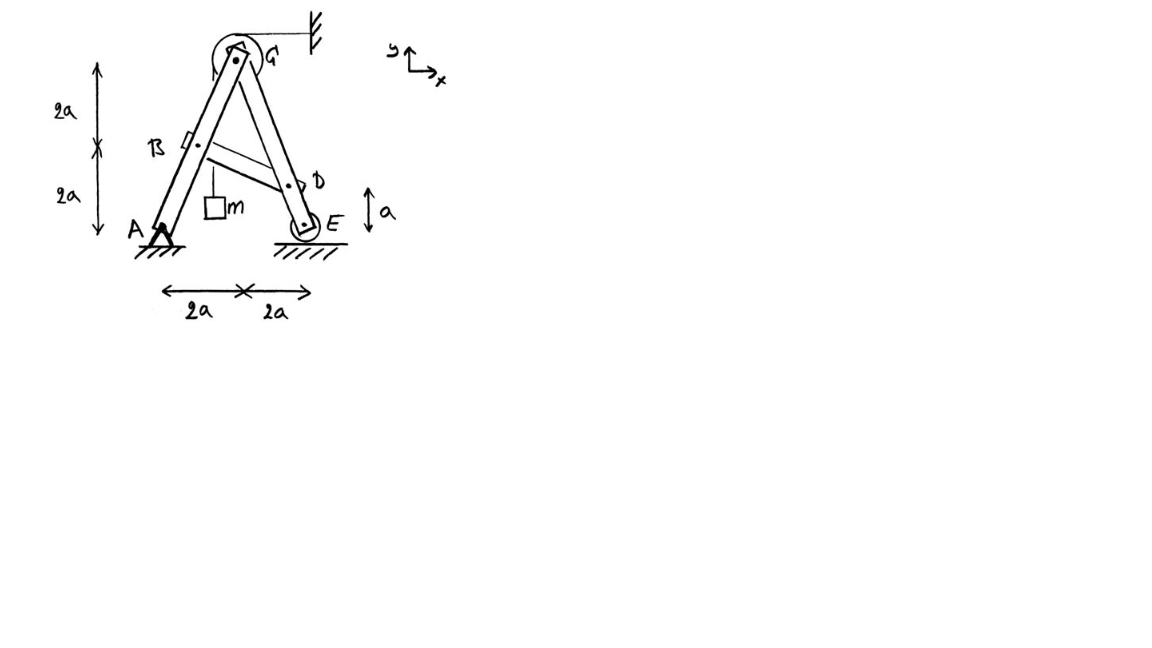 My issue is that on the solution sheet, the professor drew a free body diagram (FBD) for just the beams, with the force of the block hanging from the string, mg, acting downwards exactly at the point $C$. I'm guessing he is implicitly ignoring the radius of the pulley?

Can anyone explain if this is a property of the system, or if it's just a sloppily worded problem? I mean, generally the force mg should generate some sort of torque about $C$, shouldn't it?

The force does not depend on the radius of the pulley, but your professor is wrong to draw the force as straight down.

The standard assumption is a massless string and frictionless pulley. In that case, the force on the pulley from the string is solely a normal force and is at all points related to the tension and radius of curvature of the string. The tension is constant (because the rope is massless) and the radius of curvature is constant over the $1/4$ of a circle over which the rope contacts the pulley. Therefore, the force from the string on the pulley is at a 45-degree angle down and to the right and goes through the center of the pulley. Its magnitude is $\sqrt{2} m g$.

Not the answer you're looking for? Browse other questions tagged statics free-body-diagram or ask your own question.