More on matter and anti-matter

1.) Does every particle that has rest mass also have an anti-particle with which it would annihilate?

For fermions in the standard model scheme , yes. 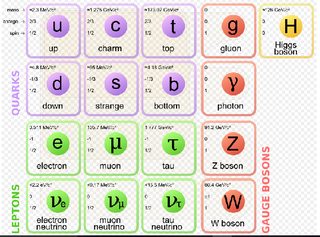 The three columns on the left are fermions. Bosons are their own antiparticle and the term "annihilation" has no meaning other than "interaction" and whether it is probable.

You have to figure it out from the SM scheme, linked above and the energies involved. An antiquark striking a quark will annihilate, the rest will interact.

3.) Since the Tevatron accelerates antiprotons is this more difficult to handle and dump?

It is more difficult to create and handle an anti proton beam upt to the energy needed for the experiment, as well as to build up a sufficient number of antiprotons in the beam. When entering the ring the handling difficulty is the same. Dumping is the same for both beams.

4.) I've read about WIMP annihilation detection. Why would one assume there is any different proportion of WIMPS to anti-WIMPS than as is for non-WIMP matter (where there is far more matter than anti-matter).

It depends on the particular model, and how one assumes the WIMPs appear during the cooling after the big bang. It is reasonable to assume that the same CP violation that created the observed asymmetry between matter and antimatter holds for WIMPS too.

Not the answer you're looking for? Browse other questions tagged particle-physics antimatter wimps or ask your own question.

7
What happens if we put together a proton and an antineutron?
9
Can different species of particles annihilate with other species
3
Particle antiparticle annihilation-do they have to be of the same type?
1
Complete annihilation of matter-antimatter

42
Identification of particles and anti-particles
6
Is there a possibility of anti-dark matter?
0
Pair annihilation - can annihilation be moderated?
5
Hydrogen vs Antihelium (or vice versa)
2
Are there different kinds of antimatter reactions?