why do we get continuous intensity in spectra?

we know energy levels of a molecule is discrete. So we should get only sharp peaks for any spectra. But in most of the spectra I see a continuous intensity? why is so? In the following spectra the peaks are understood but why the tail of the peaks don't touch zero intensity line? 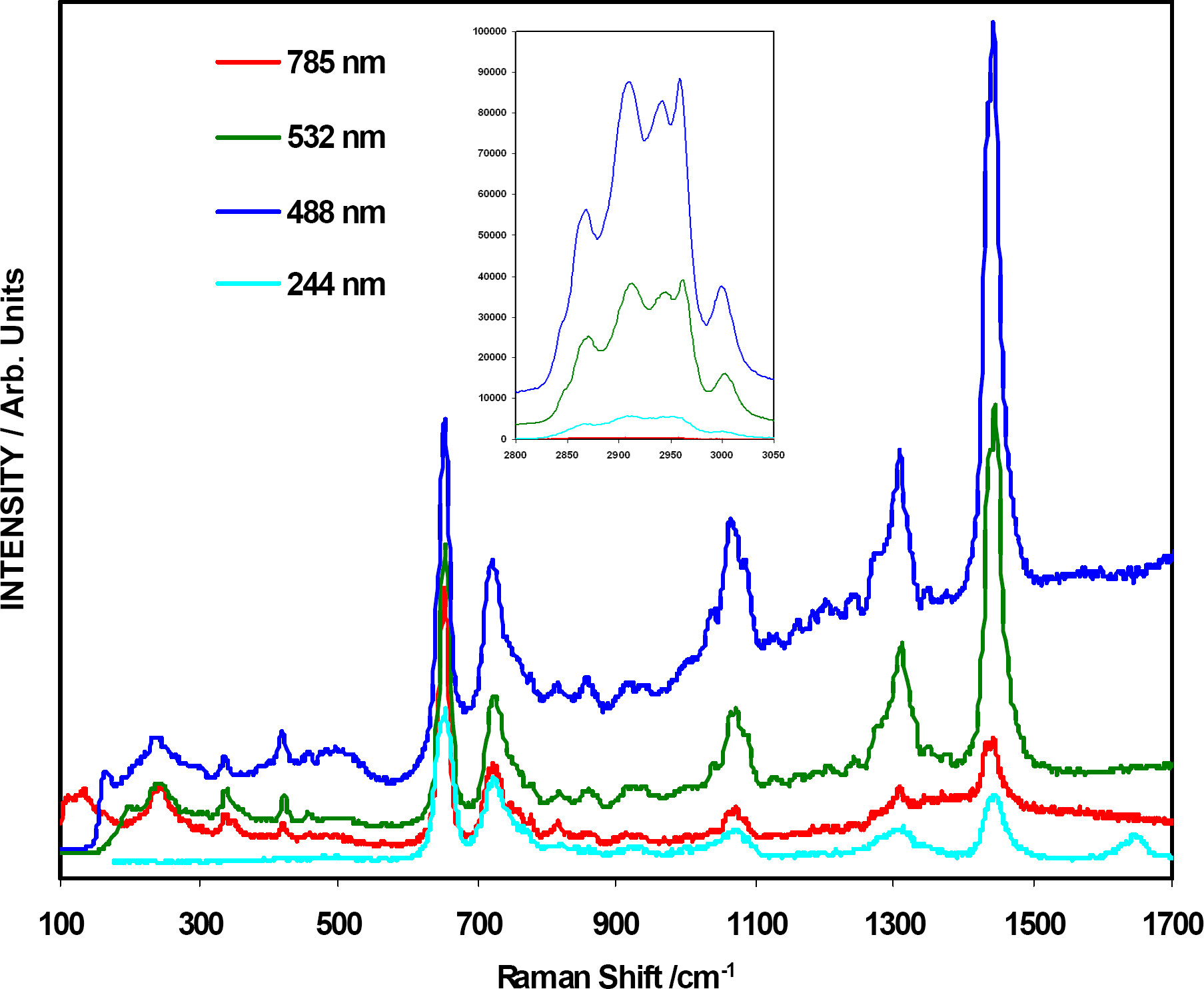 The spectra are actually always continuous if the resolution in frequency of the spectral analyzer and sensitivity in intensity of the detector is high enough. The spectrum of radiation emitted by hot atomic gases and molecules is called discrete because it has very sharp spectral peaks and looks as if formed of lines. But they are actually peaks with non-zero width $\Delta \omega$ and finite height. This is because the radiation of the atom or molecule is never a perfect sinusoidal wave; rather it consists of many such waves damped down to zero, added with various phases. When such signal is decomposed in to its Fourier components, typically it has non-zero intensity at each frequency.

we know energy levels of a molecule is discrete.

Yes, but energy levels are not the only thing that determines emission spectrum. Eigenvalues of the Hamiltonian predict positions of the peaks in the spectrum fairly well. But to get width, height and in general the shape of these peaks, more complicated theory is required, describing better the action of the EM fields on the molecules. In order to describe spontaneous emission, some relativistic theory of radiation is needed, for example, neoclassical theory or quantum electrodynamics. In these theories the energy eigenvalues are discrete, but the peaks in the emission spectrum will have non-zero width and finite height.

I should say that the comments and answers so far have nothing to do with the effect that is shown on the plot. Note, in particular, how the intensity of broadband background depends on the wavelength of the laser used for Raman scattering. This indicates that the background is not related to the properties of the molecule itself, but rather to its environment.

One of the common reasons for such strong background in Raman spectroscopy is fluorescence of aromatic molecules. It is more prominent for visible light (which is consistent with the plot), whereas 244 nm is already too high in energy to excite most of the organic molecules.

Not the answer you're looking for? Browse other questions tagged quantum-mechanics spectroscopy or ask your own question.

14
Why is spectrum obtained by sunlight, said to be continuous?
2
Why is the Planck function continuous and not discrete?
3
What determines the form of the intensity curves in Laser-Induced Fluorescence (LIF) measurements?

1
On characteristic X-ray spectra and relative intensity
2
What does the $y$-axis represent in the atomic spectra and what is its significance?
1
Continuous spectra of photons
2
What determines the wavelengths of the emission spectra of elements
1
Vibrational and rotational spectroscopy
0
Why solids can produce a continuous light spectrum?
1
Why do molecules absorb "exact" frequencies when given a "continuous" beam of light?
1
Operators with continuous eigenbasis