Spring system - 3 DoF system and its properties while changing stiffness

I was given the attached 3 degree of freedom spring system with the purpose of analyzing it. 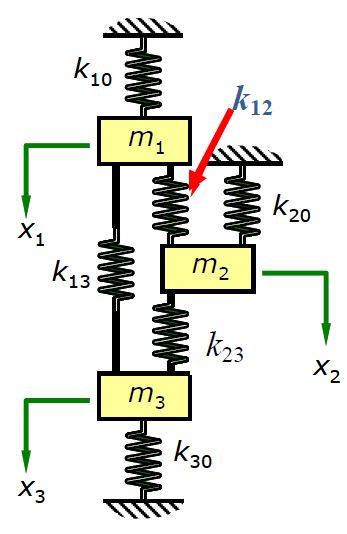 I came up with the following equation of motion

and then I ran Matlab to calculate the corresponding natural frequencies and mode shapes using eigenvalues and eigenvectors; I was asked to see what happens when value of stiffness $k_{12}$ is changed. This is the plot of the value $k_{12}$ against the natural frequencies. 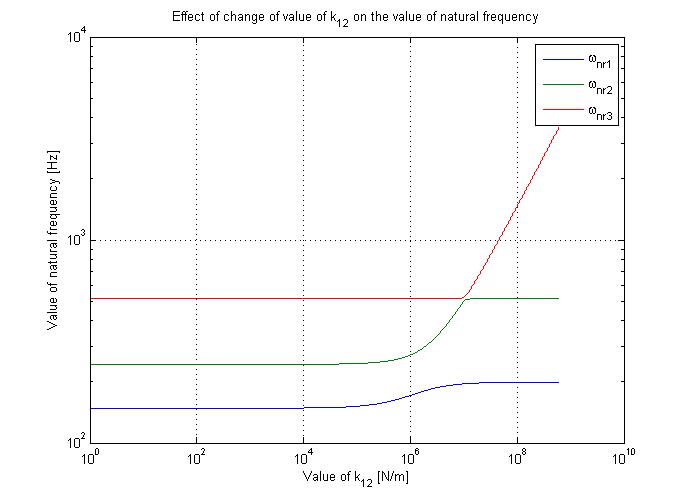 I assume it has something to do with the equation for force due to a spring between 2 masses but I cannot figure it out. That is why I ask for your help - thanks in advance.

It's easy to see without doing any math, but just by looking at the picture.

Not the answer you're looking for? Browse other questions tagged homework-and-exercises newtonian-mechanics spring frequency vibrations or ask your own question.