Suppose a body is moving in a circle about a fixed point. In the frame of reference of the body, is the centripetal force felt or is only the centrifugal force felt?

More generally, does a body only feel the effect of pseudo forces in an accelerated reference frame?

It depends on what you mean exactly. Consider, for example, the amusement park ride Dumbo at Disneyland: 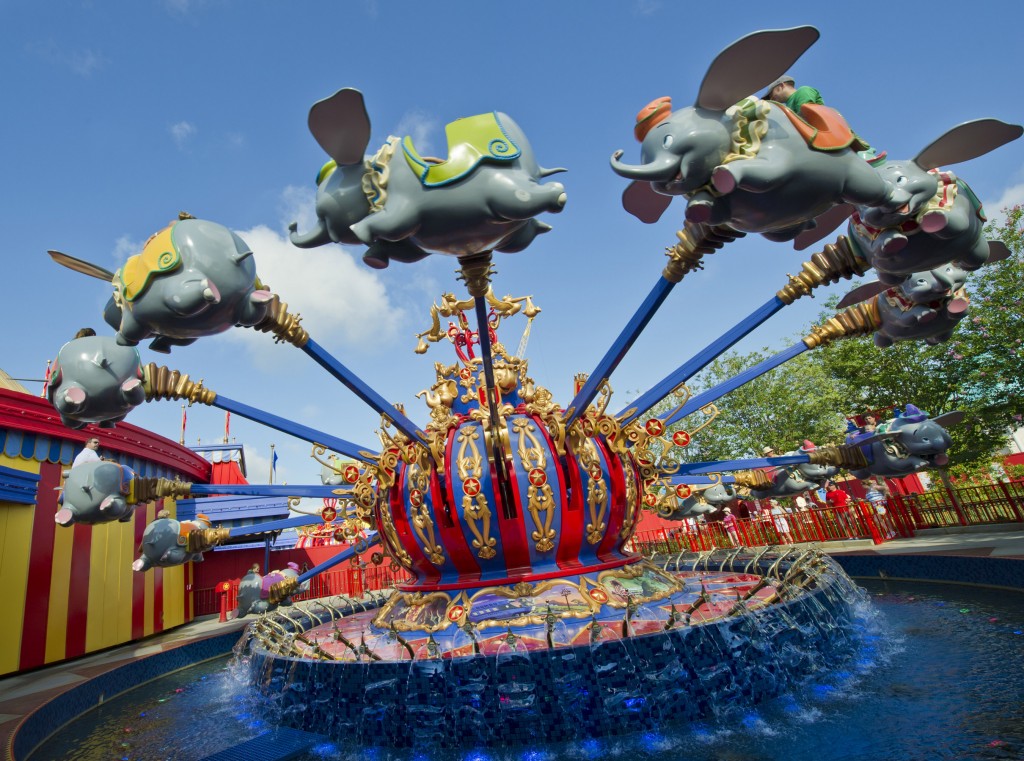 On this ride, passengers sit in mini Dumbo replicas and are swung around in a circle. What forces do they feel? Well, firstly, they feel a centrifugal force radially outward. But this is not all. If that were the only force they felt, then in the frame that is stationary with respect to Dumbo, they would accelerate radially outward. Instead, they also feel a normal force of Dumbo pushing them inward that is precisely equal to the centrifugal force, and as a result, as measured in the Dumbo frame, they remain stationary with respect to Dumbo.

Now, we know that if we were to analyze the same situation from the frame of reference of a person watching the ride from the ground, then we would say that there is only one force on the passengers, namely the normal force of Dumbo on them, and this force causes the passengers to accelerate, namely to move in a circle. As a result, the convention is to call the normal force the "centripetal" force. I personally think this is terrible terminology that confuses students because it leads them to believe that "centripetal force" is somehow an independent thing that doesn't need to be comprised of real physical interactions with objects...by anywho.

Now, going back to the accelerated frame, we had noticed that there were two forces acting on the passengers, the (fictitious) centrifugal force, and the normal force. Would you now call the normal force a "centripetal"? If we're doing the analysis in the accelerating frame, then that would be extremely non-standard because in that frame, no circular motion is occurring.

does a body only feel the effect of pseudo forces in an accelerated reference frame?

No! Just look at the above example! The passengers feel the centrifugal force, but they also feel a normal force due to their interaction with dumbo! In general, there can be all sorts of forces that an object feels in an accelerated frame that are not pseudo forces like friction, gravitational forces, electromagnetic forces etc.

In the frame of reference of body both centripetal and centrifugal forces are felt.

does a body only feel the effect of pseudo forces in an accelerated reference frame?

No the body feels all Pseudo forces and real forces in an accelerated frame of reference.

Not the answer you're looking for? Browse other questions tagged newtonian-mechanics rotational-dynamics reference-frames centrifugal-force centripetal-force or ask your own question.