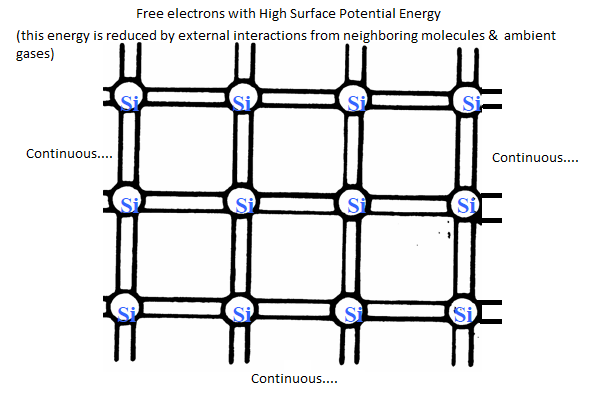 2
Why metals fused in vacuum?
0
Why don't two pieces of matter stick together?
2
What keeps objects made of gold apart?
0
If two pieces of the same type of metal touch in space, will they bond and be permanently stuck together?
1
Would two perfectly smooth surfaces of metal atoms bond together?
4
How do electrons travel between wires?
2
Why do similar smooth metals seem to stick together?
2
Will making the surfaces extra smooth increase friction?
7
Why don t tiny cracks heal in metal via cold welding?

7
Can metal rods detect underground wires?
0
Electric current in metal objects
4
What holds metal atoms together? And what accounts for the strength of metallic bonds?
11
Why do liquid metals conduct electric current?
0
Does the conductivity of a metal = how well it can function in a generator?
7
Why don t tiny cracks heal in metal via cold welding?
1
Even/odd number of electrons per primitive cell and conductivity
0
Is it right to conclude that Aluminium has free electrons from this?
2
Why free electrons do not leave the surface of metal?