I'm exploring different types of shadows casted by objects.
I want to know if antumbra part of a shadow is darker than penumbra part. 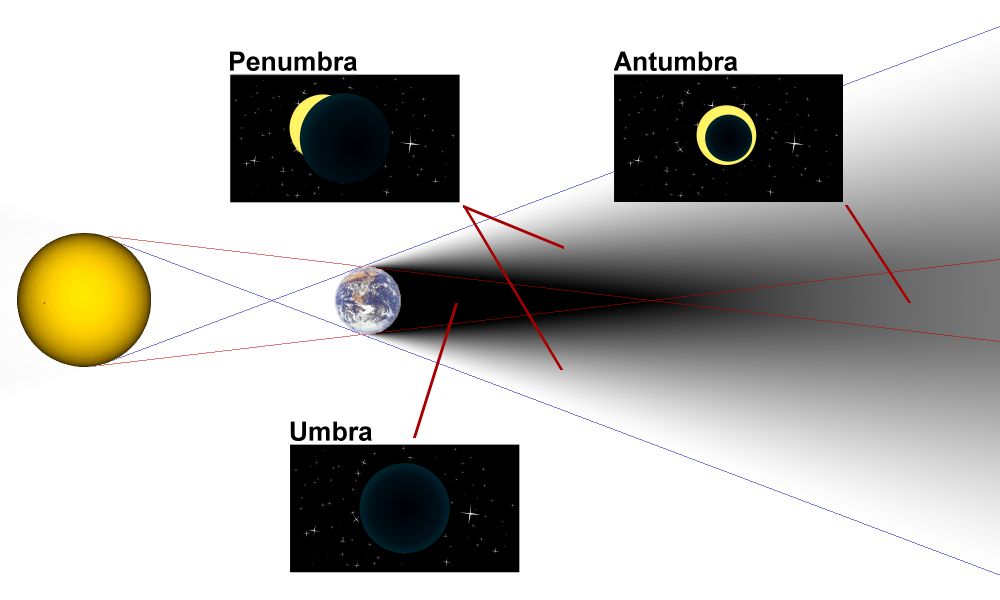 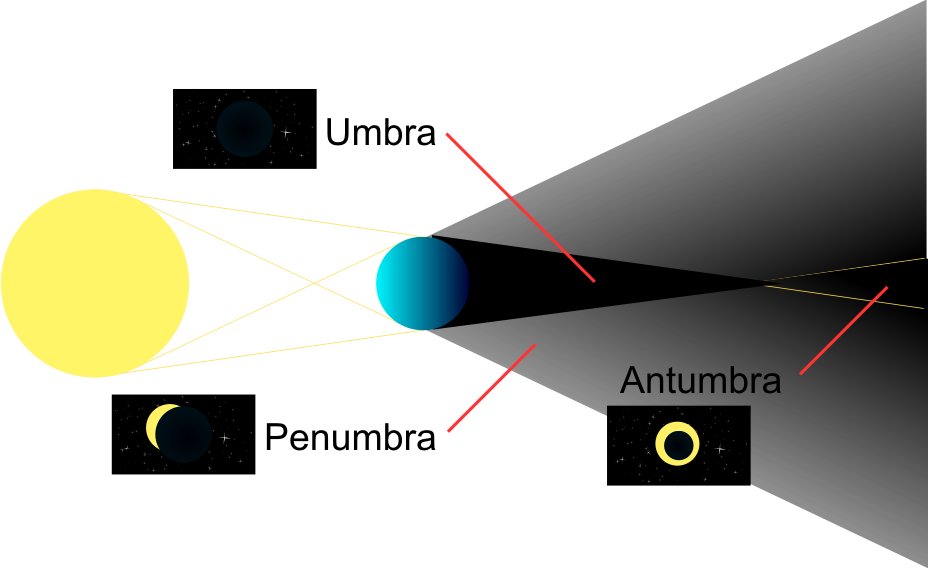 Which one is correct?

This example outside astronomy shows that antumbra is lighter than penumbra part of the shadow: 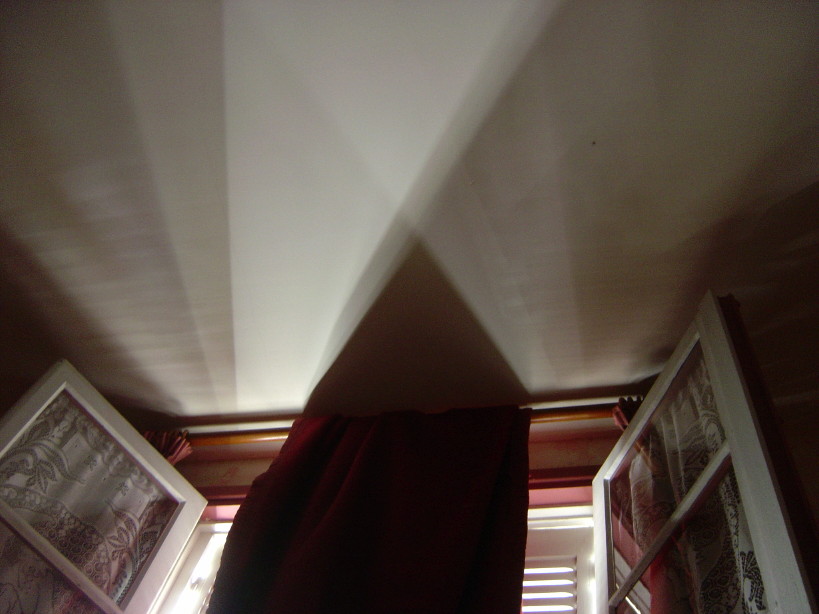 btw. Are there any reliable online references on that topic?

In one sense there is no such thing as either a antumbra or penumbra. Neglecting minor diffraction effects, a point source of light is either visible from a given point or it is not visible from that point.

In order to deal with an extended light source, like the Sun, we need to answer two questions to determine the light level at a point.

Secondly, we need to look at the brightness of those visible parts of the light source. A person who sees, say 1% of the Sun's surface at one point leading up to a total eclipse (penumbra) is seeing points close to the limb, and some points not so close. Someone viewing 1% of the Sun's surface during an annular eclipse (antumbra), is seeing points that average closer to the limb. Since points closer to the limb are dimmer (see the image of the Sun in your first illustration), the second person would experience a dimmer light from the 1% value than expected.

I think that last picture shows shadows cast by two light sources (the reflection in the window glass, perhaps?) Because the length of the umbra is just too short and the angles wrong for it to be due to a small, distant light source such as the sun. Perhaps an overcast day.

Furthermore, I think there are parts of the penumbra that are darker than the antumbra, and vice versa. You could probably qualify the question by specifying that it is a fixed radial distance from the light source.

I'm going do do the annoying teacher thing where I answer a question with a question. Which is darker, a partial solar eclipse, in the penumbra of the moon, or a planetary transit, in the antumbra of an interior planet? 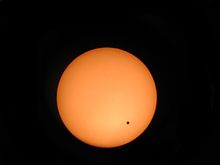 TL;DR the first example is quite accurate. Yes, the antumbra is darker.

This question also bugs me for like over two decades when I read astronomy introduction books at school library... Why antumbra is darker than penumbra? IIRC the illustration back then comes with fairy rough details, something like the lower picture. It looks so unnaturally to the point of unbelievable.

Plus my simple experiment with a torch gives contradiction. So I just think the book is misprinted and move on to other interesting topics... Until recently something brings me back to this curiosity again.

But I abandon astronomy discipline for so long, all I know for living now is writing programs, so I comes up with this simple simulator, and here is a result:

The result is similar to example no. 1 and I'll try to elaborate why this result should be correct. First, examples and experiments outside of astronomy is irreverent since light scattering on earth, while in space the main light source is only from the sun.

So we starts with a model of the sun that is very far away from us so it visible size stay the same no matter we measure it inside our interesting region. And for simplicity we let visible size of the moon stay the same when measure at any $y$ on the same $x$ distant, but vary when change $x$.

Let's consider umbra region, within this region the moon is visible larger than the sun and block all of the light. So it is total eclipse, or $density = 0\%$.

Lastly the most complex penumbra region, pick a point $p$ on the edge of antumbra region and jot down light density of that point (for example, $density = 50\%$). next consider a point in umbra region near an edge of the moon ($x = 0$), by shifting a little bit outward from the moon (let $x$ stay the same), we will start to see some light from the sun. We stop shifting at point $q$ when we get $q$ to have same density as point $p$. Draw a straight line between $p$ and $q$, this line represent same density of shadow in penumbra region.

So the light/shadow density of umbra-penumbra-antumbra can be roughly view with this contour:

We can see that at a same density, a corresponding contour (dashed line) looks like a cup; starting on one side of the moon, goes straight down until met antumbra's edge, then goes parallel to the moon to get out of antumbra, and lastly go straight up to another side of the moon.

This is just a simple model, in the real world size of the moon and sun will not always stay the same. Density line in penumbra is not a perfectly straight line. Light ray lost its power along the way they travel. And since the sun is a sphere (not a circle), maybe some part of them is brighter than other? All these details should have been take into account if we want more precise model. But for now I think this model is quite good enough to explain the concept.

Not the answer you're looking for? Browse other questions tagged optics astronomy visible-light or ask your own question.

0
Length of solid part of object shadow
2
Why is blue darker than yellow in an analog black and white photograph?
1
Why aren't pictures of Pluto darker than those of other planets?
13
Glowing light around my shadow during sunrise
1
Does a crescent moon cause (very faint) shadow bands?
39
Why are rain clouds darker?
3
In sunlight a shadow looks darker relative to the sunlight, but is it actually brighter than when there is cloud cover?