Why do some food items leak water on heating in microwave? 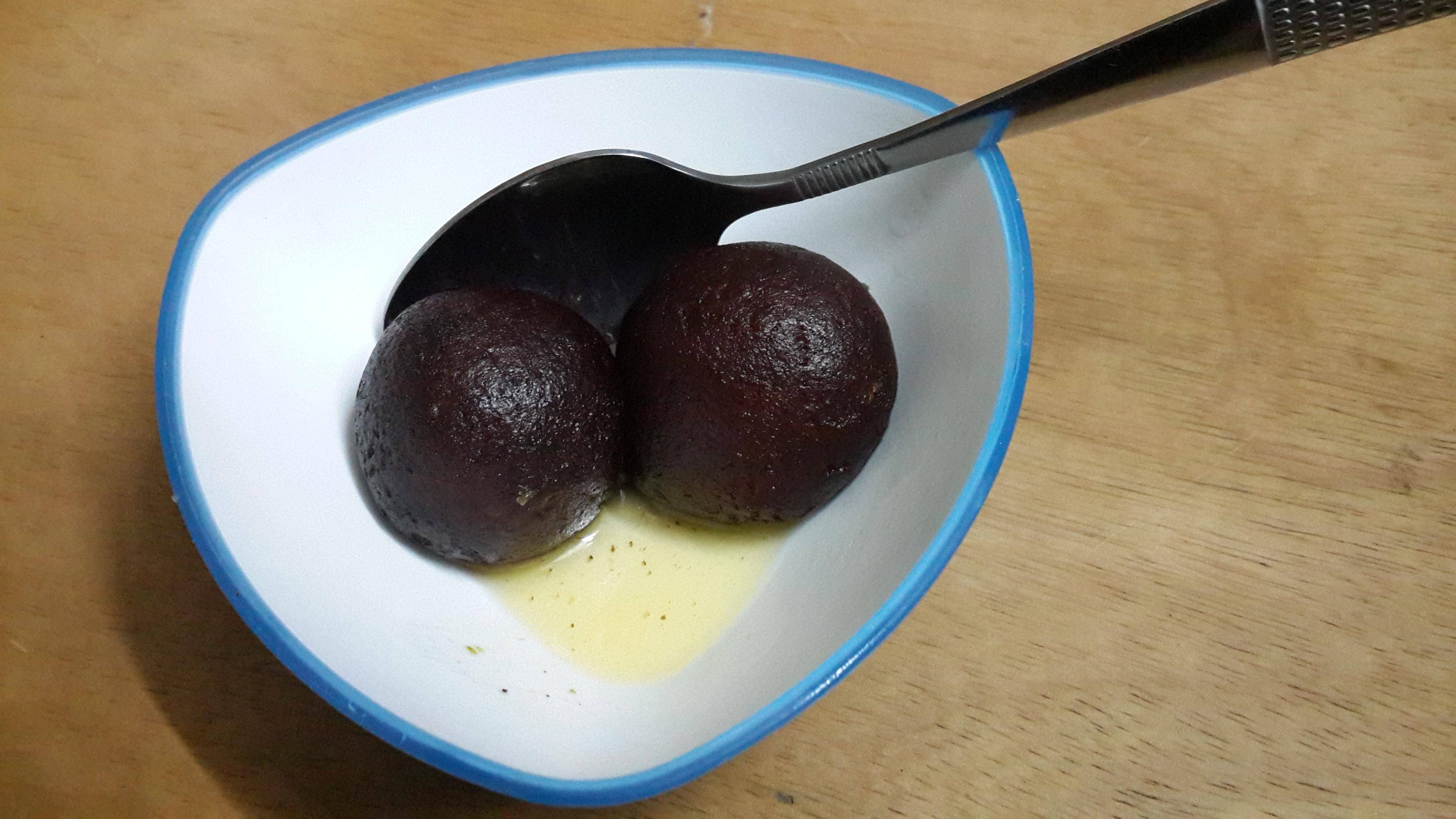 As seen in photo (delicious gulab jamun) after heating a certain food item that contains water, simply leaks it out. The sugary syrup seen in photo was not present with the sweets before heating but was obtained as soon as it was microwaved.

As the question says, why does this happen ? Why do food items which contain water, after heating in microwave besides heating, leak out the water content too ?

I don't think there's anything especially subtle going on. If you compare a cold gulab jamun to a hot one you'll find that the hot one is a lot softer. I suspect that as the gulab jamun softens it is compressed by it's own weight and squeezes out the sugar solution.

As I recall (it's a long time since I've seen these made) you fry them then put them in the sugar solution and leave them to cool. Since they're cooling when suspended in sugar solution there will be little net force on the gulab jamuns and they remain spherical. It's only when removed from the sugar solution that they are deformed by their own weight and squeeze out the syrup.

The next question is why they soften on heating. Well everything softens a bit on heating, but in this case I'd guess that a lot of the rigidity when cold comes from hydrogen bonds and hydrogen bonds are disrupted by increasing temperature.

I noticed you mention that they visibly expand when heated. The coefficient of expansion of water from refrigerator temperature to boiling temperature is small enough that one would only expect a roughly 1% increase in radius; it's more likely that the expansion you observe is due to gasification of moisture in the food, which fills the porous structure and causes it to bloat like an inflated sponge. This bloating is due to the presence of pressurized steam-pockets within the porous dessert; since there will be a slight pressure differential between the outside and the inside of the dessert, fluids (liquid or gas water) will attempt exude out of the spongy material. In some sense, this process is similar to a wet sponge being squeezed from the inside out.

I suspect that this, in addition to what John Rennie wrote, are the two primary contributing factors in this syrup-loss phenomenon.

As for the softening upon heating, it should be pointed out that concentrated sugar solutions change their viscosity immensely as a function of temperature. When you cool them down back to refrigerator temperature overnight, do they harden again? If so, then this is the likely culprit behind the softening effect.

Not the answer you're looking for? Browse other questions tagged home-experiment microwaves or ask your own question.