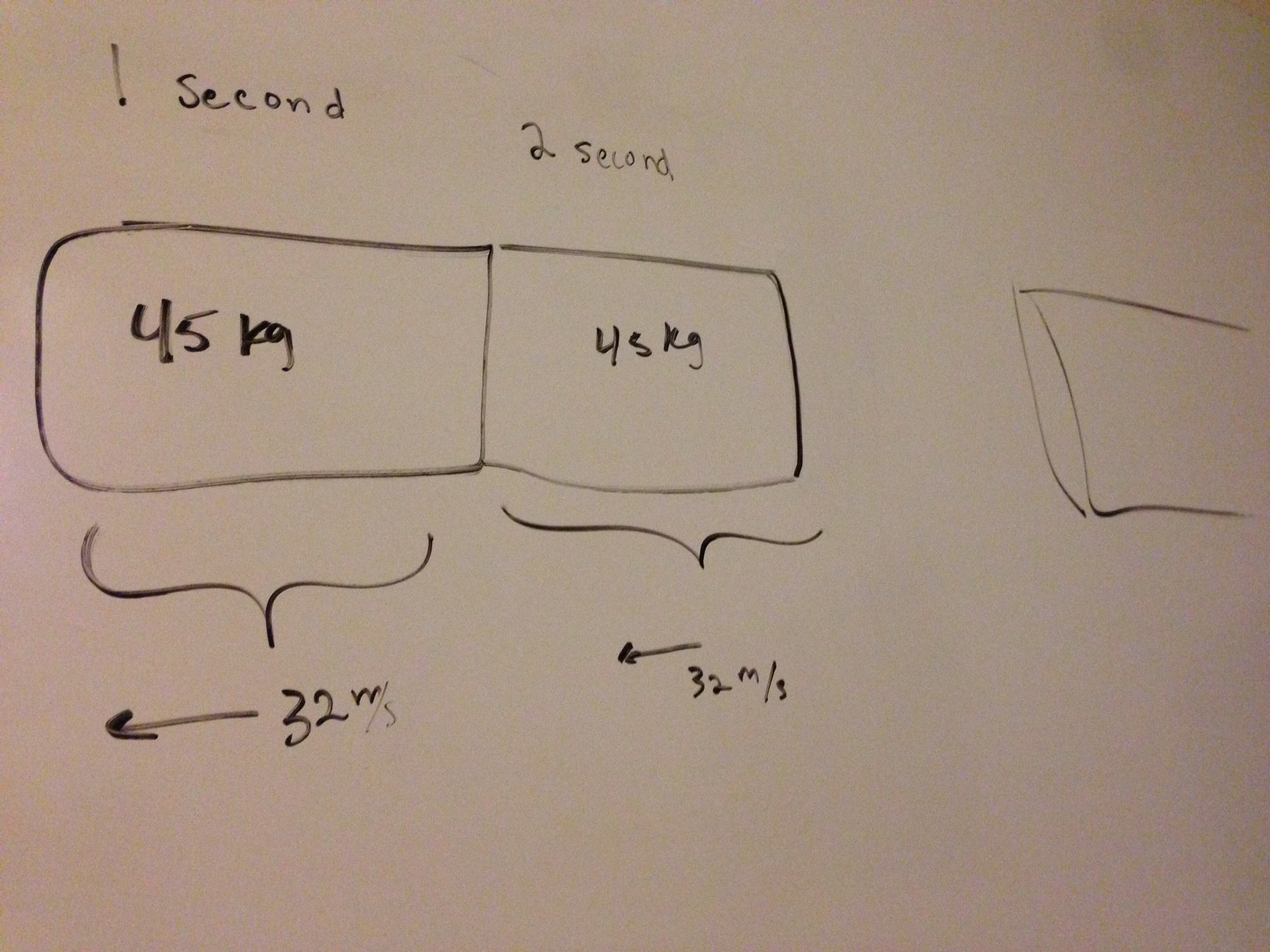 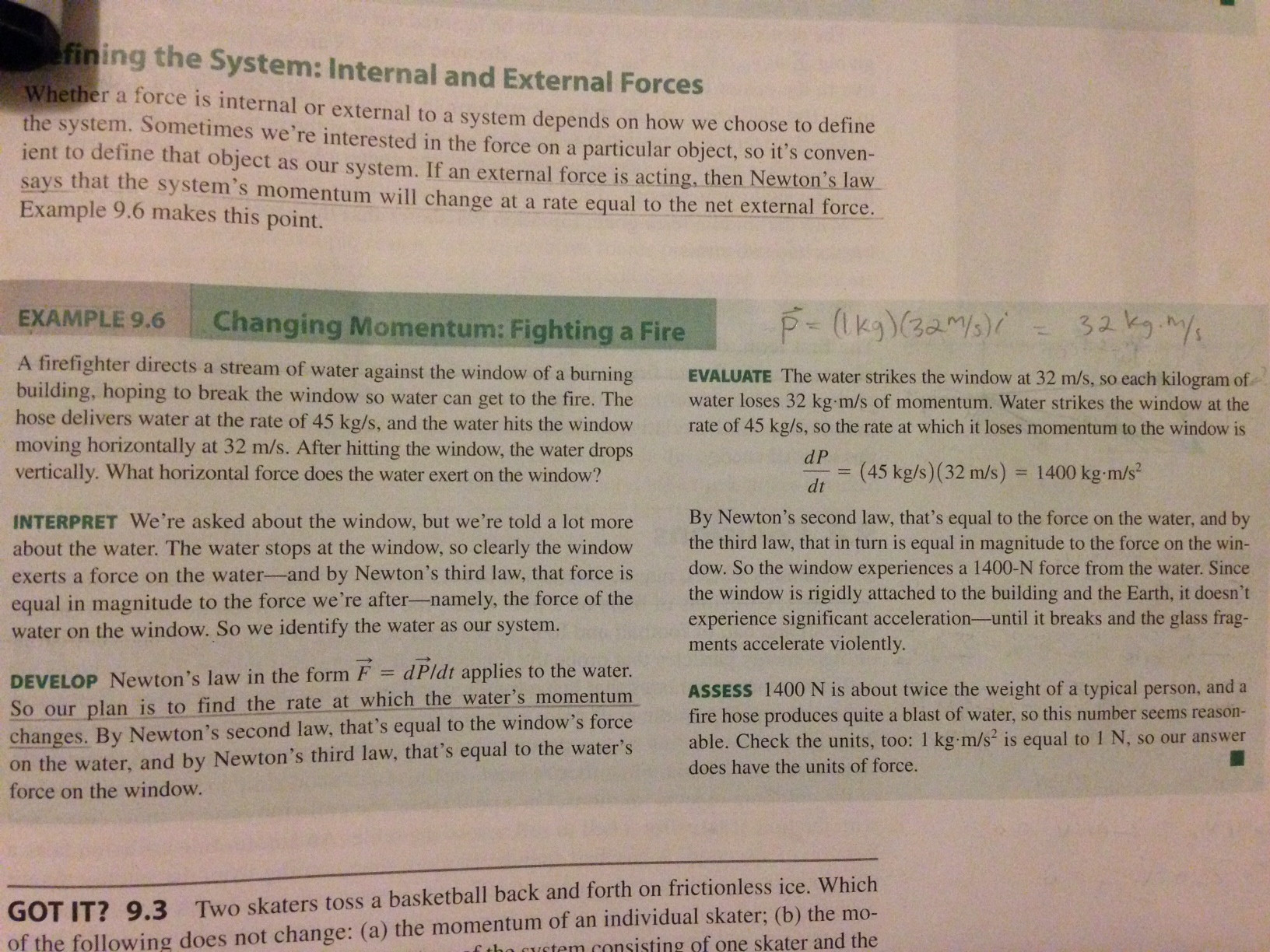 Okay, so I am having a hard time wrapping my head around this. Before looking at the answer, I worked the example and got the answer only because I used dimensional analysis to get me to the right units for force. However, to be honest, I don't think I even understand the concept here. I know mass is changing and velocity is constant, but what is throwing me off is where it says "The water strikes the window at $32\, m/s$ so each kilogram of water loses $32\, kgm/s$ of momentum. Water strikes the window at the rate of $45\,kg/s$, so the rate at which it loses momentum to the window is $1400\, kgm/s^2$" How is it losing $32\, kgm/s$ of momentum and then at the same time also losing it at a rate of $1400\,kg m/s^2$?

Why does it even mention "The water strikes the window at $32\,m/s$ so each kilogram of water loses $32\,kgm/s$ of momentum" what is the purpose of that sentence. That is really confusing me.

EDIT: I added this simple diagram to show how I see this system. Where is $32\,kgm/s$ of momentum come in? (I am aware that the window is now showing)

Let's take the picture you drew to visualize this and run with it; I think it's a pretty good way to think about the problem.

It follows that the rate of change of the momentum of the stream of water has magnitude $1440 \,\mathrm{kg}\, \mathrm m/\mathrm s^2$; this is the rate at which the momentum of water stream decreases due to the successive chunks hitting the wall and stopping second after second.

Not the answer you're looking for? Browse other questions tagged homework-and-exercises newtonian-mechanics forces momentum or ask your own question.