What is the precise definition of Gravitational Sphere of Influence (SOI)?

I am trying to understand the gravitational sphere of influence (SOI), but all I get by searching is the formula that you can find on Wikipedia, that is

a: semi-major axis of smaller body

When inputing the Moon numbers in this formula, we get a SOI of 66,183 km for the Moon over the Earth. This is consistent with other sources on the web, for example the Apollo mission transcripts when they talk about entering the Moon SOI.

What I don't understand is that when I calculate the gravitational forces between different bodies using Newton's laws, an object placed at this distance between the Earth and the Moon still gets a bigger pull from the Earth. Say for example that we had an object with a mass of 100 kg, these are the gravitational pull (in Newtons) that it would receive from the Earth and the Moon at different distances :

As you can see, the pull from Earth and Moon cancel each other at around 38,000 km, not 66,000 km. This is somewhat counterintuitive to me, as I first thought that a spacecraft (for example) would get more pull from the Moon than from the Earth when it entered the Moon's gravitational sphere of influence. I suspect that it has to do with the fact that the Moon is in orbit around the Earth, i.e. it is in constant acceleration in the same direction as the Earth's pull, but I would like a clear explanation if somebody had one. 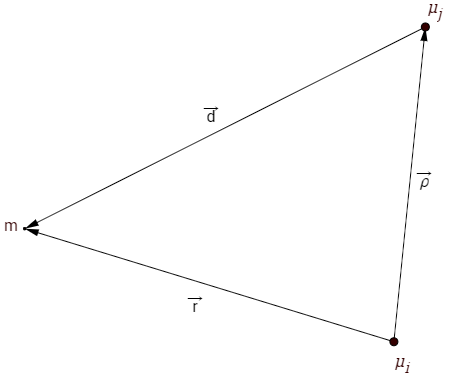 5
What is the reasoning behind the Hill Sphere?
1
Determinstic implementation Sphere of Influence change using Patched conic approximation
2
Finding sphere of influence in multibody system
2
Moon Gravity Vs Earth Gravity Pull
0
Points in space where the gravitational force due to two bodies are equal in magnitude
0
What is the smallest range at which we have measured the effects of gravitational force between two masses?
1
What caused the curve in the Apollo transearth trajectory?
1
What happens to the water on the surface of the Earth if the Earth is not rotating about its axis in the Earth-Moon system?
1
How to calculate the sphere of influence of a planet?