Can the magnetic lines of force of two or more magnets intersect each other?

Basic property of magnetic lines of force is that, they can never intersect each other. Among the two points given below, which one is correct?

Here are from wikipedia drawings of the field lines of two magnets in two orientations, like-like, like-unlike . 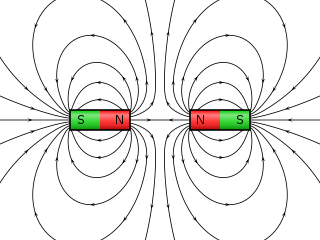 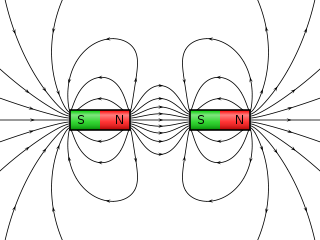 The lines distort but do not intersect.

These field lines are solutions of the formal Maxwell differential equations. Differential equations do not give discontinuous solutions, as would be the case if two lines crossed. Discontinuities in the solutions when smooth boundary conditions exist are not possible, as in the drawings. Discontinuities can exist as singularities, which can only exist at the source of the field. The field lines themselves follow smooth functions away from sources.

Mawell's equations have been continually validated by an enormous number of experiments and applications and thus we trust the descriptions of nature that the solutions give.

The other answers are quite complete, but magnetic (and electric) lines DO cross in some special cases.

An example would be the magnetic quadrupole configuration:

This doesn't contradict the other answers, but it means that at the centre there is no field and there are several directions of getting there (it would be an equilibrium point).

When you have two magnets there are 3 magnetic fields it makes sense to talk about:

In your example, you can still make the same distinction. The answer is that even if you try to bring together the north poles of two magnets the magnetic lines of the TOTAL field will NOT intersect. Instead, they will look like the pictures posted in the other answers.

Both fields will distort each other. The topology will look like compressed field lines, but they will never intersect. If you flipped the magnets so that opposite poles are in proximity, then the field lines will combine together

In quadrupoles and the picture jinawee posted, the lines don't intersect either. As jinawee pointed out, the field at the center (where the lines "seem" to intersect) is zero. The field strength "continuously" decreases as you move from a pole towards that point, and is zero at that specific point. Mathematically you can continue the field lines "as close as you want" to this point, but since the field itself is zero there, you have no field lines and therefore there is no intersection. As you can guess, two of the lines in the figure are pointed towards this point, and the other two are pointed outwards. The reason is that the potential in this particular configuration is saddle shaped, and the "seemingly" intersection point is the saddle point. So you can guess again that it isn't an equilibrium point. This means if you fix a very very tiny piece of iron or any magnetizable metal in the middle of this configuration (the saddle point), a small perturbation can send it going towards the poles on the path of the field lines.

anna v ' s answer is complete and satisfactory, but she misses a little detail I thought I'll mention.

The field lines created in space due to a magnet or any combination of magnets at any point depict the direction of the net magnetic field at that point in space. The tangent to the field line curve depicts direction, and the density of field lines depicts magnitude.

If field lines ever intersect at any point, there will be two tangents to the field line curve at that point, which is contradictory, as there can only be one net magnetic field vector having only one direction at any point in space.

This also proves that the field lines have to be continuous and diffrentiable, meaning they can't have breaks or sharp corners.

Field lines of both electric and magnetic origin do not intersect ever. But you have to remember when we say this we are talking about the resultant field lines.

Obviously the individual fields of two charged particles or magnets if drawn separately could be shown to intersect. But wherever these 2 fields would intersect their components along some directions would add up and along some would cancel out, which will leave you with a single field line, since this will happen at all intersections the field lines if plotted as done in previous answers would be seen as compressing or expanding in certain places rather than several intersections.

Not the answer you're looking for? Browse other questions tagged electromagnetism electric-fields magnetic-fields virtual-particles or ask your own question.