Can a conductor run out of electrons to cancel external electric fields?

I know that practically under electric fields of magnitude that can drag out all electrons from the conductor's body to surface field emission and/or electrical breakdown would be taking place, But is this phenomenon theoretically possible ?

We would require an extremely high intensity electric field to make the conductor 'run out' of electrons. As we know, the external electric field is countered by electrons arranging themselves, thereby creating another electric field (keep this in mind, since it means that at the very moment the field is applied, it does in fact penetrate the conductor, but this changes very fast).

When the field magnitude is very high, the effects you spoke of can theoretically happen. At the very least though, the intrinsic electric field established by the movement of electrons will stay constant. 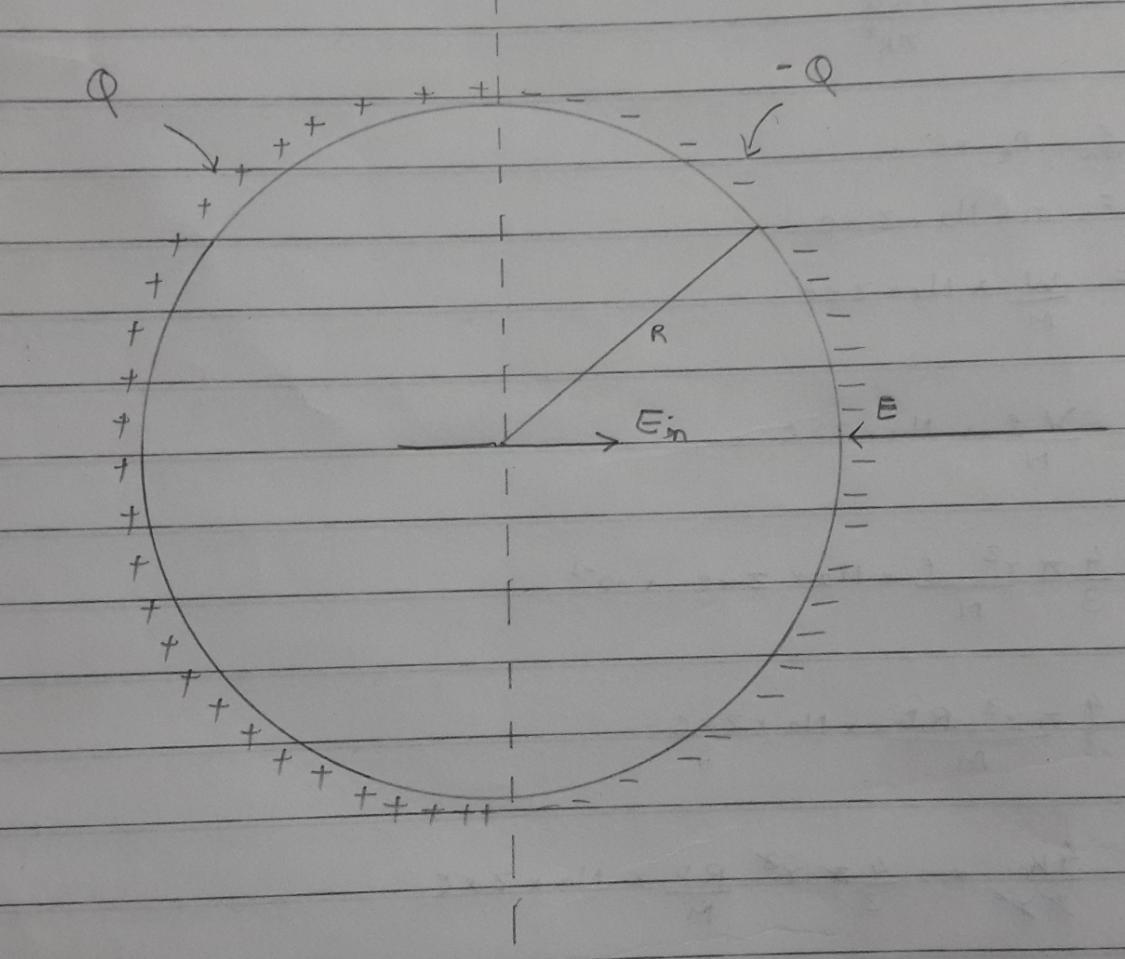 Note : Extremely Approximated calculations just to check at which scale the effect may be observable

Approximation : Somhow got external field along a single line and all the charges of conductor came to surface equally to two halve rings in the plane of electric field "line" to cancel the external field.

for radius in nano scale we will get electric field that would not cause electrical breakdown, on this scale or maybe smaller the effect can be possibly observed. Otherwise the large field would just continue to cause electric breakdowns.

We have studied so far that electric field inside a conductor if no charge is placed inside is zero.

What happens now? Simple: from the electric boundary condition you still get that $\vec{E}_{out} - \vec{E}_{in} = \frac{\sigma}{\epsilon_0}$, but this time $\vec{E}_{in} \neq 0$. That is, you will get a static electric field inside that is not zero. Note that now the conductor is no longer a conductor, since you imposed that all the free charge resides on the surface (only the surface is still a conductor, not the inside).

I know that practically under electric fields of magnitude that can drag out all electrons from the conductor's body to surface field emission and/or electrical breakdown would be taking place, But is this phenomenon theoretically possible?

There is $\sigma_{max}$ achievable, depending on the conductor's composition. It is explained by the fact that electrons bounding energy in metals is finite. When the charge density is high enough, external electrons will be pushed outside of the conductor since the force they experiment on themselves is higher the boundary force plus the external force field.

consider a sphere which is kept in electric field.. so negative charge is induced on one side and +ve on another side. if all the free electrons are ionised and still there is electric field inside a conductor then it means "E" inside a conductor is pointing from negative to positive which is a violation of direction of E field.so my guess is atoms will be polarised to make 0 E field or will break the bonds like high current passing through wire

A typical small wire contains thousands of coulombs of electrons in the conduction band. For example, in Cu metal, each atom donates one mobile electron to the sea-of-charge.

Even a simple circuit might have one or two cubic centimeters of copper. Assume that the circuit as a whole, treated as an isolated sphere, has a capacitance of a couple of picofarads.

energy contained in one ton of TNT = 4.2e9 joules

So, don't remove all the electrons from a resistor. They'd spark! After things settled down, the end result would be a vast pool of lava centered on your neighborhood, with several burning cities around the (distant) crater edges.

KLINGONS TRY TO REMOVE ALL THE ELECTRONS FROM A SMALL ROCK?

On the other hand, doped semiconductor typically has one mobile charge-carrier per 10^6 to 10^9 atoms, and in diodes, BJTs and FETs, all the charges are swept out of the microns-thick layer called "depletion zone." That's the central 'magic' behind semiconductors: a charge density so low that it becomes easy to sweep all the electrons out of a thin layer, converting that layer into insulator.

Not the answer you're looking for? Browse other questions tagged electrostatics conductors or ask your own question.