Why current through all the resistors in series is considered to be same? [duplicate]

Thus, if you have agreed all the three points, you will conclude that "current through each resistor is different."

But, the current through each resistor is considered to be same through all the resistors in case of series connection.So,here comes the unanswered question at the end "How can this contradiction be explained?"

NOTE 1: I have noticed many saying that, if current (motion of charge per unit time) "I" had pass through the conductor, then same current (motion of charge per unit time) should come out of the conductor, taking the analogy that same water (not considered rate of water) which had flown into the pipe should come out.It is not so,if they have considered rate of motion of charge at first they must consider rate of flow of water latter.You can see Nabeshin, explaining the problem with analogy of flowing water.click here.It is also said that, if current through each resistor is different, electrons would pile up.Yes, there will be slight piling up, that is what results in heating of resistors.But considering this any one can't say current could not be different through different resistors.

NOTE 3: If you still want to consider the analogy of water.Consider the following picture, where you can visualize flat surfaces as resistors and down falling movement of water as other part of conductor.You can see flow of current is slow at the flat surface (resistor), once again speed will be compensated and it moves with the actual speed it had before.Thus, speed will be different at flat surface (resistors), and not same through out the motion of water (circuit). 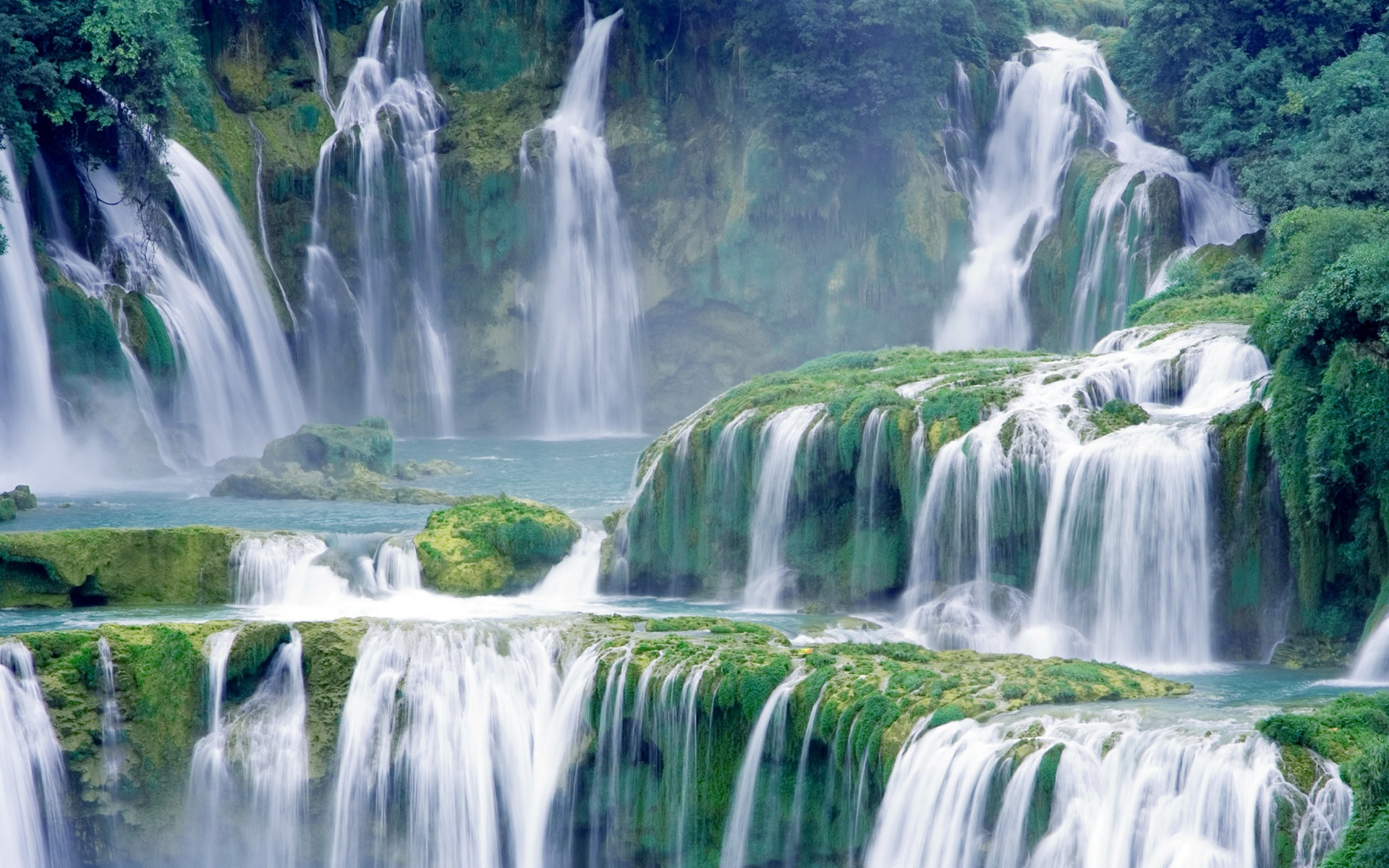 Anyway I want anyone from here onward's to give answer either saying current is same in all the resistors "proving my explanation false" or obeying my explanation.Please don't opt other way for proving current to be same in all the resistors, just say where am I going wrong in the explanation, it has still remained as "doubt" for me and others.
"If you do agree with my answer, please report a answer specifying reasons why you obey it, other wise it would mean as if there was no acceptance on my explanation."
I want David Z take off the sign of duplicate, as I have reasoned out how I am not satisfied with previous answers.

I hope my doubt will be cleared at least now!

[Statements made above are up to my view.Any correction advisory is welcome.]

Edit in response to your comment: What you said is plainly not true. Experimentally, the same current passes through both resistors. What happens is that the voltage drop is different, according to Ohm's law: $V = IR$. When the resistance is higher, the potential difference must be higher so the same current can pass through.

I know that if you think about it, it looks like there would be less current through the bigger resistor, but it's not like that and no thought experiment will help you. Think about what would happen: if less charge passed through the first resistor, a charge density would start to appear, and it would create electric fields that would interfere with the current. If you get a couple of resistors, cables, a battery and a voltmeter, you can easily see this is not the case.

I don't understand how this follows from the preceding two statements.

This is just plain wrong. If the resistors were parallel connected such that they have identical voltage across, then the above is correct (if you change greater to less).

But the resistors are not parallel connected.

Instead, they are series connected which, by definition, means that they have identical currents through and, thus, the voltage across R1 is greater than across R2.

To make it simpler, consider charge (or current) flowing through the circuit as a car on a one-lane street. It can not turn back, only travel from B to A. Once it has gone through $R_1$ it has no option but to go through $R_2$. On the other hand, if there was a parallel connection, or for the purpose of this analogy, a fork in the road, the car would have the option of going through either one of the roads. In the case of electric charge / current, we see it as splitting across both paths in the proportion $Q_1 : Q_2 = R_2 : R_1$

Here's another way to look at it:

The charge passing through a resistor depends on the resistance as well as the potential difference across the resistor. Now consider two resistors, connected such that the potential difference across them is the same. In this case, your points would be correct, i.e. the charge and hence the current passing through each resistor is different. However, this case, by definition, is the case of parallel connection.

In case of a series connection, the potential difference across the individual resistors is not equal, so you can not claim what you do in your question. Rather, $\frac{V_1}{V_2} = \frac{R_1}{R_2}$, which ensures that the charge and current passing through both resistors is equal.

If you insist for a mathematical proof:

Not the answer you're looking for? Browse other questions tagged electricity electric-circuits electric-current electrical-resistance or ask your own question.

8
Current in series resistors and voltage drop in parallel resistors
0
Why do we consider current to be constant throughout a circuit?

8
Current in series resistors and voltage drop in parallel resistors
0
Why doesn't Bernoulli's Principle apply to Current and Resistors in a circuit?
1
Resistors in series vs parallel
1
Having trouble understanding the concept of current and Ohms law
3
If current is same, is it correct to say that the speed of charge passing through a resistor is more than that of a normal wire?
2
Why current in series circuit is the same?
0
Confusion regarding current and resistance in series circuit
3
Why is voltage same for the two resistors connected parallel in circuit?