Mathematical model for this graph of a simplified binary star system?

Unnecessary background for question: I had a school assignment asking us to relate a quadratic equation to a real life example relating to our future dream career, making sure to express the accuracy of the equation (knowing it would be practically impossible to find an exact match considering parabolas go on infinitely both ways on a graph). I want to be a theoretical physicist and so the best I could come up with was modeling the velocity of a star of a simplified binary star system.

Here is an animation of the simplified model in question. It assumes inertia is never lost.

Here is a rough graph modeling a star from the system. 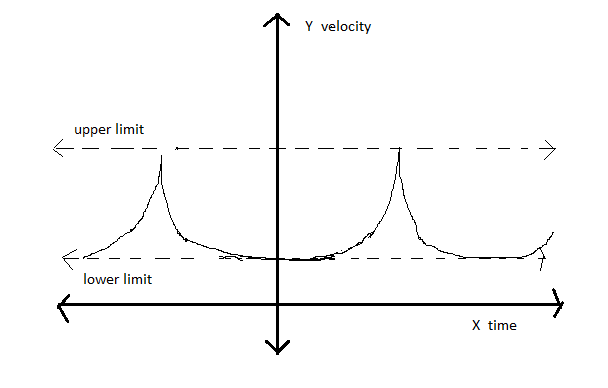 So, is there a good mathematical equation for this graph? The equation should model the spikes out infinitely.

This problem can be treated as an elliptical Kepler orbit. But for a Kepler orbit it is assumed that one mass is much more massive than the other: $m_1>>m_2$, which means that $m_1$ basically sits still at their center of mass.

But both masses will move symmetrically around their center of mass (if one moves closer the other will move closer as well, inversely proportional to their masses), which allows you to write their attractive force as a function of their distance towards their center of mass ($r_{COM}$). $$ F_1=\frac{Gm_1m_2}{\left(\frac{m_1+m_2}{m_2}r_{COM}\right)^2} $$ This only scales the force and is equal to an object orbiting a much more massive object (located at the previous center of mass), like a Kepler orbit, but with different masses. 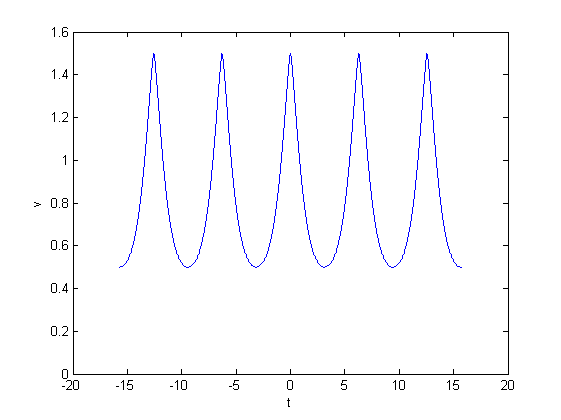 The $\pm5$ in the exponential changes the position of the spike, $10$ controls the upper limit while the $2$ controls its lower limit. 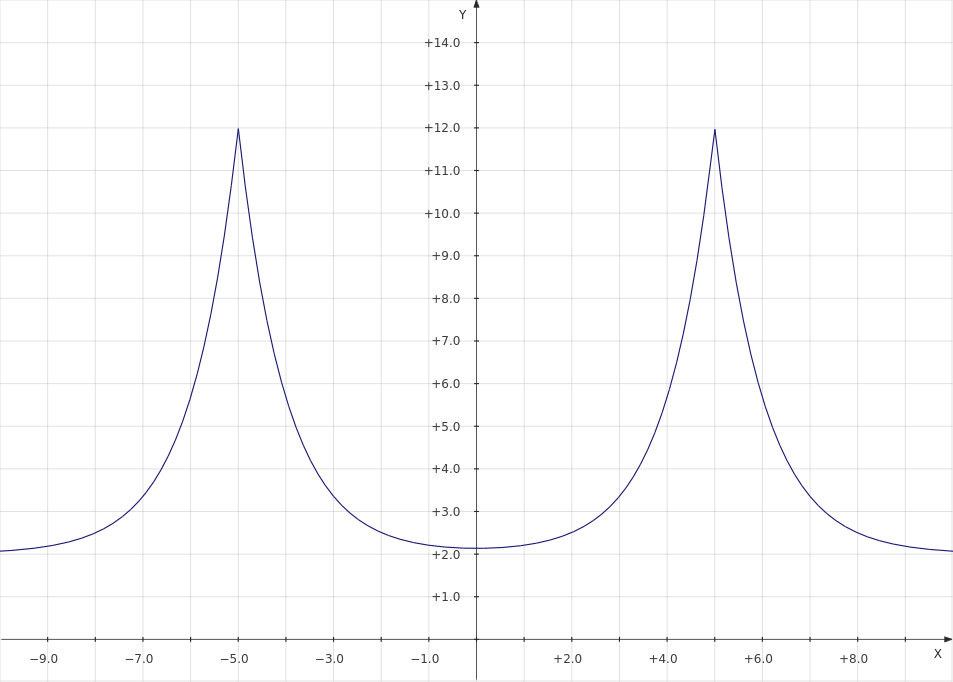 This isn't really right for a highly eccentric orbit. Your animation clearly shows the stars traveling in opposite directions in a sinusoidal motion and your sketch does not replicate this. I suggest taking a look at something like Nightfall, which models binary eclipses.

Not the answer you're looking for? Browse other questions tagged homework-and-exercises newtonian-mechanics newtonian-gravity orbital-motion velocity or ask your own question.

16
What are common methods for calculating the time dependency of elliptical orbit?
3
Position of two bodies as a function of time, special case