I can't find an answer of why the lowest temperature is -273.15ºC. Is it deduced theoretically or is it experimental?

An explanation is that when any gas volume tends to zero, the temperature will be -273.15ºC (Charles law). But shouldn't this number have some kind of error? And this would only apply to ideal gases. 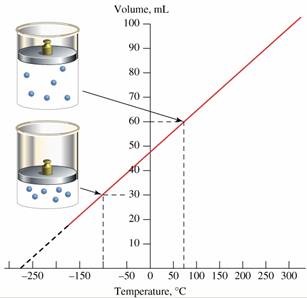 Well the real question should be why is there a °C (Celsius).

The Kelvin scale is referenced to the triple point of water, not the freezing point, and that Temperature is about 0.1°C (it might be 0.098°C but I am not sure about that).

These definitions have been in place since 1967.

It is indeed defined as the temperature for which an ideal gas reaches a zero volume. Or that's how the definition is based. This number has an error altough I can't seem to find it anywhere, they probably did a lot of experiments so that the error is much smaller than the value -273.15°C that's used for 0K.

Not the answer you're looking for? Browse other questions tagged water temperature units definition metrology or ask your own question.