What are the fundamental problems of being in a world with only 2 spatial dimensions?

I was reading through Stephen Hawking's explanation of 2-dimensional space. In that he mentioned that it will be very difficult to design a living being that could exist only in 2 spatial dimension. What are the fundamental problems arise with a being living in only 2 spatial dimensions?

We don't know all the laws of physics for 2d. Hawking's argument, mentioned in this answer, may seem plausible if we insist to use the same blueprints of our world to a 2D one. But even so, there are living beings whose digestive system doesn't prevent them for being simple connected. They are coelenterata and cnidaria, and have only one opening, both for "input" and for "output": 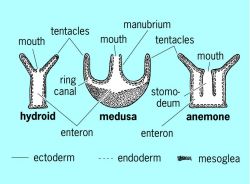 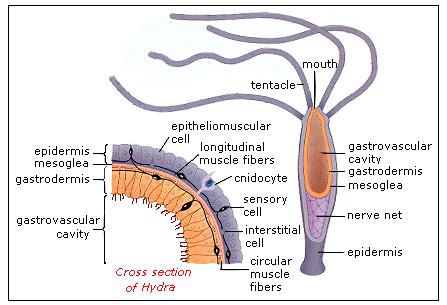 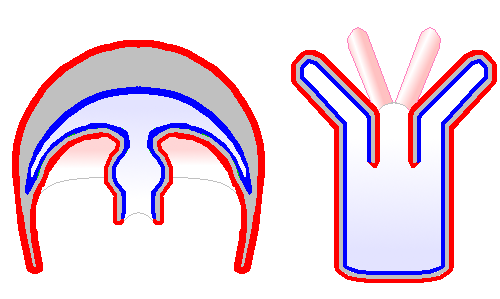 Other argument, raised by Eddington, and reiterated by Tegmark, is that the atoms and the solar systems would not be stable, because gravity and electric forces would no longer vary with the inverse square of the distance. This, again, if we want to apply the same rules. This argument is a bit surprising as coming from Tegmark, who made it in the context of his mathematical universe hypothesis. He argued that any possible universe, described by any possible mathematical structure, exists, but we live in one which allows for intelligent life, and unstable orbits would not allow. If we consider all possible worlds, why consider that the Poisson equation should be valid in all?

I have read similar statements in his Brief History of Time. His argument is that in 2 spatial dimensions, a creature could have no digestive system etc without failing into separate pieces, since a path would have run right through the creature...

The Weyl Tensor vanishes in 3 dimensions, which means there is no vacuum gravity (since the Einstein field equations imply $R_{\mu\nu}=0$ in a vacuum). Most of the interesting gravitational effects we know are a result of vacuum gravity, including apples falling, and stuff having orbits.

Note that even Newtonian gravity is sufficient to show that there are no stable orbits -- see this video summary by 3blue1brown of Feynman's argument as to the existence of stable elliptical orbits in 3 dimensions.

Not the answer you're looking for? Browse other questions tagged spacetime spacetime-dimensions popular-science or ask your own question.

6
Is time fundamentally different from space?
0
Is there a relation between the number of dimensions of space time and the number of fundamental forces?
0
What is the basic concept of four-dimensions in physics?
1
Are the three spatial dimension really two way?