We just finished studying Gaussâ€™ law and were puzzled by this thought. If I look at a copper atom and focus on the 29th electron in the 4th shell, according to Gaussâ€™ law, I can draw a Gaussian surface that completely encloses the first three shells plus the nucleus. It is my understanding that the 29th electron will not contribute to the E-field inside this Gaussian because this charge is outside the Gaussian. However, it does not mean that the 29th electron doesnâ€™t apply an electric force on the inner electrons, especially the 3rd shell electrons. So here is my dilemma: wouldnâ€™t this effect the E-field of the inner shell electrons?

Please, if possible, answer this question without quantum if possible.

It is a misconception to think that just because the 29th electron is outside the gaussian surface, it will not have an effect on the electric field inside it. The total flux through the surface is indeed zero, but that doesn't mean there is no influence: imagine a point charge and draw up a sphere next to it. The electric field goes in on one face and out the other to make a zero flux, but there's definitely a field inside.

The situation for copper is slightly more complicated because the electron is in a spherically symmetric s orbital. This does reduce its influence on the inner electrons, not because of Gauss's law but because of a theorem of Newton:

the electric field due to a spherical shell of charge vanishes inside it.

However, the 4s orbital is not simply a spherical shell of charge around the [Ar] 3d10 core. Even in the most simplistic, hydrogen-based models, the higher s orbitals still have a sizable probability of being inside the core, and have multiple shells of positive probability: 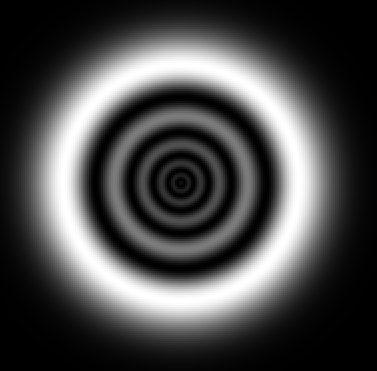 Source: Wikipedia. Note that this is a 6s hydrogen orbital with no actual relation to copper; a 4s orbital has four such spherical shells.

Because of this, the 4s electron does create a nonzero electric field inside the atomic core, and this does affect the inner electrons.

As you have guessed, of course, in real life this is much, much more complicated, and quantum chemists will send you packing if you tell them you need an accurate ab initio description of the whole copper atom all the way to the 1s2 core. The electrons are highly correlated, and all of them interact strongly with each other, including such lovely job-simplifying features like exchange interactions. Quantum mechanically, the bottom line to your question is that it's meaningless to talk about "the 29th electron," because all the electrons are indistinguishable and therefore you must consider them all as a whole. (Specifically, "the charge density due to the electron in the 4s orbital" is not a meaningful physical quantity.)

However, the quantumness actually helps. The reason for this is clear if you try to come up with a classical model of a copper atom. Even if you preserved the shell structure with the lone 4s electron orbiting well outside them, the inner electrons will be a hugely complicated jumble of electrons whizzing around, and the system will be nowhere near spherically symmetric. While you can still draw a gaussian sphere and get information about the total flux, this does not help at all in describing the electric field at any particular point.

In the quantum case, on the other hand, everything is much simpler. You have a bunch of closed shells and a single $s$ electron, and this means that the whole atom is spherically symmetric. Electric fields must be radial and uniform, and drawing gaussian spheres does help you calculate the electric field at a given radius.

Not the answer you're looking for? Browse other questions tagged electrostatics atoms or ask your own question.