Time reversal and the solutions to Maxwell equations 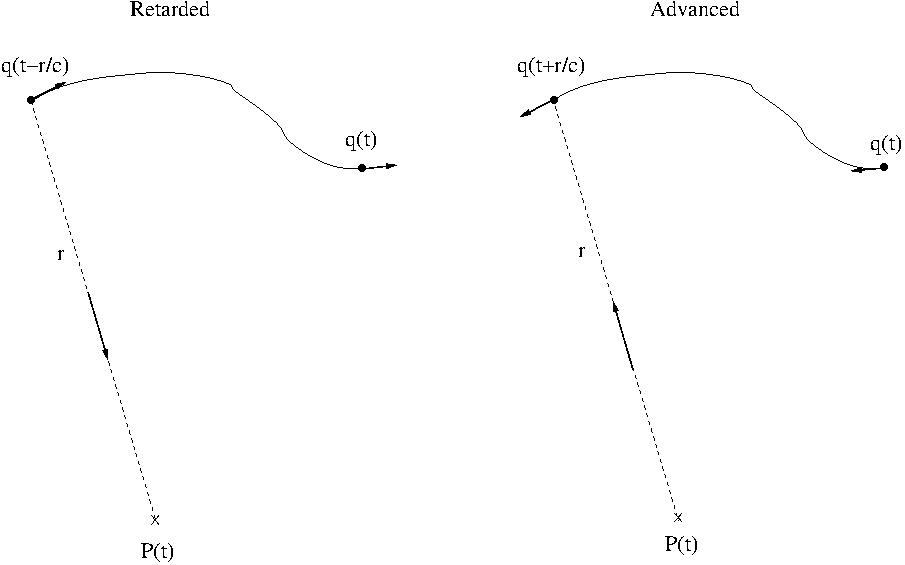 The standard Lienard-Wiechert potentials describe the electromagnetic field at a point $P$ at time $t$ due to an arbitrarily moving charge $q$ at the retarded time $t-r/c$. An electromagnetic influence is assumed to travel, with the velocity of light $c$, from the moving charge $q$ at time $t-r/c$ to the field point $P$ at time $t$ while the charge moves along its path. This situation is illustrated on the left-hand side of the diagram. Physically the charge $q$ is in arbitrary motion whereas the field point $P$ is at rest in an inertial frame.

But the laws of electromagnetism are assumed to be time reversible. Therefore the time reverse of this process should occur in Nature. This is shown on the right-hand side of the diagram. Have I got this right? Basically all velocities are reversed including that of the electromagnetic influence.

Thus we have a picture in which an electromagnetic influence travels from a field point $P$ at time $t$ and intercepts a moving charged particle $q$ at a later time time $t+r/c$.

So to what physical situation does the advanced description correspond?

I believe that it might describe the situation in which the charge $q$ is at rest in an inertial frame and the point $P$ is in arbitrary motion. Thus, relative to an observer moving with point $P$, charge $q$ has an apparent motion illustrated by the right-hand diagram. The observer, at point $P$ and time $t$, measures a kind of inertial electromagnetic field that is determined by the apparent position of the charge at the advanced time $t+r/c$.

Could this be the answer to the meaning of the advanced solutions to Maxwell's equations?

The laws of electromagnetism are indeed time-reversal invariant, but this can sometimes be in a fairly restricted sense, particularly when dealing with causality as regards the Liénard-Wiechert potentials.

Consider the following situation. A charged particle is travelling under the influence of some force $\mathbf F_\text{ext}(t)$ which is due to a time-reversible interaction with an external system. At a certain time $t_0$ this interaction causes a bend in the particle's trajectory. This acceleration causes it to emit radiation, which we know will be described by the retarded Liénard-Wiechert potentials. This radiation will exert a back-reaction force on the particle, which alters the trajectory from what the single force $\mathbf F_\text{ext}(t)$ would have shaped. 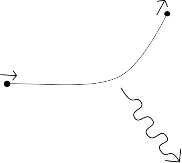 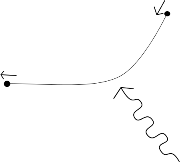 Let's look, on the other hand, at the time-reversed situation. The particle now traverses its trajectory in the opposite sense, but the really important thing is that your initial conditions now include an incoming pulse of radiation. This pulse will coincide with the particle at the bend in the trajectory. After that, it will destructively interfere with the pulse radiated by the particle, and that will leave no radiation in the end. The combination of both pulses will exert the extra force to make the particle what it should, instead of what the time-reversed $\mathbf F_\text{ext}$ would have shaped.

Your dynamics are therefore completely time-reversal invariant. By a weird "coincidence", you can describe the incoming pulse of radiation in the time-reversed version using the advanced Liénard-Wiechert potentials. Here it's important to note that this is because the pulse would have been described by the potential $$\text{advanced LWP}-\text{retarded LWP},$$ which is a regular solution to the Maxwell equations, and has no singularity at the particle.

Thus far for the classical understanding of this topic. The above shows that classical EM is indeed time-reversal invariant, but that this invariance requires that you consider the fields to be physical entities in themselves, and time-reverse them as well, boundary conditions and all. While this is not unsatisfactory, it has been a persistent itch on the side of a number of theorists because you can't measure the fields directly. Should it not be possible to make a time-reversal invariant description of electromagnetism purely in terms of the position of the charges?

This is the essence of the Wheeler-Feynman absorber theory, which has its own problems and is not really taken very seriously AFAIK, but is quite beautiful. This postulates that all charges radiate both forward and backward in time, and that the radiation reaction force on a given particle is not an interaction with its own field, but with the advanced radiation 'sent from the future' by the particles that will be influenced by the 'physical' retarded radiation. Again, not something that's currently a part of standard physics, but it's definitely something to read up on.

Not the answer you're looking for? Browse other questions tagged electromagnetism arrow-of-time time-reversal-symmetry or ask your own question.