I'm reading a paper which says

The beam that reflects from a Fabryâ€“Perot cavity is actually the coherent sum of two different beams: the 'promptly reflected beam', which bounces off the first mirror and never enters the cavity; and a 'leakage beam', which is the small part of the standing wave inside the cavity that leaks back through the first mirror.

I understand this. However, the author then writes

If the cavity is resonating perfectly, then the promptly reflected beam and the leakage beam are exactly 180Â° out of phase. In this case the two beams interfere destructively, and the total reflected beam vanishes.

I don't understand why these two beams would be 180Â° out of phase.

This is my (flawed?) understanding: 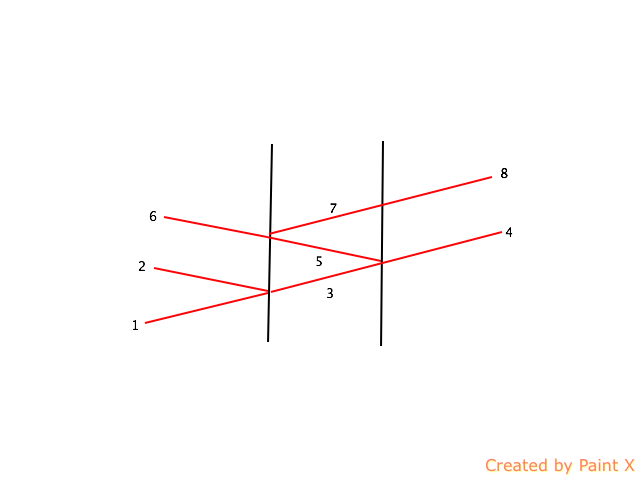 in an F-P cavity such as this...the cavity thickness is quarter wavelength thick, such that 3-5 travels a distance of half a wavelength (180 degrees shift even before accounting for the phase shift due to reflection). when that is accounted for, 1 and 6 are actually in phase. therefore 2 and 6 are still antiphase--antireflection achieved.