What is the difference between a neutron and hydrogen?

Differences? They are both an electron and a proton, since the neutron decays to a proton and an electron, what's the difference between a neutron and proton + electron? so is it just a higher binding energy between the two?

Both a neutron and a proton are bound states of three quarks. Beta decay can convert a neutron to a proton like this $$udd \rightarrow uud + e^- + \bar{\nu_e}$$

Here, one of the down quarks in the neutron gets converted into an up quark, an electron and an antineutrino through the mediation of the weak force. Since the up quark has a charge of $+2/3$ and the down quark $-1/3$, that explains the difference in charge of a neutron and a proton. 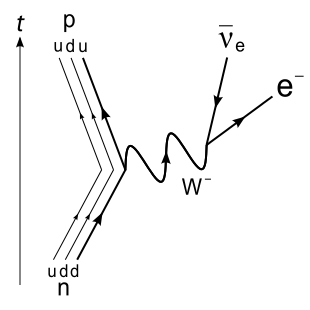 That's what turns a neutron into a proton, not some kind of ejection of an electron out of the neutron, but a genuine transmutation of a fundamental particle (a down quark) through the weak force.

A neutron is a fermion, a hydrogen atom is a boson. This is related to the fact that a neutron decays into three fermions rather than two which is what you seem to think.

A neutron is composed of three valence quarks, $u,d,d$, while a hydrogen atom is made out of $u,u,d,e^-$.

The excited (but still bound) states of a hydrogen atom have energies that differ by at most 13.6 electronvolts. On the other hand, the excitations of a neutron have to add many MeVs, a million times higher energy.

The hydrogen atom is a stable particle - neglecting the proton decay for a while. The lifetime of a neutron is just 15 minutes.

Much more generally, it is a fallacy to imagine that if a particle X decays to YZ, then X is the "same thing" as YZ. One may say that it has the same conserved charges. But conserved charges don't fully define the identity of an object.

The neutron decays into a proton, an electron and an antineutrino. So even the end components are different from Hydrogen which is just a proton with an electron orbiting around it.

The binding forces are also different. The proton and the electron are bound by the electromagnetic force. The neutron by the strong to the rest of the nucleons in a nucleus. When it decays, it decays by the weak force.

Have a look at this presentation for teachers where also you will see what is inside a neutron and a proton and you will understand better the nature of particles.

2
Fundamental difference between neutron and proton
1
Is there any Violation of conservation of mass in positron emission?
1
What is the difference between beta positive decay and proton decay?
3
Why does a “typical” hydrogen atom have no neutron?
1
If Hydrogen's nucleus lacks a neutron, then what is keeping the nucleus stable and the proton inside it?
2
What happens when we constantly observe a neutron?
1
What happens if the bound electron of hydrogen atom gains kinetic energy exceeds binding energy?
0
Why the Binding Energies of Neutron and Proton are different?