Some time ago, I read something like this about the issue of "a final theory" in Physics:

"Concerning the physical laws, we have several positions as scientists

Supposing 3) is the right approach...

Note: The alledged unification of couplings in supersymmetric theories is a hint of "unification" of forces, but I am not sure if it counts as sufficient condition to the existence of a final theory.

Complementary: Is it true that Hawking has changed his view about this question?

I have always believed, since Physmatics=Physics+Mathematics (E.Zaslow, Clay Institute) is larger than the mere sum that the challenge of the final theory should likely offer so hint about how to "evade" some of the Gödel's theorems. Of course, this last idea is highly controversial and speculative at this point.

This is an interesting questionning, rather than question, as I am not sure what is the question stated, because too many issues are questionned or questionnable

I think it is different, but very much related to a previous question regarding the physical provability of the Church-Turing thesis stating that any computing device that can be built will compute no more than what is computable by a Turing machine.

One issue with the Church-Turing thesis is that the concept of proof in an axiomatic theory is fundamentally the same as the concept of a computer program, i.e., a Turing Machine. This is not in the sense that a program can churn out theorems and proofs, as in Ron Maimon's presentation of Gödel's proof, but because a program can be "read" as a proof of its specification ("Given a value x such that P(x) holds, there is a result y such that Q(x,y) holds.") and conversely a proof may be read as a program that actually computes whatever is stated by the theorem. This presentation is of course a very simplified version of a result by Curry and Howard (1980) which is still researched.

We can assume, we must assume, that our way of doing mathematics, including physical theories, is consistant. This is really (to me at least) a physical view of it: we do find inconsistencies, usually called paradoxes, but there are resolved (have been so far) like experimental inconsistencies in physics, by refinements of the théories and evolution of concepts to overcome the difficulty and state the problems appropriately.

Assuming mathematics is essentially consistent is essential, because whatever we can prove should not be questionned by future extensions, if any are physically possible, of the concepts of calculability or provability.

Now some results make deep assumptions that are not always obvious to interpret. In the case of Gödel incompleteness result, one major aspect is that logical formulae, theorems and proofs can be encoded as integers. This means that our logical deduction systems are fundamentally denumerable entities (like Turing machines). If it turned out that a breakthrough in physics allowed us to deal effectively with non-denumerable systems, then results relying on this denumerability would be in question. This is precisely the case for Gödel incompleteness result, as stated (possibly it could come back in another form).

I addressed this denumerability aspect in my answer to the question on the physics provability of Church-Turing thesis. At the time this answer was entirely based on my informal understanding of these issues. Intending to improve a bit on my answer, I looked for some litterature, and the topic is currently actively researched. While my knowledge of this literature remains more than shallow, it seems that my intuition was correct, that a proper handling of the fundamentally discrete (or denumerable) character of calculability, and provability, is essential in the current state of the art, for deriving Church-Turing thesis from the laws of physics, and that continuity or real numbers are a major issue.

One approach I have looked at (I am limited to papers in open access on the web) relies on assuming a specific property of the physical world, presented as dual of the limitation on the speed of light and information, which is a limitation on the space density of information, both limitations together ensuring density limitation in space-time. The translation of this new law in physical terms can actually be subtle to account for various existing physical laws. This apparently excludes unregulated use of real numbers.

If this limited density law is actually verified, I think it would also mean that Gödel theorem is also a consequence of physical laws.

Whether such a limited information density law is actually verified is another matter. If it is not, then doors remain open for an extension of the concepts of calculability and provability.

In such a case, assuming that our mathematics are otherwise consistent, all provable results would remain provable, but we might be able to prove new theorems that were true but not provable in the classical denumerable setting.

Note that even with Gödel's result being valid, there could be a possibility of a theory of Everything, in which all true facts regarding the universe would indeed be true. It is just that you would not be able to prove it (so that the universe would keep some mystery for us to wonder in starry nights). 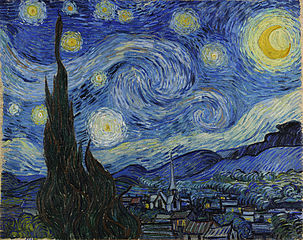 On the other hand, there could be no such theory of everything. But, what would the ultimate definition of a theory if physics allowed us to question the discrete nature of the language in which they are expressed ?

For the rest, other than taking 42 as ultimate answer, I can only suggest leaving the matrix to get the Truth about our world, or reading Simulacron-3.

There exists the platonic/pythagorian view, that mathematics exists in an idea space that nature fulfills. In this case mathematical proofs have a meaning for observations also.

On the other hand there exists the view that mathematical theories modeling nature can never be proven correct, they can only be validated by data or falsified even by one datum.

The answer to your summary depends on the philosophical orientation of the answerer.

At some point, when I was learning quantum mechanics I was of the platonic school: that mathematics is a matrix that nature will fulfill. After years doing experiments I am of the second view , that the more we dig the more we find that cannot be modeled by the latest theory; it is a never ending task.

In my view a theory can never be proven, only validated by data, so this question has no answer.

In my view , since it is an open ended search of mathematical theories to describe data the theorem is fulfilled.

My idea of a final theory is that all possible experimentally doable situations will have a calculable answer from basic principles in a logically manner. I don't think that this would violate godel's theorem in any way. For example in any situation in plane geometry will have a precisely calculable answer in that sense it is complete.

Notwithstanding these very good reasons for believing 'The Final Theory in Physics' must be incomplete, lets assume, for the sake of argument, that such a theory did exist, and was both consistent and complete, contradicting both of Gödel's Incompleteness Theorems; such a theorem could then prove its own consistency, the question would become 'How complex would proofs be involving this theorem?' Would proving the consistency or completeness of this 'The Final Theory of Physics' be an NP-complete problem? What about proving both consistency and completeness?

The following are possible:

Option 1. A 'Final Theory of Physics' exists that is both consistent and complete.

Although we've already shown that it could not be complete, we've assumed otherwise. We know that there are physical problems in Quantum Mechanics that are NP-Complete hard, so if it were a Final Theory and complete, proving this would also be an NP-Complete hard problem since proving some of its parts are. Similar reasoning shows that proving it's consistency would also be NP-Complete, so proving this theory to be both complete and consistent will take beyond the age of the universe.

Option 2. A 'Final Theory of Physics' exists that is consistent, but is not complete - with the following possibilities:

2.1. Proving the consistency of this theory is an NP-complete problem, so effectively not provable (at least not in the age of the universe)

2.2. Proving the consistency of this theory is not an NP-complete problem and is provable in some finite amount of time.

Looking at 2.2, we've already shown that because NP-Complete problems exist in Quantum Mechanics, which would be parts of the Final Theory, proving the consistency of the theory is an NP-complete problem, which contradicts our presupposition in 2.2. So Option 2.2 is impossible.

Option 3. A 'Final Theory of Physics' exists, that is complete, but not consistent.

Because the theory in this option is not consistent, we could both prove and disprove that it is complete, a contradiction. Any theory that contradicts itself is useless as a theory. This option's 'Final Theory' is useless.

Option 4. A complete 'Final Theory of Physics' does not exist, but better and better aggregate approximations exist which are consistent, but not complete, which give us better understandings of the laws of physics over time (I am assuming the laws of physics are universal since the non-universality of physical laws is another topic entirely).

What can we conclude from this? We can conclude that even if such a Final Theory exists that is consistent, it is going to be impossible to prove that it is the 'Final Theory', whether or not it is complete. So there is really no way to know once we've discovered the 'Final Theory'.

Not the answer you're looking for? Browse other questions tagged mathematical-physics experimental-physics theory-of-everything or ask your own question.

-2
Is there a mathmatical theory to explain all physical phenomena?
48
Does Gödel preclude a workable ToE?
18
Is physics rigorous in the mathematical sense?
8
Church-Turing hypothesis as a fundamental law of physics
10
What is the next step beyond quantum computation?
13
If a theory of everything exists, is it necessarily unique?

48
Does Gödel preclude a workable ToE?
7
Set theories used in mathematical physical theories
44
Is there something similar to Gödel's incompleteness theorems in physics?
35
Can a mathematical proof replace experimentation?