Some black holes emit jets that are rapidly circling the poles of what appears to be a sphere at the center of the black hole, cf. Fig. 1. 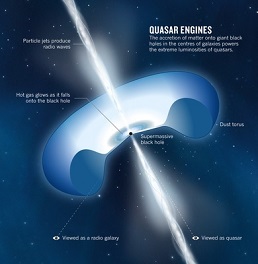 Is there really a sphere here and how far (relative to the event horizon) are people seeing these jets start?

So far there are no observations of a black hole with anywhere near enough resolution to resolve this. The black sphere is called the event horizon and represents the point where, because of the huge deformations to spacetime and its causal structure, not even light could escape. This is in principle observable (though only the Milky Way's central black hole is close enough to resolve it); see e.g. this answer.

The jets, on the other hand, have mostly been observed when Earth happens to lie in their line of sight - inside the jet, and luckily quite far away! Some jets have indeed been observed in noncollinear geometries, such as the one in M87, but we do not have the resolving power, at those distances, to observe the jet's launching region. For many black holes closer in - like the central black hole in the Milky Way - we do have plenty of indirect evidence that jets exist, but it's hard to observe them directly.

(Thanks to kleingordon for the correction.)

Not the answer you're looking for? Browse other questions tagged black-holes astrophysics event-horizon relativistic-jets or ask your own question.

21
Direct observations of a black hole?

3
Black-holes are in which state of matter?
0
(Polar jets) Is it possible that black holes radiate substantial amount of the mass/energy they accrete?
21
How can Quasars emit anything if they're black holes?
5
Is the event horizon of black holes visibly sharp, or blurry?
18
So Black Holes Actually Merge! In 1/5th of a Second - How?
12
Can you have black holes in your black holes?
8
What is the region of space that exists at the center of mass of merging black holes?