Let's assume that, two stones are thrown at two points which are very near, then you will see the following pattern as shown in the figure below: 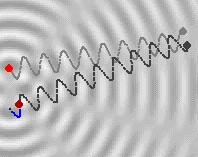 let's mark the first point of disturbance as $S_1$ and the other as $S_2$, then waves will be emanated as shown above. By having a cross-sectional view, you will see the same waves as shown in the figure below (in the below explanation wavelengths of waves emanated from two different disturbances is assumed to be the same).

If two waves have zero phase difference, then their crests occur at the same time and so do their troughs. Its like moving together. They will add up (constructive interference).

For only one wave, phase difference means how much the wave is shifted from the origin. Like in your example, Acos(wt + Φ), at time t=0, cos has some value other than 1. So, the cos wave is slightly shifted by Φ. Physically, what this means is when u started measuring the time, the system oscillates, not from either origin or amplitude, but somewhere in between.

Ofcourse, the concept of phase difference is not useful if there is only one wave. You could always choose time to start from when the system is at an extreme position. Phase difference concept is useful when there are atleast 2 waves, then when u start the time when one wave starts from zero, the other wave could already be in some other position.

Consider two waves coming from different places and arriving at the same point. Also, let those two waves initially be in phase (i.e when one wave is at a maximum so is the other one). Furthermore, let the wavelength of each wave be the same (i.e. the distance between consecutive maximums).

Now let the first wave travel a distance equal to ten times its wavelength. Let the second wave travel a distance equal to 10.5 times its wavelength. That means that upon arriving at the same point, if the first wave is at a maximum then the second wave is at a minimum. We call this 180 degrees out of phase.

From this simple case, we can see that if both waves travel an integer number of wavelengths before interfering with each other, then the two waves will be "in phase" (assuming that both waves started out in phase). However, if one wave travel's some fraction of a wavelength more than the other than there will be a phase difference $\phi=2\pi * \text{(path difference)}/\text{wavelength}$. This formula satisfies the simple example above and is easier to see if you draw out some cosine or sine waves (note that a cosine wave is just a sine wave phase shifted by $\pi/2$.

Path difference and Phase difference are very similar things. Let me show this in a bit more intuitive way!

In our world, we have "good" waves and "bad" waves (atleast for calculations) 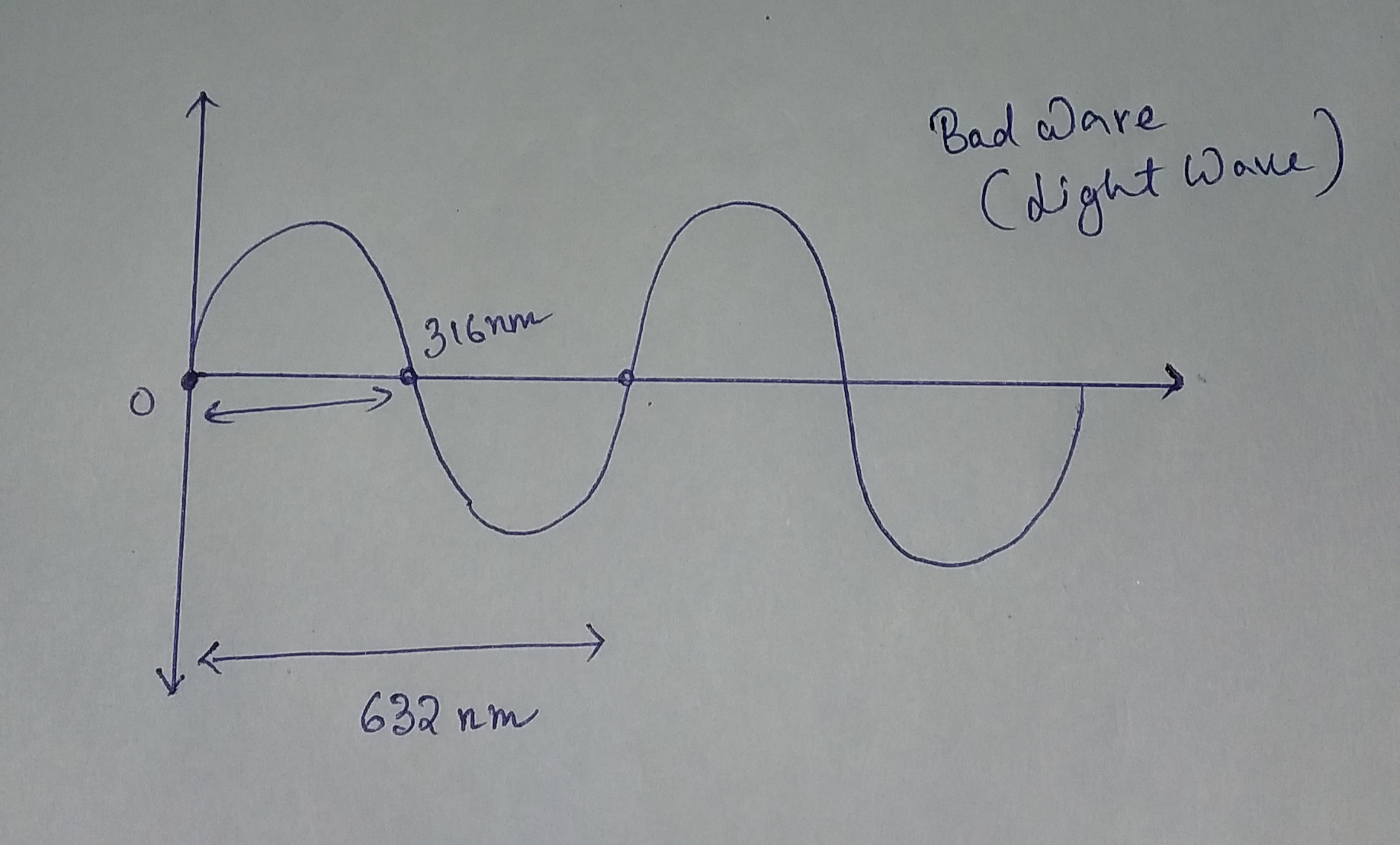 What happens to a bad wave?

Well, we really love to work with $\pi$ rather than with plain numbers like $632nm$. You will get to know why.Just read till the end.

Suppose a physicist is given two coherent sources of light of wavelength $600nm$ (lets say, for performing Y.D.S.E). 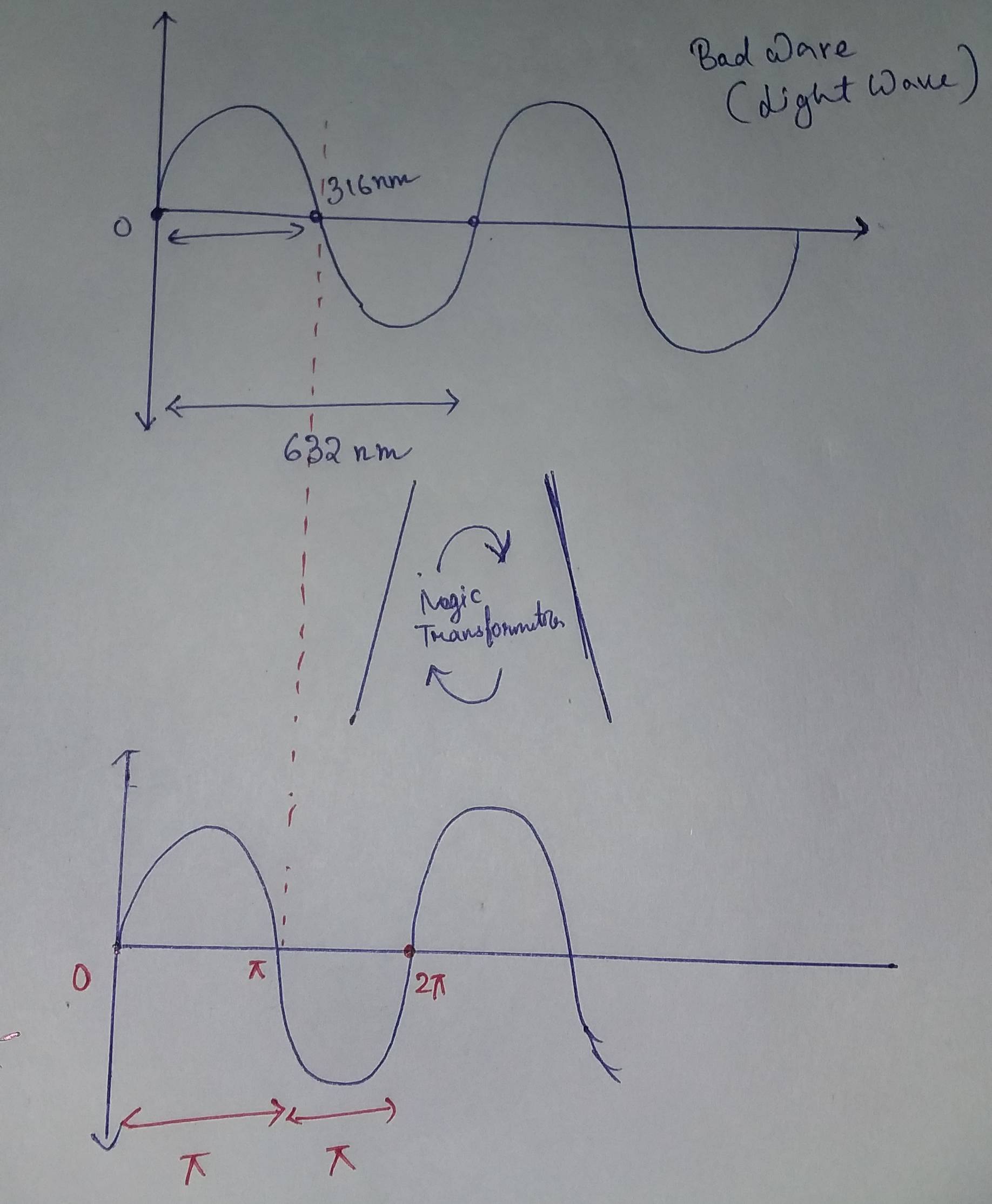 Now the physicist does all his calculations on the new transformed wave. Suppose he transformed the light waves of the two sources in the similar way and finds that the difference between two nearest crests of the two waves is $\pi$ (a.k.a phase difference) 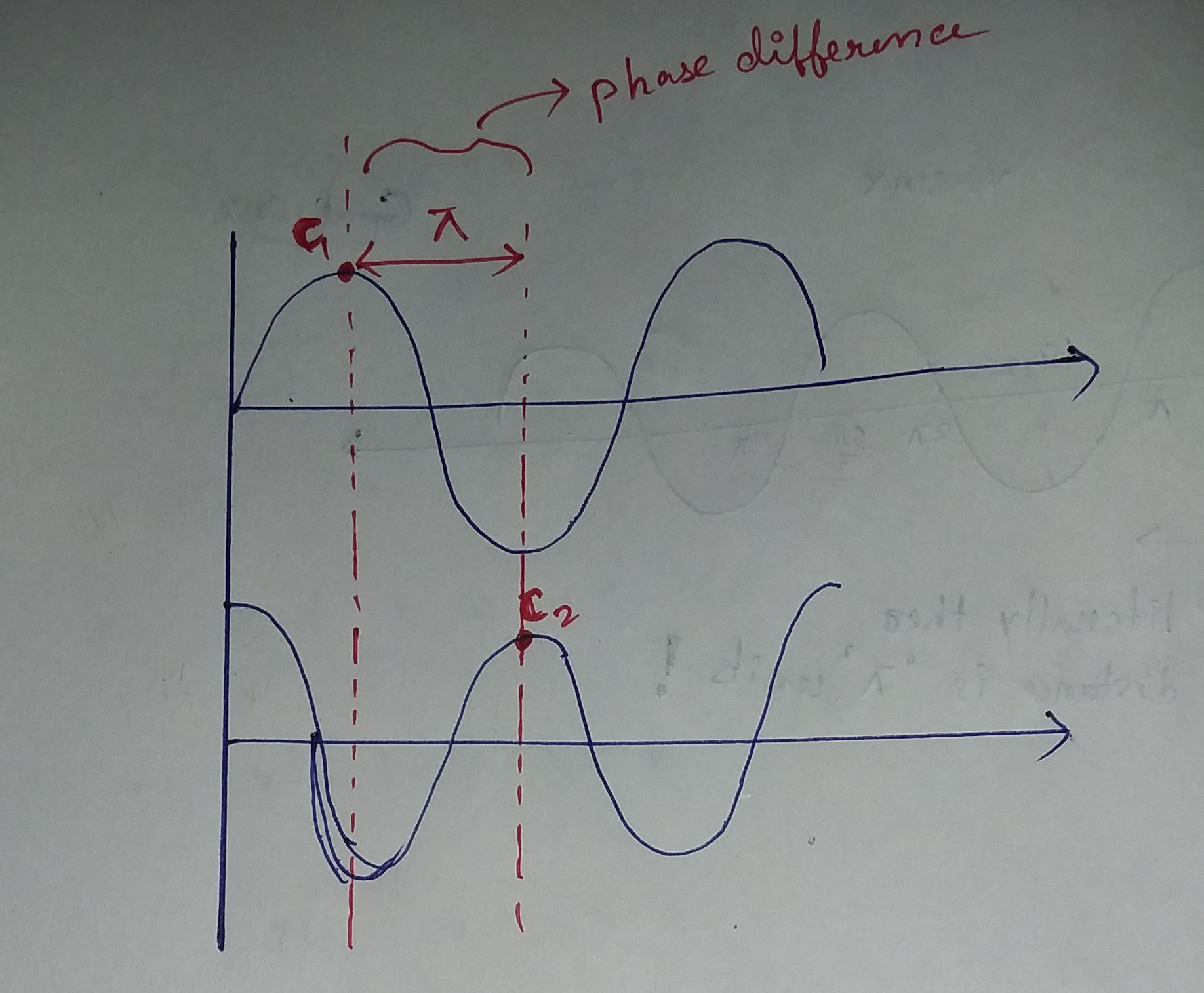 Since $600nm$ (wavelength of real light) in real light corresponds to $2\pi$ in transformed wave, therefore ,

Now, the moment of truth. This $\Delta x$ that you calculated is the phase difference of real waves. This is also known by the term "path difference"

The optical path difference is the length difference $d$ (dimensions of length: $[L]$) in the paths travelled by two different rays from one plane, at which they are typically assumed to have the same phase, to a second location (typically another plane, surface or point).

Light is a wave with a wavelength of $\lambda$, or corresponding angular spatial frequency of $k = 2\pi/\lambda$ (dimensions of inverse length: $[L^{-1}]$). As a wave propagates through space it accumulates phase at a rate of $k$.

Note that when $d=\lambda$ the phase difference is $\phi=2\pi$ as expected.

Suppose two waves, from S1 and S2 respectively, are meeting at a point P. The path difference will be equal to S2P-S1P. Note that the difference is always a whole number of wavelengths i.e. Nx(wavelength)

MikeMike
1
$\endgroup$
2
Add a comment  |
Highly active question. Earn 10 reputation (not counting the association bonus) in order to answer this question. The reputation requirement helps protect this question from spam and non-answer activity.

Not the answer you're looking for? Browse other questions tagged waves terminology or ask your own question.