Is the tide on Earth caused by curvature of spacetime

The tide on Earth appears absolutely whenever the moon is overhead. Is that tide caused by spacetime, re-curvature in space or attraction gravity?

Well, basically gravity is a consequence of curved spacetime!

Space-time is distorted by the presence of mass. This results in any other mass in the vicinity being attracted to it. This attractive force is called gravity. So, basically gravity is caused because masses curve space-time.

First,tides can also occur when the moon is directly below us.Tides occur at an interval of 12 hrs so twice a day.

Now,we don't need curvature of space to explain tides on earth.They can simply be explained by Newtonian gravity.

Consider the situation as shown in the figure. 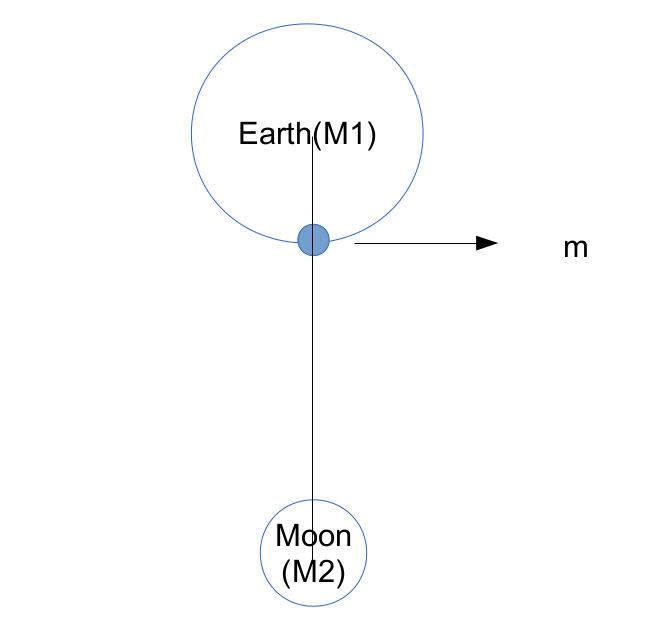 m stands for some small mass relative to $M_1$ and $M_2$ which represents say the oceans.

$d=$distance between earth and moon,

$\hat{r}$ is the radius vector from the earth towards the moon.

Now expanding the first term as a Taylor series and neglecting terms of order three and higher($d>>R_1$):

If we were to repeat our calculation for the mass $m$ on the other side of earth,we would observe this "tidal force" to point away from the moon which makes $m$ go away from the earth.This leads to the familiar shape of earth's oceans. 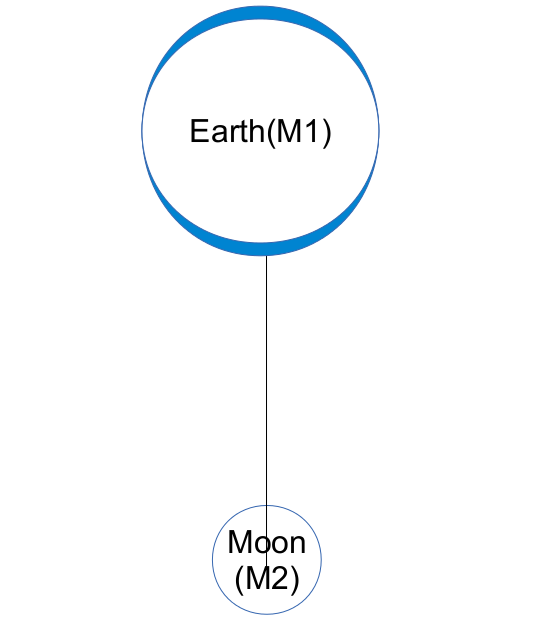 The oceans , seas , all objects in the earth are already masses added to the earth and objects attracted to it because the total mass earth had already distorted the space time curvature and any object in the vicinity will follow geodesic lines to the center of that mass, which in turn will be thought of gravity forces. This is according to relativity theory but another explanation if we cosider Newtonian mechanics in which case it is the force of gravity attraction between the earth and other objects that cause the objects tied to the earth. This force is $$F=Gm.M/r^2$$, where $F$ is the attraction force , $M$ is the big mass, $m$ is the small mass , $r$ is the distance between the two masses. It is clear that if $r$ approaches zero then the force of attraction can approach infinity and that there is no way for oceans or seas or objects to escape the earth

Not the answer you're looking for? Browse other questions tagged general-relativity gravity spacetime curvature tidal-effect or ask your own question.

65
How exactly does curved space-time describe the force of gravity?
28
Does the curvature of spacetime theory assume gravity?
7
Alternate layman's metaphors for illustrating curved space-time
3
How does the Moon cause the tides?