Polarisation of Light and Atomic Excitation

How does an atomic transition between ground and excited states depend upon the direction of polarisation of incident light?

To think about what happens when light puts atoms/molecules into excited states and then the atoms/molecules spontaneously emit light sometime afterwards, one applies the principles of conservation of energy, momentum, and angular momentum to the light/atom/environment system as a whole. Polarisation relationships are about conservation of angular momentum. To understand this last statement, see, for example, the chapter called "Angular Momentum" in the third volume of "the Feynman lectures on physics". What does this mean practically? We think of three different cases: 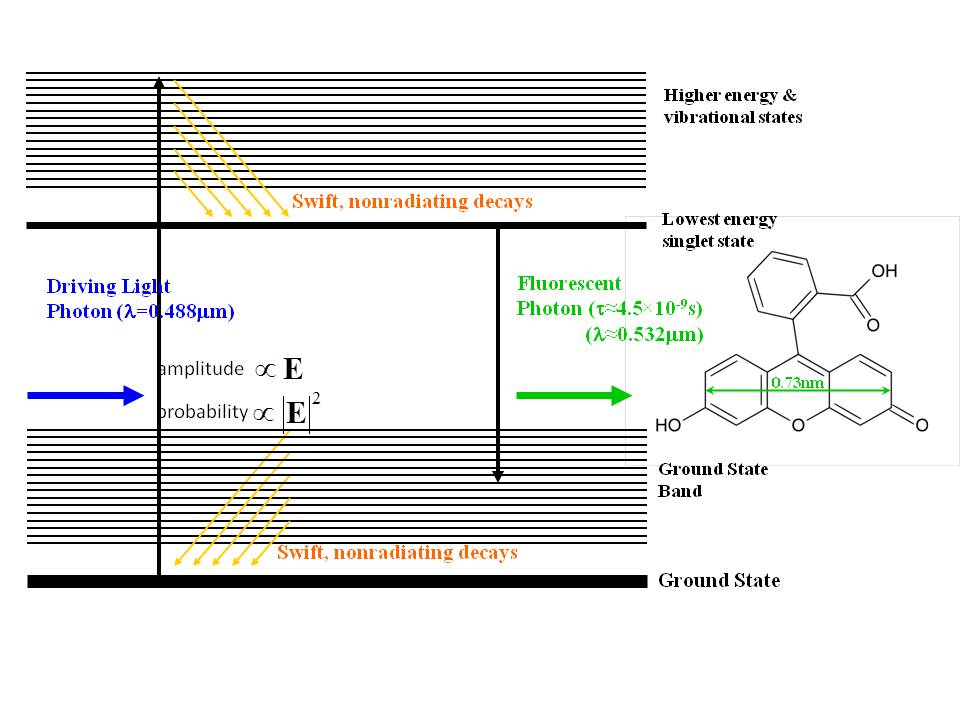 Since atom is spherically symmetric, there is no given direction and the transition dipole moment points everywhere. Hence, there will be no preference to the polarization of light. However, you can impose a direction, for example, by applying electric field. Then the transition dipole moment will be oriented and the interaction with light will depend on its polarization.

Not the answer you're looking for? Browse other questions tagged quantum-mechanics quantum-optics spectroscopy or ask your own question.

13
If photons carry 1 spin unit, why does visible light seem to have no angular momentum?

13
What is the difference between Raman scattering and fluorescence?
11
Stimulated emission and No cloning theorem
0
Flip of polarisation of light
21
Why do lines in atomic spectra have thickness? (Bohr's Model)
0
Ramsey spectroscopy of atoms — Heisenberg Picture
0
Collapse operators in multi-level atomic systems?
0
Is the polarisation field stimulated emission?
1
Is the instantaneous polarisation direction of circularly polarised light observable?
1
What enduces transition in a two-state Quantum Mechanical system?